70 Best Quotes About Speaking The Truth

1. “When someone loves you, the way they talk about you is different. You feel safe and comfortable.”-Jess C. Scott 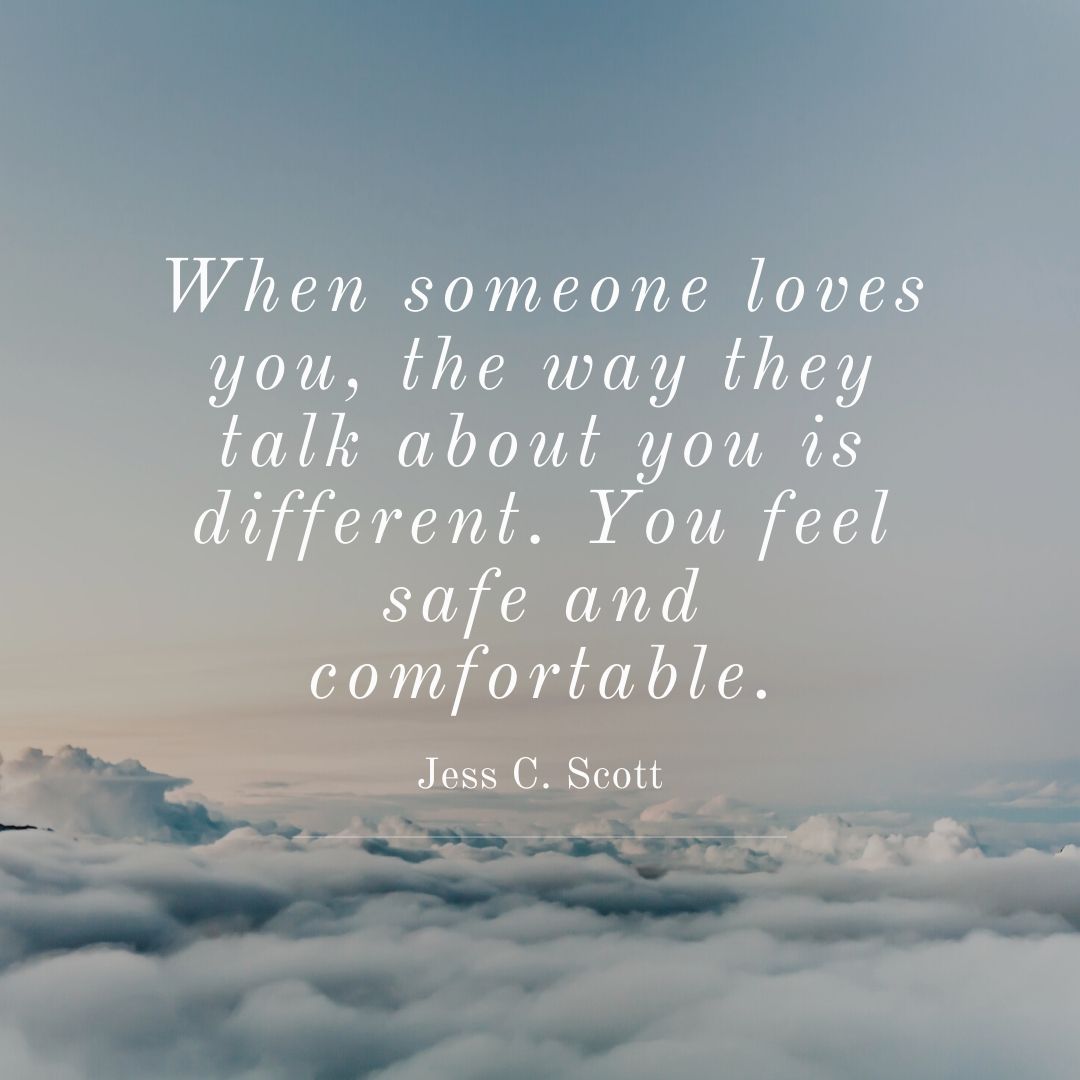 2. “The truth.” Dumbledore sighed. “It is a beautiful and terrible thing, and should therefore be treated with great caution.”-J.K. Rowling

3. “The truth will set you free, but first it will piss you off.”-Joe Klaas

4. “Perhaps one did not want to be loved so much as to be understood.”-George Orwell 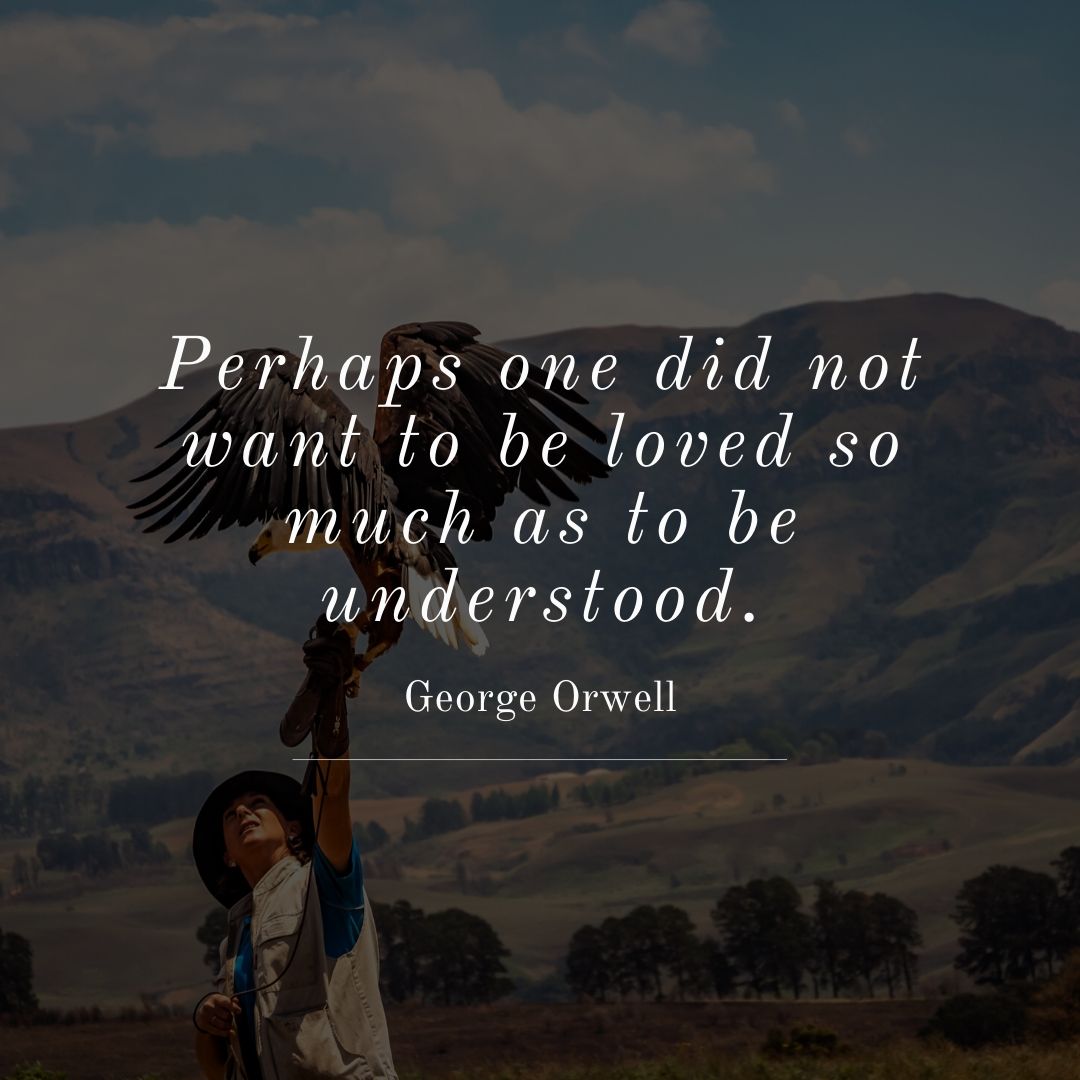 5. “When I despair, I remember that all through history the way of truth and love have always won. There have been tyrants and murderers, and for a time, they can seem invincible, but in the end, they always fall. Think of it–always.”-Mahatma Gandhi

6. “Facts do not cease to exist because they are ignored.”-Aldous Huxley

7. “I believe in everything until it’s disproved. So I believe in fairies, the myths, dragons. It all exists, even if it’s in your mind. Who’s to say that dreams and nightmares aren’t as real as the here and now?”-John Lennon 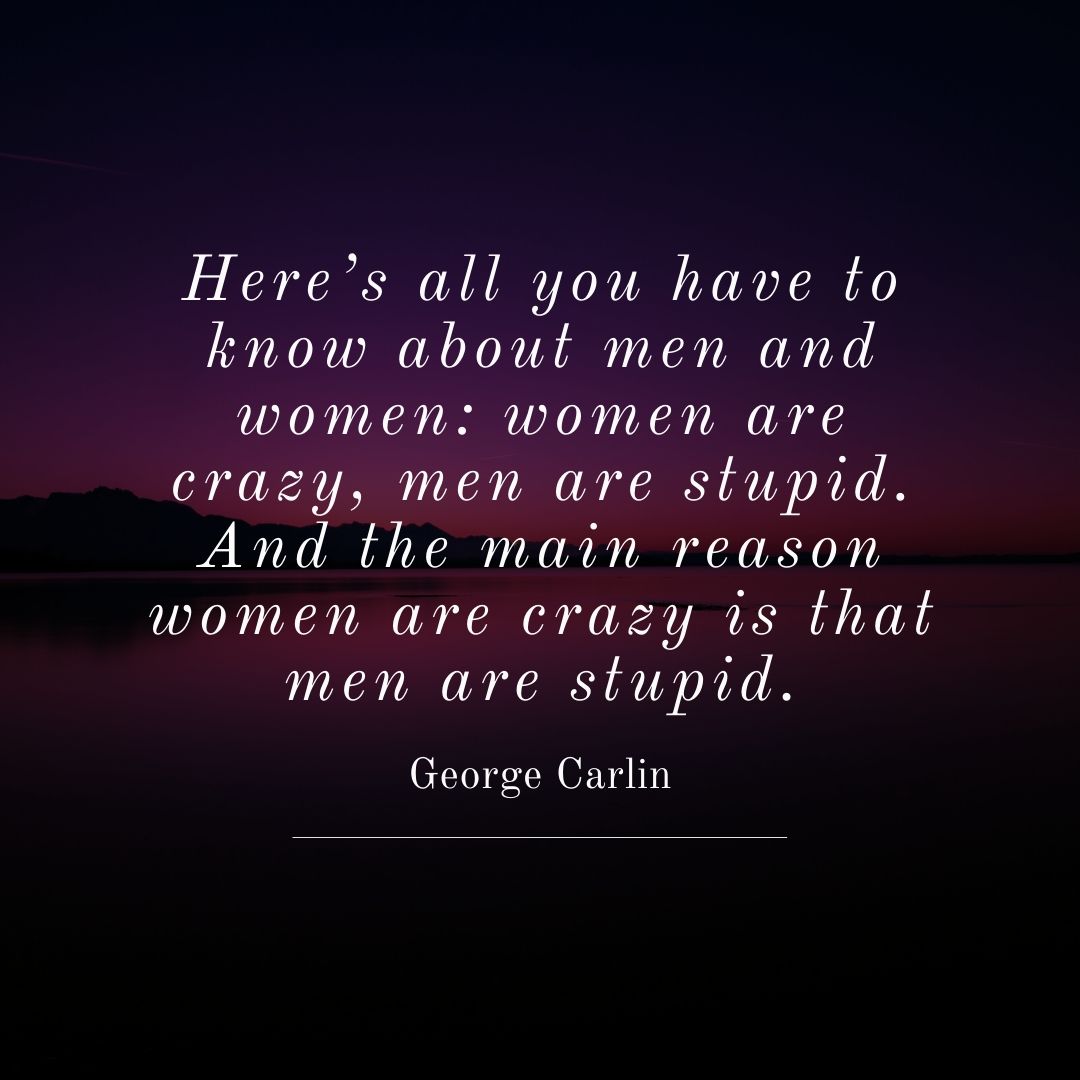 9. “In a time of deceit telling the truth is a revolutionary act.”-George Orwell

10. “Books are mirrors: you only see in them what you already have inside you.”-Carlos Ruiz Zafon 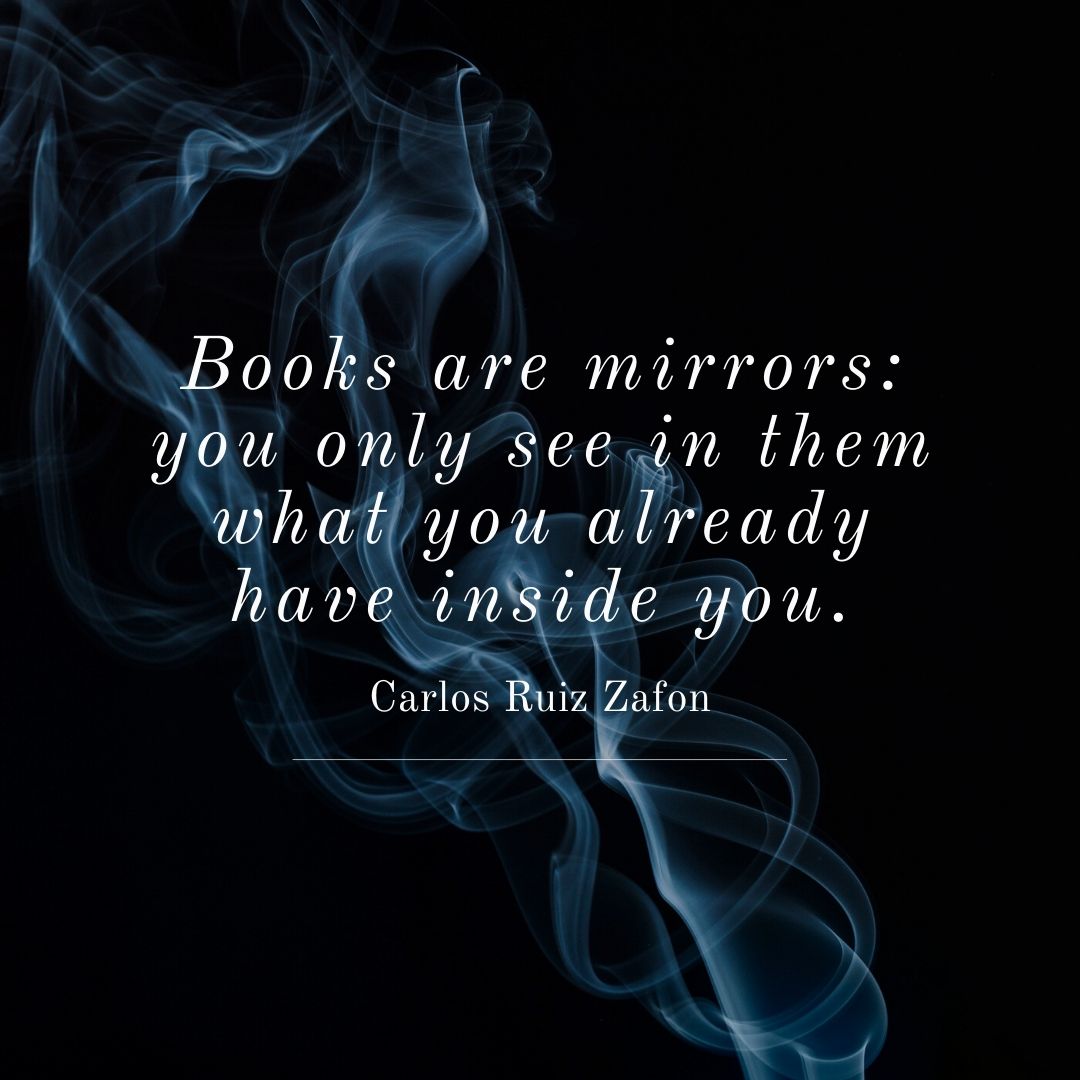 11. “The truth does not change according to our ability to stomach it.”-Flannery Connor 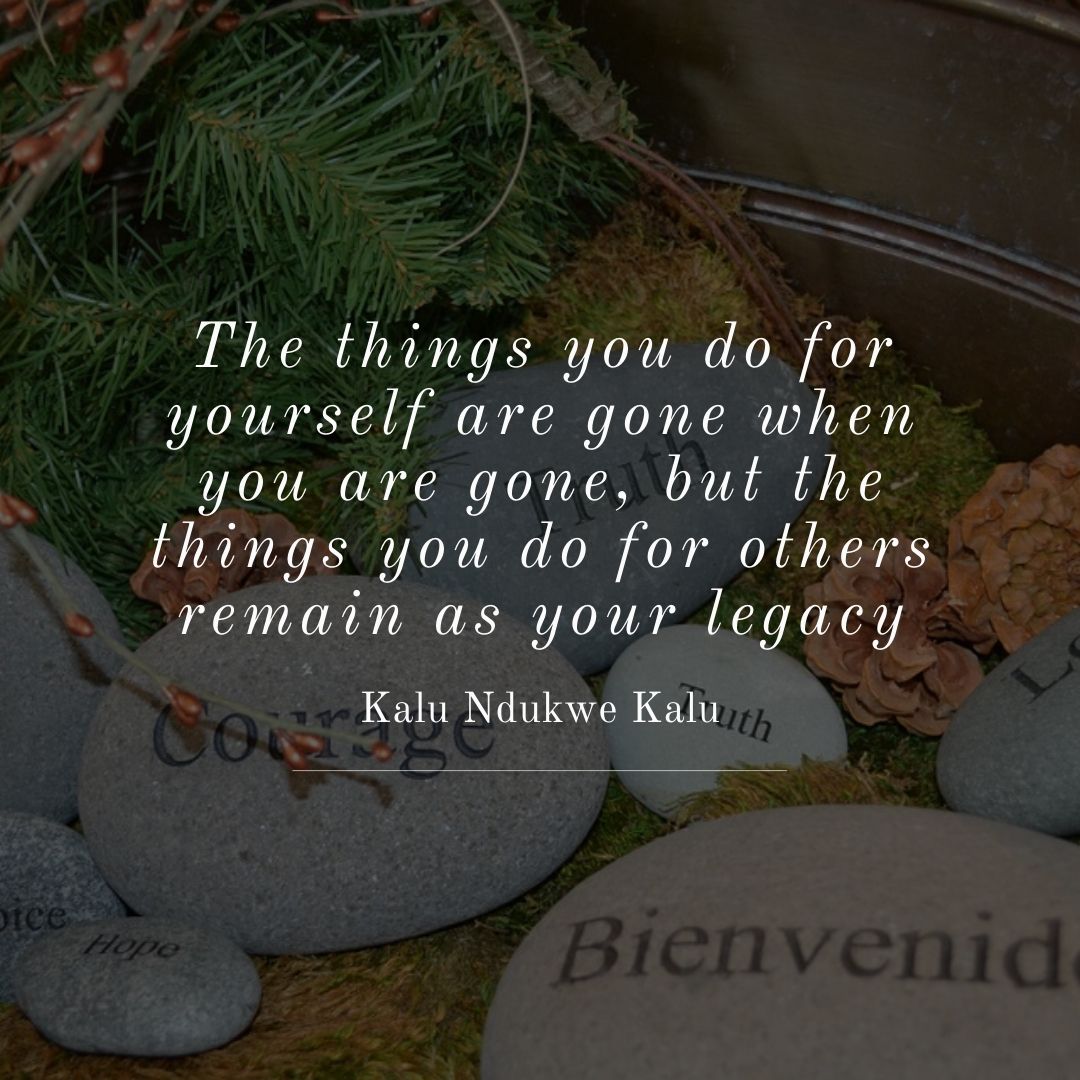 14. “Rather than love, than money, than fame, give me truth.”-Henry David Thoreau 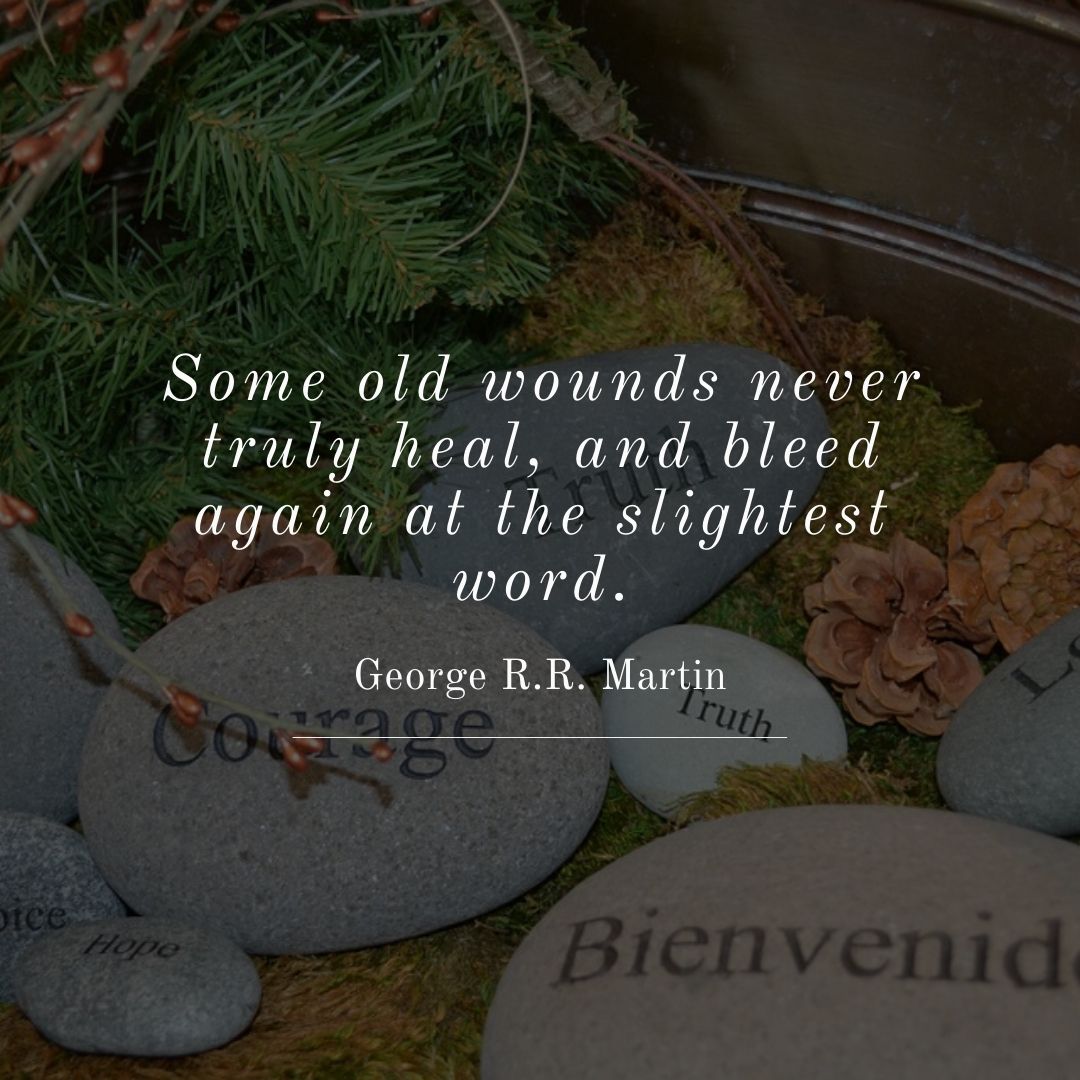 16. “The best way to find out if you can trust somebody is to trust them.”-Ernest Hemingway

17. “It’s enough for me to be sure that you and I exist at this moment.”-Gabriel GarcÃ­a MÃ¡rquez 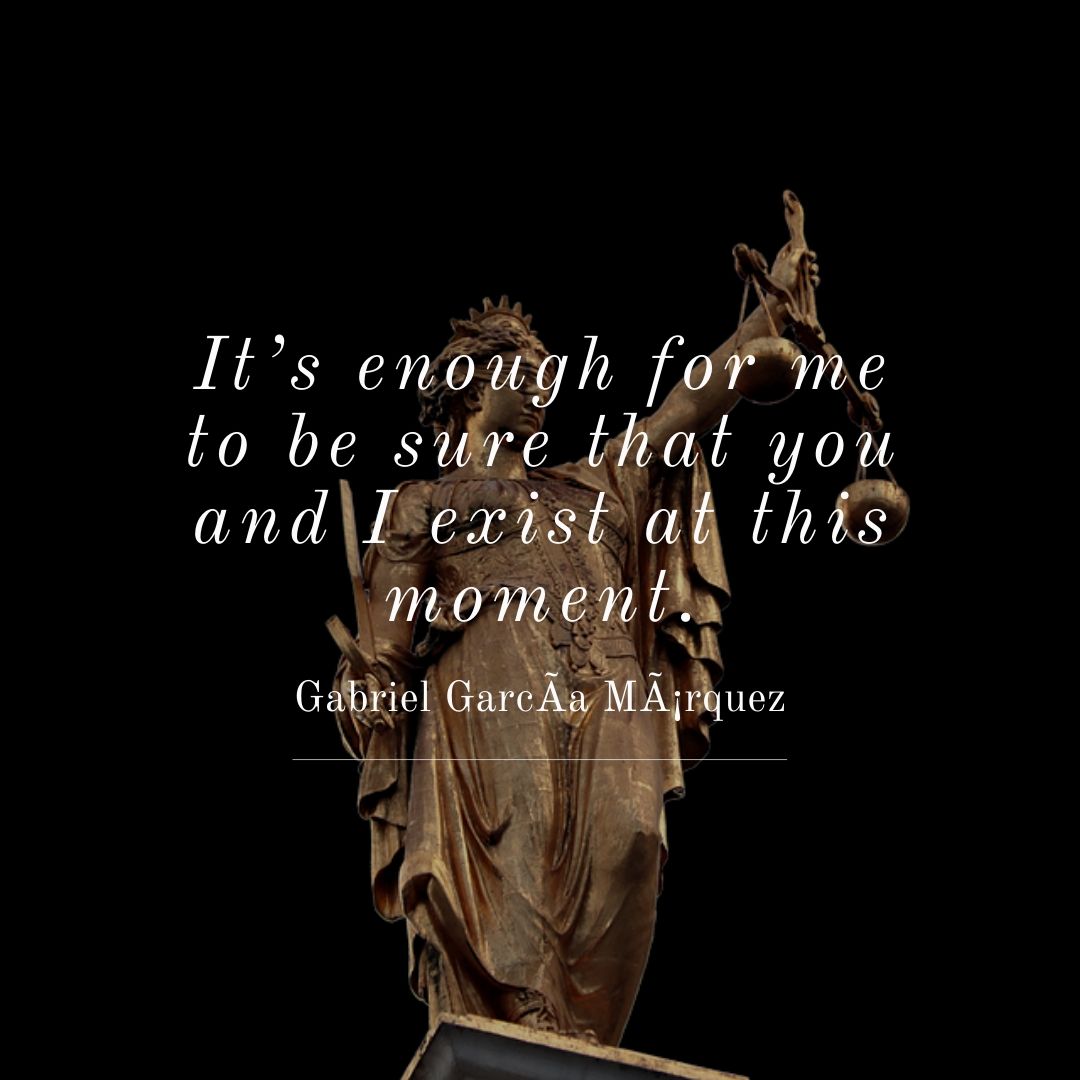 18. “There are no facts, only interpretations.”-Friedrich Nietzsche

19. “There are three types of lies — lies, damn lies, and statistics.”-Benjamin Disraeli

20. “It is my belief… that the truth is generally preferable to lies.”-J.K. Rowling 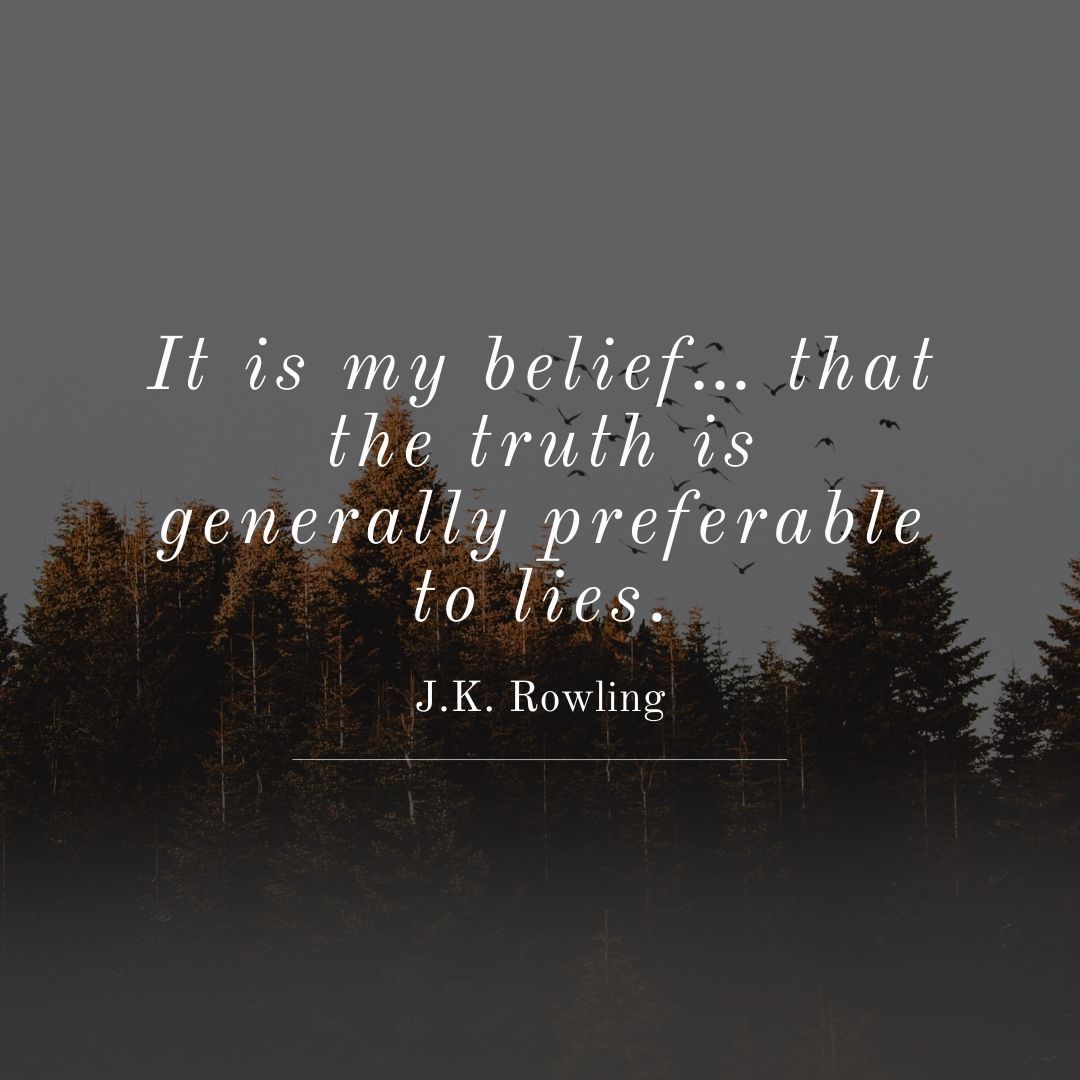 22. “All you have to do is write one true sentence. Write the truest sentence that you know.-Ernest Hemingway 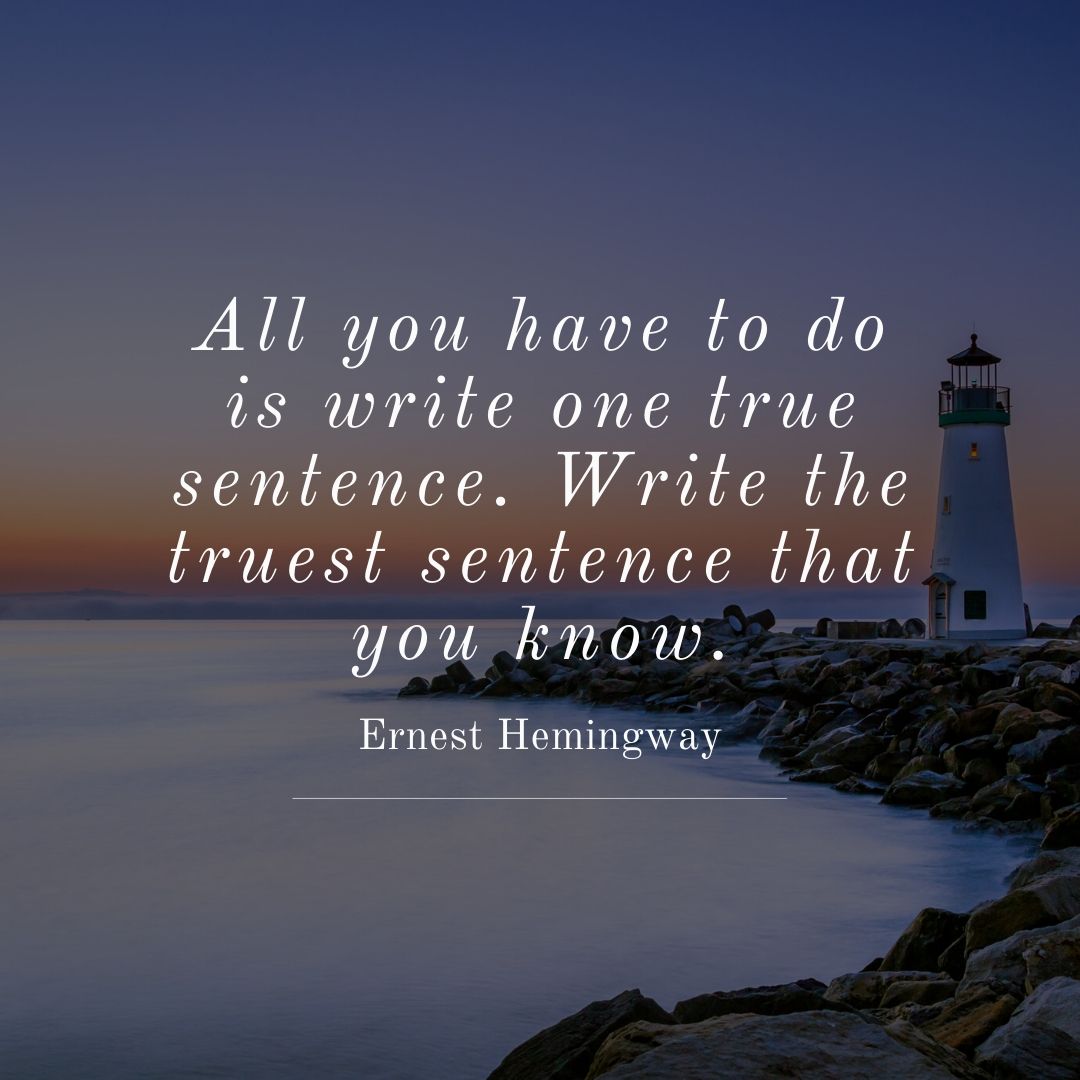 23. “The past has no power over the present moment.”-Eckhart Tolle

24. “No persons are more frequently wrong, than those who will not admit they are wrong.”-FranÃ§ois de La Rochefoucauld

25. “If there’s a single lesson that life teaches us, it’s that wishing doesn’t make it so.”-Lev Grossman 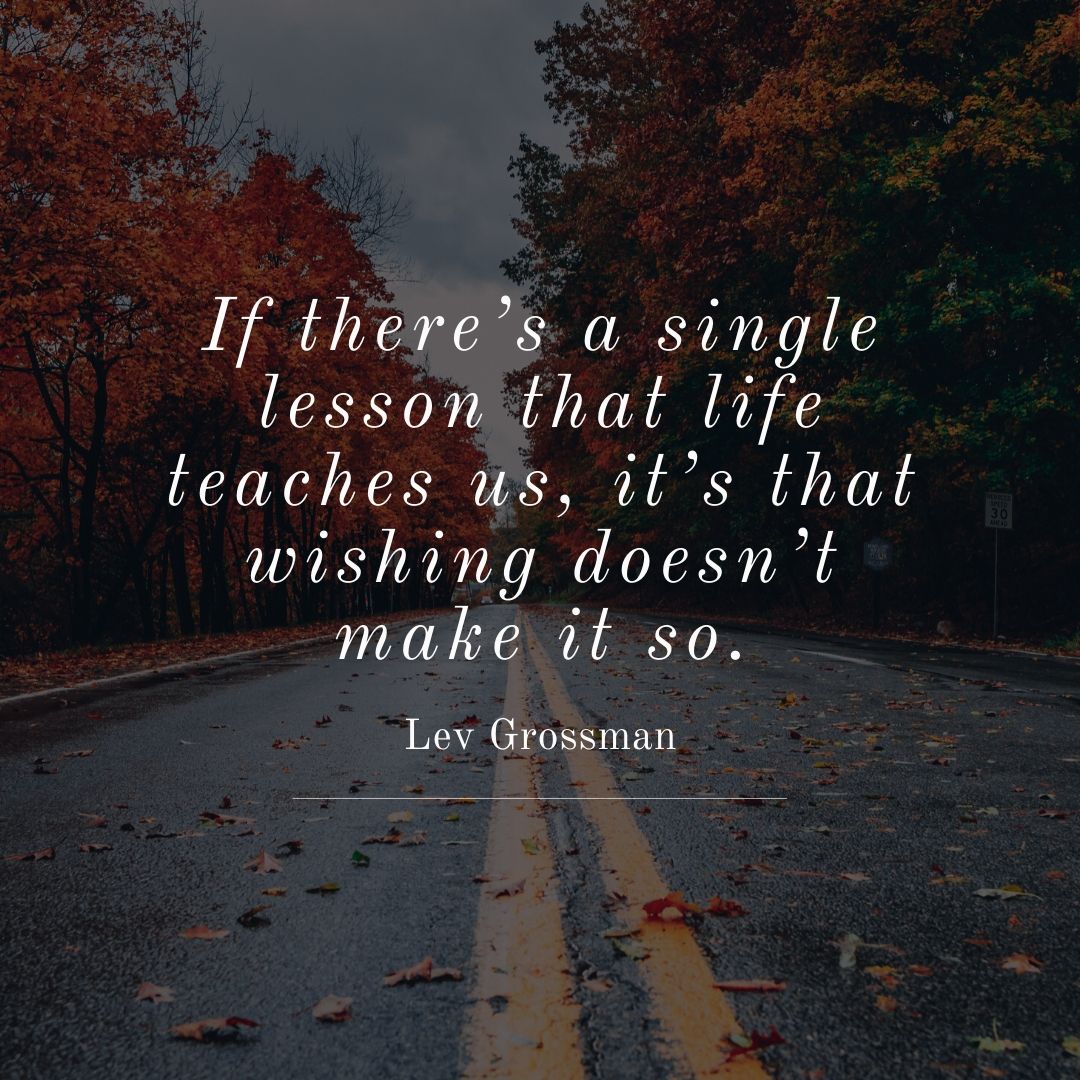 26. “Don’t bend; don’t water it down; don’t try to make it logical; don’t edit your own soul according to the fashion. Rather, follow your most intense obsessions mercilessly.”-Franz Kafka

27. “I have learned now that while those who speak about one’s miseries usually hurt, those who keep silence hurt more.”-C.S. Lewis

28.“Better a cruel truth than a comfortable delusion.”-Edward Abbey 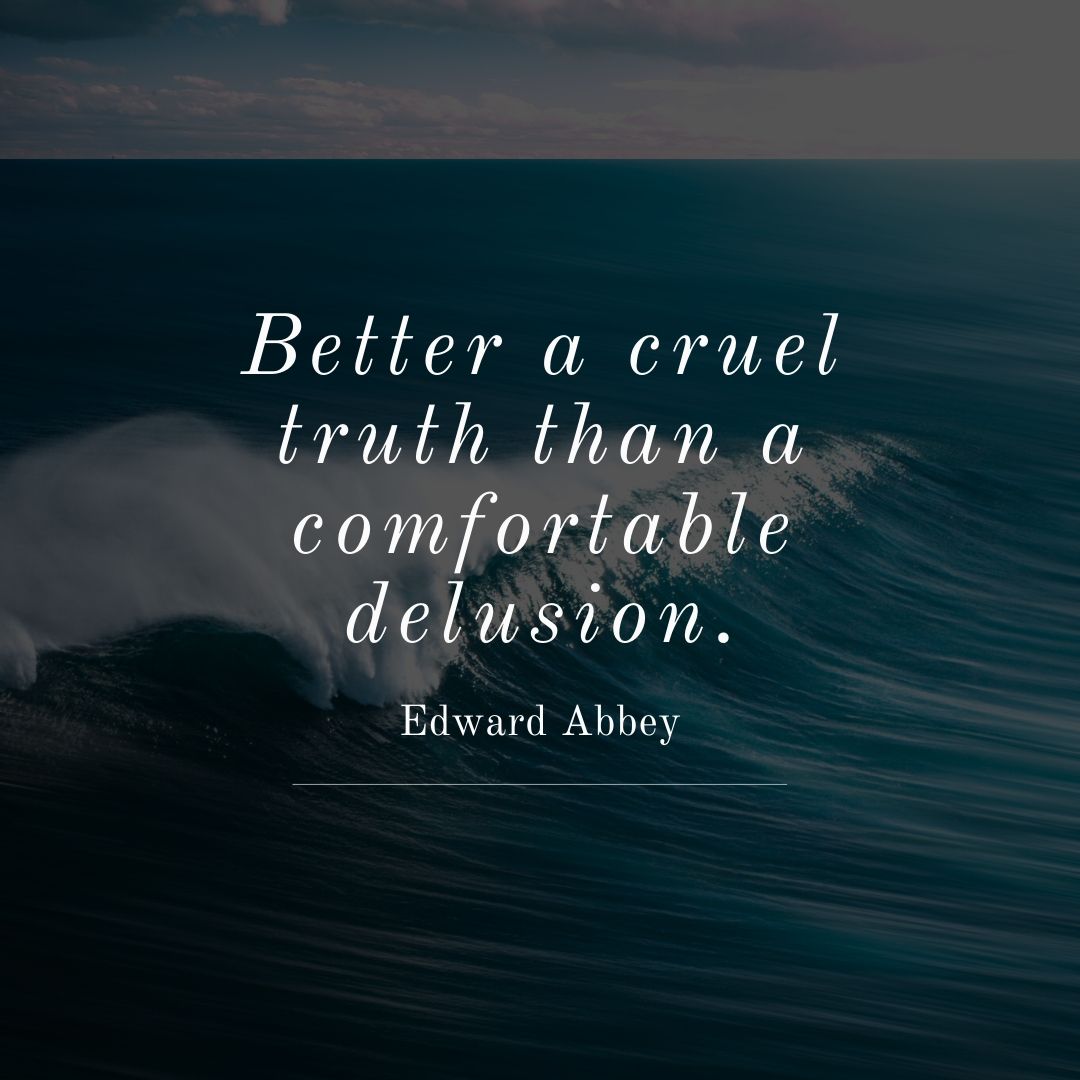 29.“The only truth is music.”-Jack Kerouac

30. “To be fully seen by somebody, then, and be loved anyhow – this is a human offering that can border on miraculous.-Elizabeth Gilbert

31. “The truth will set you free. But not until it is finished with you.”-David Foster Wallace 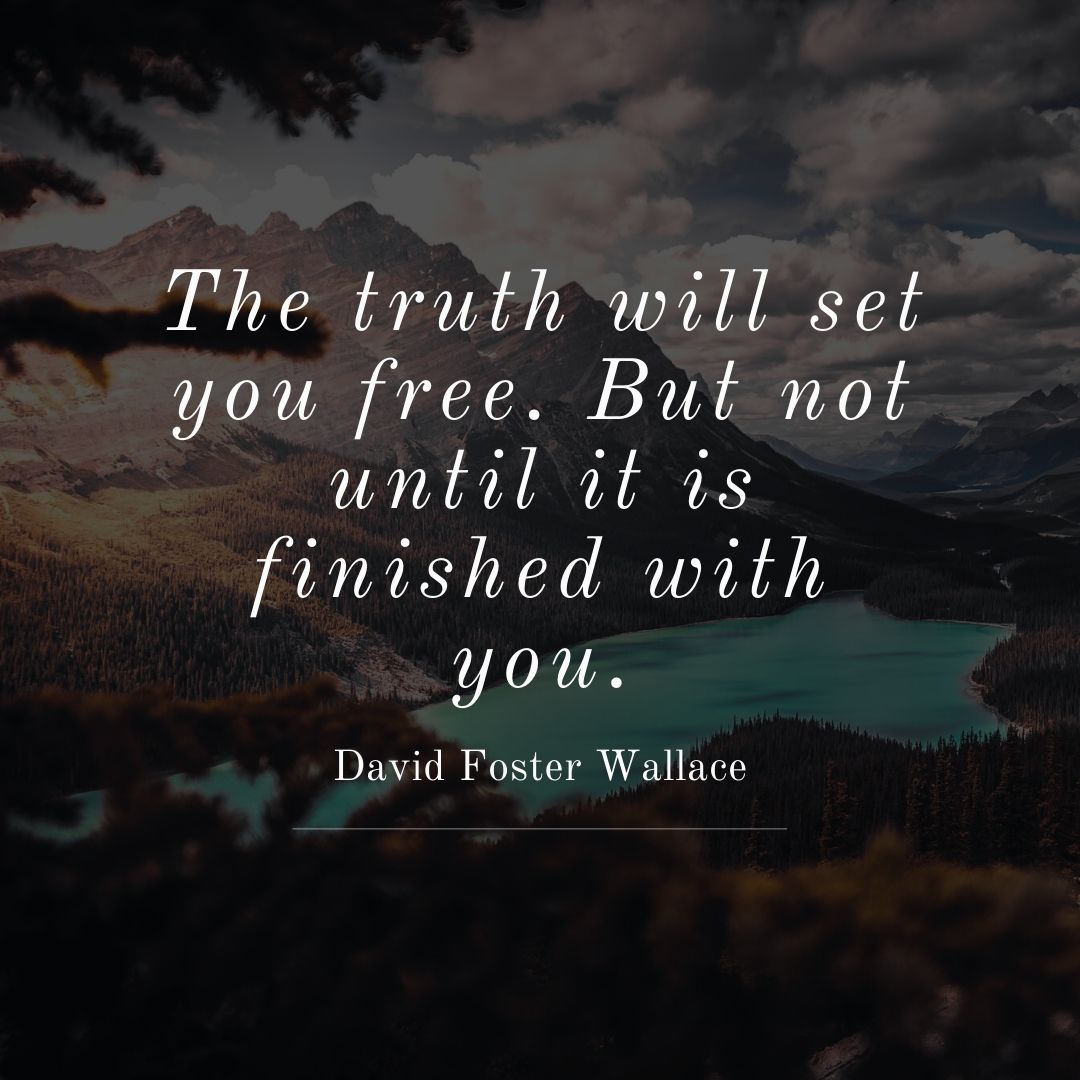 32. “Most men would rather deny a hard truth than face it.”-George R.R. Martin

33. “Sometimes it takes a good fall to really know where you stand”-Hayley Williams

34. “It is better to offer no excuse than a bad one.”-George Washington

35. “It is difficult, when faced with a situation you cannot control, to admit you can do nothing.”-Lemony Snicket

36. “The truth will set you free. But not until it is finished with you.” —David Foster Wallace

37. “Many a doctrine is like a window pane. We see truth through it but it divides us from truth.” —Kahlil Gibran

38. “Beauty is truth’s smile when she beholds her own face in a perfect mirror.” —Rabindranath Tagore

40. “The truth is effortless.” —Rashida Costa

41. “Honesty is the first chapter in the book of wisdom.” —Thomas Jefferson

42. “To reach that end goal you and I must be willing to be straightforward with one another. We must be willing and prepared to stare at ourselves in the mirror and speak the truth.” —Mark Devro

43. “Some people think that the truth can be hidden with a little cover-up and decoration. But as time goes by, what is true is revealed, and what is fake fades away.” —Ismail Haniyeh

44. “We learned about honesty and integrity—that the truth matters… that you don’t take shortcuts or play by your own set of rules… and success doesn’t count unless you earn it fair and square.” —Michelle Obama

45. “If you want to have a healthy mind, you must feed your mind with truth.” —Rick Warren

46. “The truth is not always beautiful, nor beautiful words the truth.” —Laozi

47. “The fact that a great many people believe something is no guarantee of its truth.” —W. Somerset Maugham

48. “Truth isn’t always beauty, but the hunger for it is.” —Nadine Gordimer

49. “What I know for sure is that speaking your truth is the most powerful tool we have.” —Oprah Winfrey

50. “Whatever satisfies the soul is truth.” —Walt Whitman, poet

51. “Once you eliminate the impossible, whatever remains, no matter how improbable, must be the truth.” —Arthur Conan Doyle

52. “There are few reasons for telling the truth, but for lying the number is infinite.” —Carlos Ruiz Zafón

53. “When you stretch the truth, watch out for the snapback.” —Bill Copeland

54. “Three things cannot be long hidden: the sun, the moon, and the truth.” —Buddha

55. “A lie is like a snowball; it starts off small and then grows and grows until a point where it gets so big it falls apart and then the truth is discovered.” —Chris Hughes

56. “There’s nothing so kingly as kindness, and nothing so royal as truth.” —Alice Cary

57. “Our biggest fear is not in expressing the truth but that we will be attacked or belittled because of our truth.” —Kelli Wilson

58. “People often claim to hunger for truth, but seldom like the taste when it’s served up.” —George R.R. Martin

59. “Rather than love, than money, than fame, give me truth.” —Henry David Thoreau

60. “Those who know the truth are not equal to those who love it.” —Confucius

62. “The truth is incontrovertible. Malice may attack it, ignorance may deride it, but in the end, there it is.” —Winston Churchill

63. “A truth that’s told with bad intent beats all the lies you can invent.” —William Blake

65. “Every mind must make its choice between truth and repose. It cannot have both.” —Ralph Waldo Emerson

66. “Whoever is careless with the truth in small matters cannot be trusted with important matters.” —Albert Einstein

67. “A harmful truth is better than a useful lie.” —Thomas Mann

68. “Truth will always be truth, regardless of lack of understanding, disbelief or ignorance.” —W. Clement Stone

69. “Half a truth is often a great lie.” —Benjamin Franklin

70. “There is no greatness where there is no simplicity, goodness and truth.” —Leo Tolstoy

50 Best Inspiring Romantic Love Quotes For Her And Him