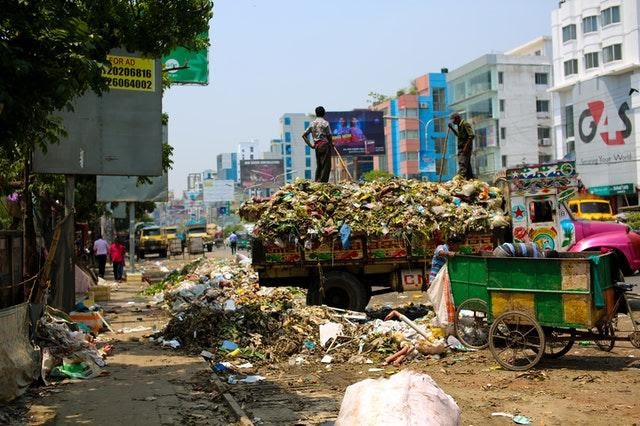 Worried about the state of our planet and the exponential rate at which we are destroying it? Curious about how such rampant pollution levels are affecting the global population and our health?

Well, here’s all you need to know about Earth’s environmental downfall and how it affects our health!

The setting and achieving of goals is in the nature of humans. Yet, we get so busy accomplishing the goals that we often misuse and abuse our natural resources. Global development, urbanization, industrialization, and a quest for an easy life has led people to ignore it’s the dire consequences of abusing natural resources. The exponential increase in the global population has led to technological advancements and fast-paced developments. Consequently, more and more people are polluting the Earth. Such a drastic increase in the land, air, and water pollutants has left our environment unable to cope naturally. Hence, frequent instances of natural disasters, extinction of species, and deadly diseases attack our race. A drastic increase in pollution levels, predominantly through air and water, has created extensive problems for the global population. An intake of contaminated air and water makes us incredibly vulnerable and susceptible to medical hazards. In addition, air and water sources are contaminated with toxic elements due to the complete waste of industries and motor vehicles.

Consequently, we need to take precautionary and preventive measures for our survival in the future. Unfortunately, most people are clueless about practically tackling such a global problem at an individual level. You could either pursue a degree in masters public health online to gain all the relevant knowledge. Otherwise, you could hire a professional in public health to help you understand public health problems and devise appropriate strategies. Here are three major polluting factors and their impact on public health around the globe.

Three Major Polluting Factors and Their Impact on Public Health

A global increase in population is the reason for a massive demand for all types of consumer products. Often, the production of such consumables has quite complex procedures involving harmful chemicals and other non-environment-friendly components. The production usually leaves behind various types of toxic by-products. Industries have constantly been practicing direct disposal of such poisonous substances into lakes, rivers, and seas since the dawn of industrialization. It leads to people directly drinking contaminated freshwater. In other cases, contaminated water can affect marine life or crops and, consequently, impact the human race.

Industries release hazardous gases like carbon monoxide, nitrogen, and sulfur oxides, which become incredibly harmful for human beings. Releasing toxic gases in the atmosphere can cause several respiratory and cardiovascular diseases. Some of them include asthma, ventricular hypertrophy, and even chronic hazards such as lung cancer. In addition, these toxins can lead to psychological problems and memory loss. People can even contract chronic diseases such as nervous system dysfunctions etc.

Pollution Due To An Increased Use Of Plastic:

The global increase in the use of plastic has been due to its relatively lower prices and ease of handling. Yet, what people fail to recognize is that, unlike other substances, plastic is an artificial substance that cannot decompose. Frequent use of plastic throughout the globe and decomposition leads to a classic waste disposal issue. For years, the lack of human competency to dispose of plastic items has been compensated by dumping plastic in the sea. Sea and water pollution has gradually caused countless problems for marine life. Marine animals consume toxins, and ultimately, these toxins are transferred to human beings when they eat seafood. The side-effects of consuming animals who have been exposed to land, air, and water pollution are devastating for human beings. There has been an increase in the rate of cancer cases and other cardiovascular diseases globally.

The decision to urbanize settlements, cities, and countries has seen many nations transform their lands into beautiful concrete jungles. Hence everyday new plans are drawn to urbanize towns around the globe by the relevant authorities. However, the process of urbanization brings with it more significant amounts of pollution. Besides, urbanization also requires clearing out natural vegetation to reclaim land, which causes harm to the local temperature. The development process involves heavy machinery and industrial input that emits enormous amounts of smoke and chemicals into the atmosphere. Smoke is highly harmful to the respiratory system and leads to deadly diseases. Besides, concrete jungles require sophisticated vehicles and mass transit system which emit carbon monoxide as discussed earlier. Unfortunately, we don’t realize that urbanization, in reality, is more harmful than beneficial. The side-effects manifest in the long term, not immediately.

Pollution is a real problem. The effects of pollution can be seen in our environment, and they affect human health as well. It’s essential to take care of the Earth, but it’s also necessary for us to protect ourselves from the harmful consequences of living among pollutants every day. We must do what we can to prevent future generations from being exposed to this danger too! What steps have you taken at home or work today to reduce your exposure?

How To Stay Trendy With Tote Bags?