Blog Your Way To Be An Influencer 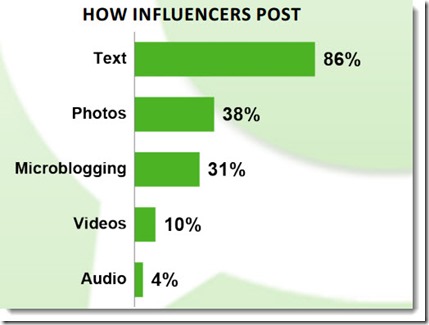 Blogs are one of the top online services to influence a purchase. Ranked third behind retail sites (56%) and brand sites (34%), blogging plays an important role in making your voice heard on a social web.

According to a recent report on “Digital Influence” by Technorati Media, 86 percent of influencers have their own blog. A third of influencers also said that they have been blogging for five or more years, says the report.

The report provides some insights into the fast evolving digital landscape:

Digital Strategy For Social Business And Next Generation Mobile

Digital Strategy For Social Business And Next Generation Mobile