Our recent article published in the Medical Journal of Australia found that Australian and European soft drinks contained higher concentrations of glucose, and less fructose, than soft drinks in the US.

The total glucose concentration of Australian soft drinks was on average 22 percent higher than in US formulations. We compared the composition of sugars in four popular, globally marketed brands – Coca-Cola, Fanta, Sprite and Pepsi – using samples from Australia, Europe, and the US.

While the total sugar concentration did not differ significantly between brands or geographical location, there were differences between countries in the concentrations of particular sugars, even when drinks were marketed under the same trade name.

Whether these differences have distinct effects on long-term health is currently unclear. Certainly, over-consumption of either glucose or fructose will contribute to weight gain, which is associated with a host of health conditions such as type 2 diabetes and heart disease.

And because the body metabolises glucose and fructose in different ways, their effects may differ.

Soft drinks, as they are referred to in Australia, or ‘sodas’ in the US and ‘fizzy drinks’ in the UK, are non-alcoholic, carbonated, sugar-sweetened beverages. Australia ranks seventh out of the top ten countries for soft drink sales per capita.

Sugars are the chief ingredient in soft drinks and include glucose, fructose and sucrose. The source of sugars in popular soft drinks varies between global regions.

This is because sugars are sourced from different crops in different areas of the world.

Soft drinks in Australia are primarily sweetened with sucrose from sugar cane. Sucrose, often referred to as ‘table sugar’, is composed of one glucose molecule and one fructose molecule joined by chemical bonds.

This means equal amounts of glucose and fructose are released into the bloodstream when sucrose is digested.

2. Do They Have Different Health Impacts?

Natural sources of fructose, such as fruit, honey and some vegetables, are not generally over-consumed and provide other important nutrients, such as dietary fibre and vitamins. So, fruit does not generally pose a risk for fatty liver disease.

High glucose consumption rapidly elevates blood glucose and insulin. This may affect brain function, including mood and fatigue. Because high blood glucose is linked to diabetes, consumption of high-glucose drinks may also raise the risk of diabetes and cardiovascular (heart) disease.

All soft drinks are considered energy-dense, nutrient-poor and bad for health. However, one of the inherent challenges in the field has been an inability to determine the actual dose of glucose or fructose in these drinks.

So, further research is required to determine whether soft drinks containing different concentrations of fructose and glucose are associated with differing health risks. 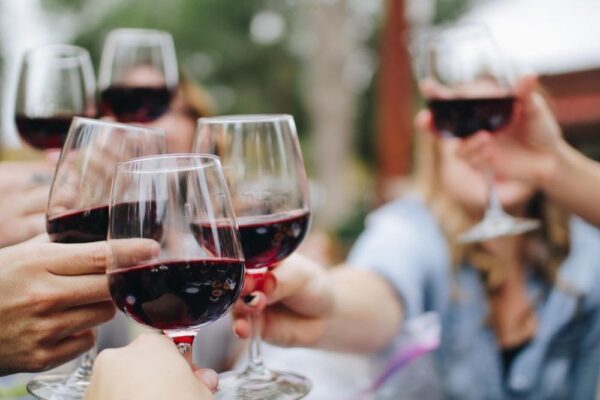 There is still much to learn about the differences in composition of sugars and patterns of soft drink intake between countries. A small number of countries, including Mexico and France, have already implemented taxation on soft drinks.

It remains to be determined whether these actions reduce the incidence of obesity, diabetes and heart diseases.

Australian policymakers are yet to take action to reduce soft drink consumption. A range of intervention strategies have been considered, including banning sugary soft drinks in schools and hospitals, taxation, and regulating beverage marketing.

The ConversationThe New South Wales Health Department has just announced sugary drinks will be phased out of vending machines, cafes and catering services in the state’s health facilities by December.

This is a great move. Importantly, we must continue to increase public awareness of the adverse health effects of sugary soft drinks.

This article was originally published on The Conversation. Read the original article.