Enacting ‘Inception’ In the Minds of Angels And VCs 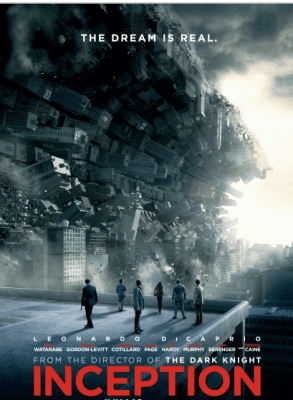 Last night I had a fantastic dream of playing  Dom Cobb (played by DiCaprio)  of Inception fame. As a specialized corporate spy I sneaked into the unconscious mind of Hemant Kanakia (some sort of  Saito), while he too was dreaming, to extract very critical and valuable information about  what goes on into the minds of Angels and VCs evaluating a business propositions from  Indian startups.

My dream didn’t stop here, and moved further I tried inception in his mind my idea of “building a  technology platform to impart education to children uniformly across India, mainly the remotest part of India.

The seeding of my dream started because of my participation in an Interactive Discussion “Experiences in Entrepreneurship in America and India” organized by Indian Angel Network, where Hemant Kanakia, board member of IAN and an active investor,  had shared his experiences and his understanding about Indian Startups Ecosystem viz-a-viz that of the US. He orchestrated the whole session exceptionally well, peppered with bits of his  entrepreneurial and now angel investor’s vision.

Since it was an interactive session, I couldn’t resist my urge to probe him and asked his opinion on what should be done to improve the Indian entrepreneurial ecosystem.

He smartly ducked the supposedly a bouncer from my side by comparing this to a classic “Chicken-and egg” scenario, where he subterfuge-ly placed blame equally on Indian VCs and startups. Since  most of  the VCs in India are mainly the country’s chapter of the US VCs, they fail to see things from local perspective. And, the flip side of the story is that the startups from India lack mostly in any breakthrough idea or disruptive technologies. However, he finds the scenario is changing fast with the arrival of IAN and India-specific Angels and VCs.

Responding to one participant’s query, he said, ” if you can bootstrap a project never look for an Angel funding because they won’t be interested in such business propositions that can be bootstrapped since such projects usually have lower ROI”. Again I am thankful to Mr. Seth Godin who  has inspired me to imbibe a bootstrapping culture .

Among  a bevy of queries from participants, I again volleyed my next one : “Is it essential to have your Revenue Model ready while pitching-in for funding? Hemant curt response was a big NO. I was truly amused for his validation of my belief that how anyone could make projections for idea or business proposition that yet to to become a business reality. To me, it is all cooked up, or fails. And,more importantly, Steve Blank avers “No Plan Survives First Contact With Customers – Business Plans versus Business Models”

Somewhere, his answer was a veiled reference to what I have started believing of late that ” you shouldn’t worry too much about monetizing your business idea, initially. Rather, should work towards converting your idea into a business reality.”

( My gratitude to Adam D’ Angelo, co-founder Quora who affirms you can “find some way to fund the business in the long run“)

Like every gripping movie’s screenplay, my story too has its bit of sad turn and twist, though it happened just after the session, while all participants were exchanging  views and business cards.

Until the very yesterday, whenever I would think of my innovative idea, I had the feeling of having a breakthrough idea of shaking the education system in the country. But, one of the attendees, Vinayak Nath, shattered my euphoric state,  and gave me several references of such activities in India.

Anyhow, I recollected my sudden lost composure, and thought that “Ideas maybe pricy, but execution is priceless” [Sorry Scott Ginsberg for Improvising(?) your caption :)]

I am trying to create a successful startup with a minimum viable audience [I solicit your attention to my MVA :)]

Till then I keep my fingers crossed for my futuristic decision.

Am I still dreaming? Is it a hallucination of “Inception”? Let’s conclude much like the film ends.

If I am dreaming, the small brass “Top” never stops spinning. It is still spinning but wobbles slightly, as if it were about to topple. And, my dream is almost becoming a reality. A daydreaming!! 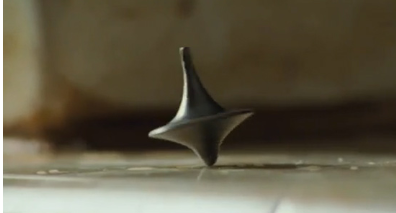 Wanna know about  Praveen Panjiar, the writer of the article. Click here

Give Customers What They Want, When, Where And How They Want