Google To Take On Spotify 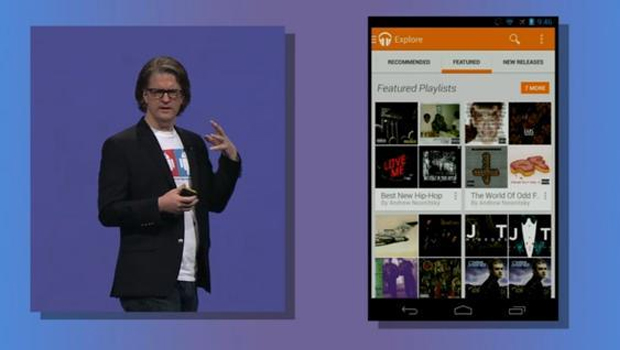 When it comesto choosing music services, we have a huge catalog to choose from, but “getting that music organized and playing quickly is too hard”. Google’s just launched on-demand subscription music service, “Google Play Music All Access” promises to “give you access to great music but also guides you through it”.

The service, launched in the US for $9.99 a month, has web and mobile interfaces which feature millions of songs you can play instantly, recommendations, charts and playlists, and instant radio stations.

Available to phone and tablet users, the Android-based service will challenge established players such as Spotify.

However, it is not going to be an easy task to take on Spotify which has huge head start with 24 million active users and 6 million paying subscribers. However, Google Play Music All Access might never become a market leader, or even make Google much money directly; it fits into Google’s Android phone strategy. With Google Play Music, it could get people buying more Android phones, which lead to plenty of other revenue for Google.

Social Business : How To Engage Workforce

Social Business : How To Engage Workforce