Gray-Haired a Plus When It Comes To Entrepreneurship 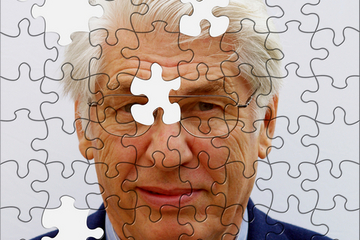 Today age is no barrier to success.Experience continues to count for a great deal. Mark Pincus was 41 when he founded Zynga and Arianna Huffington was 54 when she created theHuffington Post.

Vivek Wadhwa of Singularity University in California studied more than 500 American high-tech and engineering companies with more than $1m in sales. He discovered that the average age of the founders of successful American technology businesses (ie, ones with real revenues) is 39. There were twice as many successful founders over 50 as under 25, and twice as many over 60 as under 20.

When jobs are harder to find and gray-haired applicants don’t feel entirely welcome, research shows  that one in four Americans between the ages of 44 and 70 — about 25 million people — are interested in starting their own businesses or nonprofit organizations in the next five to 10 years.

The Kauffman Foundation’s most recent study of start-ups discovered that people aged 55 to 64 accounted for nearly 23% of new entrepreneurs in 2010, compared with under 15% in 1996. The National Journal reports that 9 of the nation’s 15 million small-business owners were born before 1965.

[P.S. This findings validate views of  Praveen Panjiar, who says, “My choice of venturing out is not out of some eureka moment ….no…it’s not an option by choice…but it’s a result of some sort of calculated risk, I  am glamorizing it by calling it a  futuristic decision.”]

Why Older Entrepreneurs Have an Edge, HBR

Breaking News by Social Media: How Much Accurate And Factual?

How To Measure Return on Investment In Social Media

How To Measure Return on Investment In Social Media