No Result
View All Result
Home How To

How To Use Google+ Auto Awesome For Movies And Photos 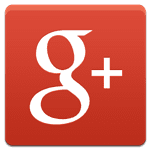 Google has  announced a slew of new features for Google+ Hangouts and Photos,  Auto Awesome Movies, and other tools aimed at making photos and videos even easier for its 300 million “in-stream” users . Auto Awesome will help you combined your photos into short animations, wide panoramas, or merged into group shots where everyone looks good.

You can create Auto Awesome movies from the Google Photos app for Android.

Before you start making changes, make sure you’re signed into the right Google+ account.

Select the photos and videos you wish to make into an Auto Awesome movie, and let Auto Awesome do the rest for you. You can change the theme, style, background music, or even remove, shorten, or re-order scenes.

Let’s have a look at the “How To” Video:

To know more about  Google + Hangouts and Photos, click here.

Who Are The “Big Three” Of Social Media Referral Traffic?

Cybercriminals Target WFH Employees. Here’s How To Stop Them!

How To Protect Your Personal Data While Using Mobile Apps?

How To Hire A Freelance Front End Developer

How To Recover Data From Hard Drive Not Showing Up?

How To Start Selling Your Products On Amazon?

How To Create Instagram Videos That Will Capture The Attention Of Your Target Customers?

How Used EMC Storage Equipments Can Benefit You?

Who Are The "Big Three" Of Social Media Referral Traffic?