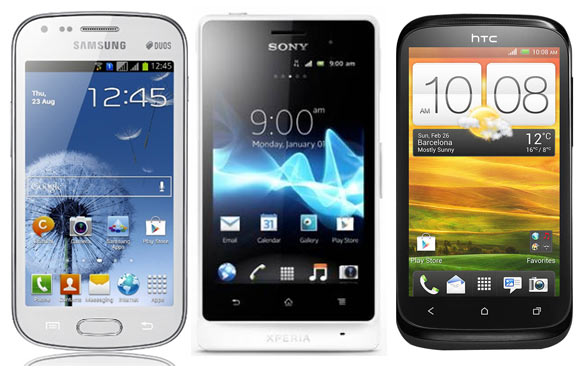 Samsung and Android dominated the Indian smartphone market in 2012 — Samsung being the leading handset manufacturer while Android the leading operating system.

Sales of Indian handsets Original equipment manufacturer(OEMs) are growing at the cost of Nokia and Blackberry which had lost significant market share in 2012. And Indian players are set to replicate their feature phones success in the smartphone space. These are the findings by Convergence Catalyst  on smartphones sales in India, which grew over 100% (year-on-year) in 2012 to reach 20 to 22 million units.

With wider acceptance and price coming down the curve, Convergence Catalyst expects the growth momentum to continue in 2013. It estimates the smartphone sales to grow approximately by 120% to range between 44 million and 48 million, forming 30% to 32% of total mobile handset sales in the country.

Other Smartphones trends for 2013 in India

5 Product Photography Tips For Instagram You Need To Know

Social Media Marketing: A Must for Every Successful Entrepreneur