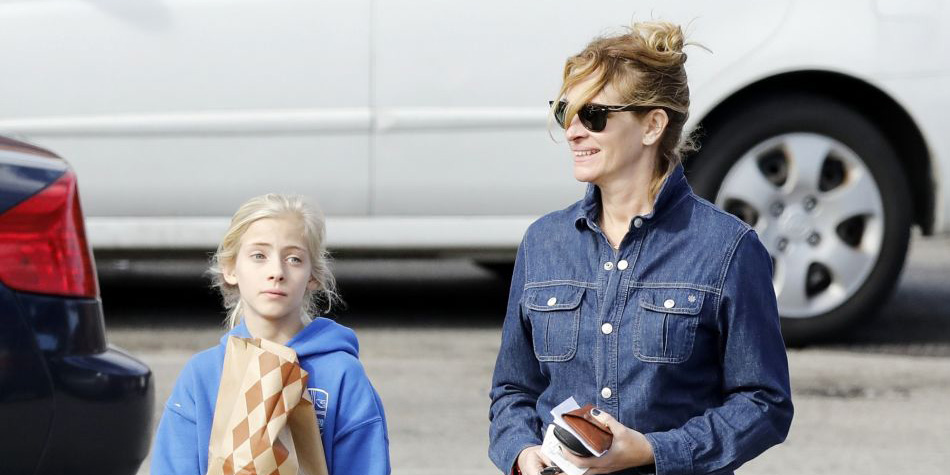 At times, the resemblance is beyond our expectation, so much so that everybody starts talking about it. Julia Roberts’s daughter is one such example.

Just a couple of years ago, Julia Roberts used to be the most popular and highest paying star of Hollywood. She has to her credit many biggest blockbusters. She also won many of the top awards including Oscars.

She has quietly disappeared off the scene, and unlike many other celebrities, she is not active on social media either. We don’t hear enough about her. We don’t get to see her latest picture on Instagram either. No interview, no talk show, nothing.

She does not keep us updated on what she has been doing. Although, she appeared in a few movies recently, but they were nothing in comparison to the blockbuster movies she used to be a part of.

A Twitter handle, bearing her name, has more than 500,000 followers. When she had tweeted last, we don’t know.

In an exclusive interaction with InStyle, she revealed that she was not very comfortable with social media. She also revealed that her interests lie somewhere else. Holywood also falls down on her priority list.

“What’s a good analogy? It’s like people talking about a TV show: I can be perfectly aware of the TV show and the story, but it doesn’t mean I watch it. I have other friends who watch it, and they tell me about it. I mean we were talking about Instagram. Everyone has Instagram on their phone. [if I had it], I would be looking at it all the time.”, she said.

One thing everybody knows about her is the fact that her three children are a very big part of her life, and she loves to spend lots of time with her children and the caring husband.

When she was active in Hollywood, her name used to be linked with all the actors that shared the screen with her. For a brief period, Lyle Lovett was her husband. But the marriage did not last long.

After the breakup, she came very close to Daniel Moder, a cinematographer, and eventually married him.

She married Daniel Moder in 2002, and has been together since then, having a very happy family.

“When I think about what makes my life my life, and make sense and just shine inside of me, it’s him. Everything has come from that”, she said to Harper’s Bazaar.

She gave birth to twins, Phinnaeus and Hazel in 2004. Their son Henry was born three years later.

She didn’t turn to social media to inform her followers about her children, and they were growing up, and what she was doing with them.

Only now, we have started to hear about them, as they have now grown up.

Why did she her children from the public eye?

“We try to protect our kids. We just want to have our family life and not have that intruded upon,” The Pretty Woman star said.

Her daughter, Hazel bears an uncanny resemblance with her. Like her mother, Haazel, 13, has the same disntict features.

Julia Roberts has been able to shield her three children — son Henry and twins Hazel and Phinneaus — from the public eye. For a long time, her children had no idea about how famous their mum was.

“I think I told you once when they were starting to figure it out, it was like, ‘You’re famous?’ And I said, ‘I think a lot of people might have seen the movie that I’m in or might know who I am.'”