As the quality of air becomes worse, there is a need to find a long-term, sustainable solution to a problem that affects every segment of society. To live, you need to breathe – and with our country’s air quality, that isn’t a simple ask!

You only understand the value of something when you don’t have it anymore! 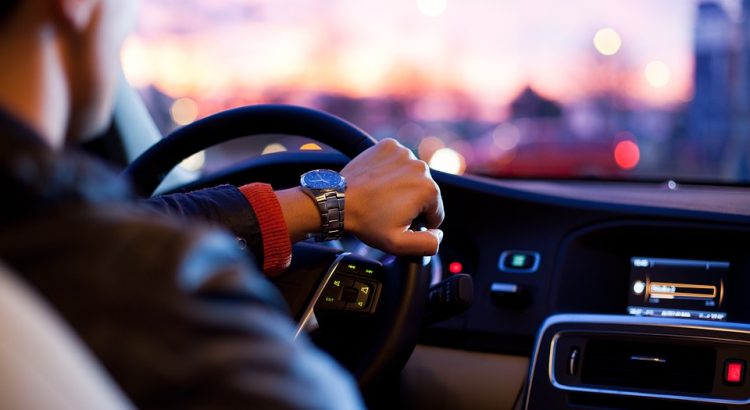 There’s nothing taken more for granted than the air we breathe – except on a cold winter morning in New Delhi.

You cannot step out of your home without being greeted by the smell of burning leaves or wood.

It is the chosen way for people, especially those without adequate means, to keep warm.

The odd signboard warning of a ₹5000/- fine is barely a deterrent for those who value their short-term warmth over long-term health. 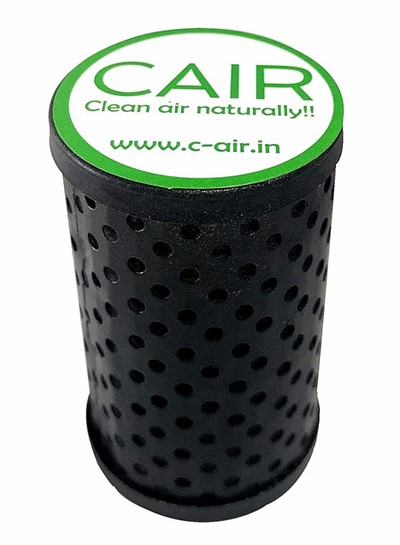 What’s worse, if you live in one of the older houses in the capital, the lack of insulation leaves you gasping for breath indoors as well!

It was that indoor-smoke experience that led Asit Ganguli to develop Cair Air Purifiers, a low-cost, all-natural air purifier that cleans over 200-different chemicals and toxins in air, including bad odour.

1. Challenge One – The Purification Medium 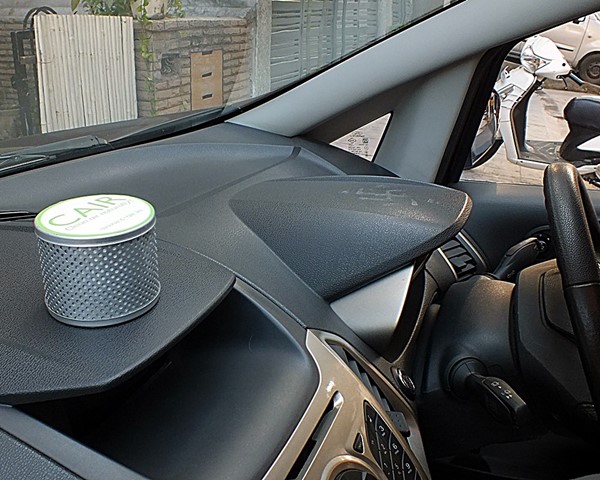 That smell of smoke inside the house was just a reminder to Asit of how bad winters in the capital city get.

He knew that the situation was just going to get worse, and with elderly parents and pets at home, he knew that there was a dire need for an effective solution.

A tiny bit of research helped him realise that the solution was neither uncommon, nor magical – it was simply charcoal!

Charcoal is quite interesting in that it can adsorb (not absorb) many different kinds of chemicals, toxins, moisture, acids, alcohols and more.

It is used to clean drinking water in our home-based water purifiers.

It is used in medicine as a counter to poison-ingestion.

In fact, it is even found in toothpastes, soaps and face-washes now.

There were thousands of different uses of charcoal, but the one example that really struck a chord was its use in industrial air-conditioning and purification units.

It was being used to clean air – not a revelation considering charcoal was also used during the Egyptian Civilization, way back in 3100BC.

It became evident that charcoal could give Asit the air-cleaning ability he wanted, but now the question was – what kinds?

Regular charcoal wasn’t sustainable, so bamboo charcoal was the obvious choice. However, Asit stumbled upon something that was even better – Coconut Charcoal! 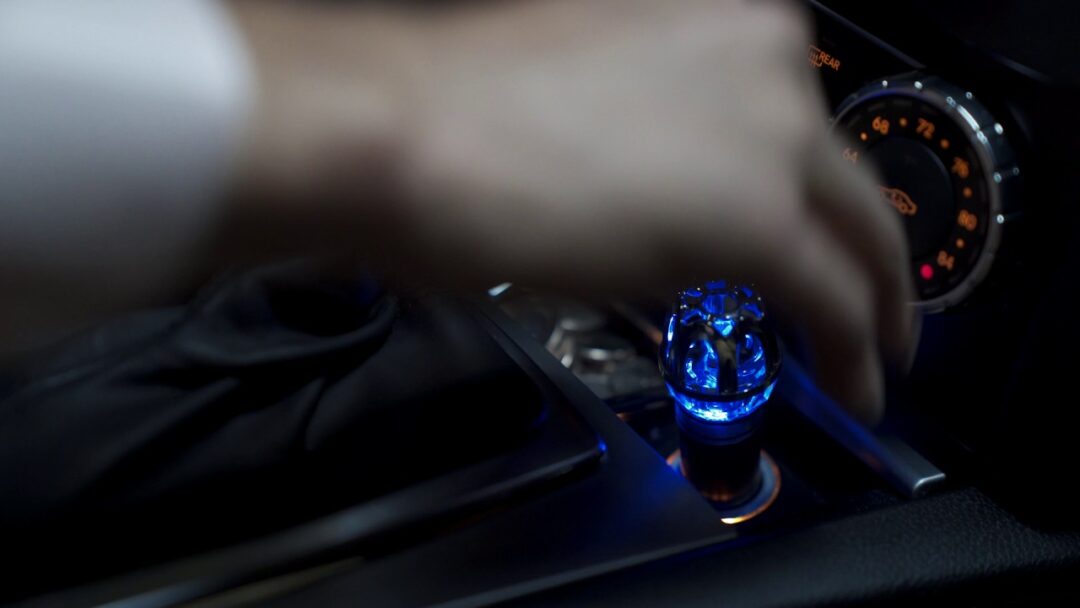 Coconut is one of the most versatile plants in the world – every single part of that plant gets used – except the shells.

Until now, shells were primarily used to create handicraft display-pieces, on a very small scale.

However, conversion into charcoal with an oven, followed by activation through steaming, meant that there was now a new, sustainable way of utilizing the waste product of the coconut industry.

What’s more, coconut charcoal has a much larger surface area due to greater number of pores (for adsorption), which means that compared to other forms of charcoal, activated coconut charcoal can adsorb almost 3-times the pollutants.

However, this theory needed to be tested and Asit spent 3-months testing and trying out different elements, including chemicals, and his activated coconut charcoal’s ability to adsorb them all. 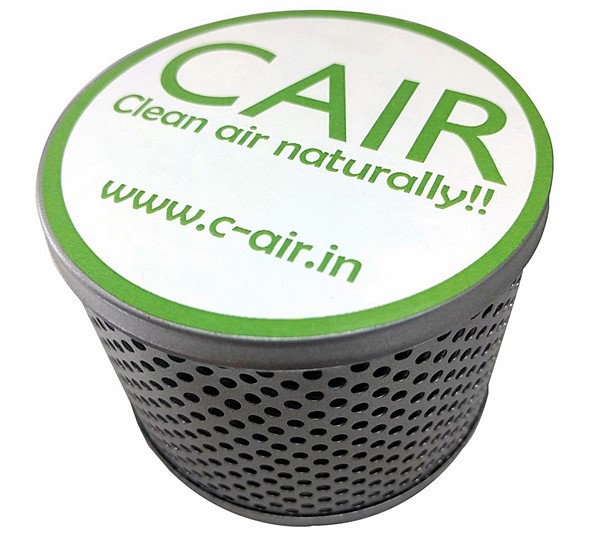 The average air purifier in the market costs ₹9000/-, something that makes even the most middle-class of people think twice.

The ones with a charcoal filter cost in the ₹25000/- region – not something that’s accessible.

What’s worse, these air purifiers only work in single rooms – that means you need to get one for every single room of your house.

If that’s what you had to do, then why not get more quantities of an air purifier that’s cheaper and does the same job?

The answer lay in two things – finding the right supplier of coconut charcoal and producing these air purifiers in bulk.

With a factory-setup in Haryana, Asit went about finding the right manufacturer of coconut charcoal, before shipping it to the factory for activation and, thereafter, production of Cair Air Purifiers. 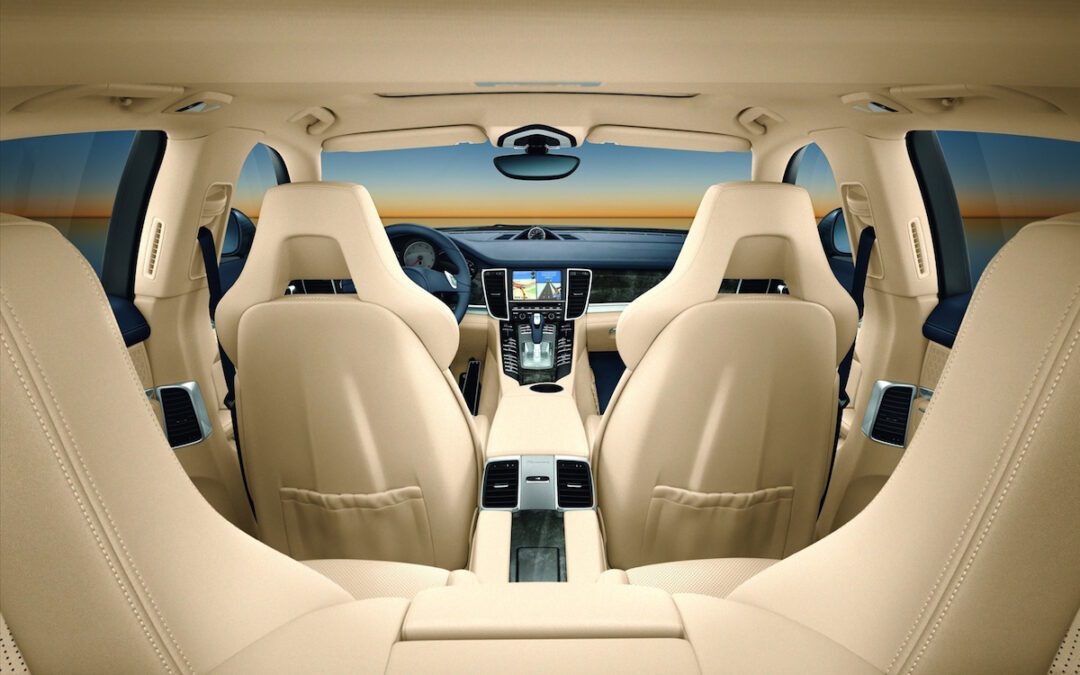 Finally, Cair Air Purifiers needed to be visually appealing too, without losing functionality.

Asit took inspiration from the air freshener that came with his car – a round plastic tin – and decided to create his own version of it.

The design was meant to look like a regular air freshener but had holes on all sides to allow 360-degree air circulation.

Considering that Cair Air Purifiers were going to utilize the natural air circulation in cars or rooms, it was vital that there were openings on all sides.

Asit even toyed with the idea of creating pouches with his charcoal in it, but their two-sided nature limited their cleaning ability and meant slower/lower cleaning power.

He also decided to make these air purifiers out of recycled tin sheets – thereby supporting the re-usage of materials in another major way. 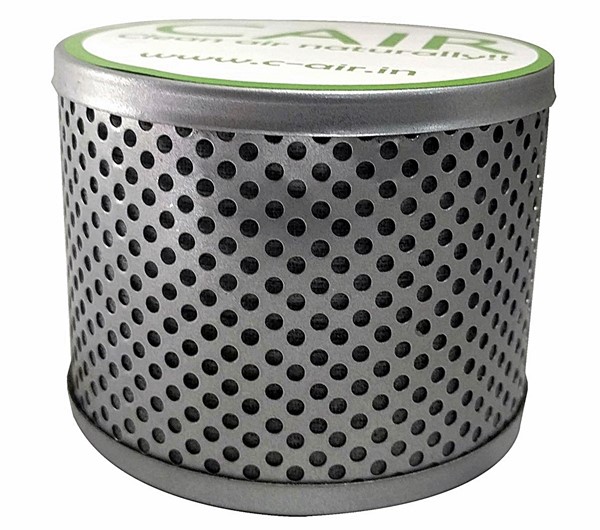 If all of this sounds like a smooth ride, it’s been anything but.

If it weren’t about the sly-nature of some suppliers mixing cheaper forms of charcoal with coconut charcoal, it would be about the riots that halted production following the arrest of Baba Ram Rahim Singh near the factory, in Panchkula, Haryana.

At ₹250/-, the small Cair Air Purifier is the cheapest chemical and carcinogen removing air purifier in the country today – ideal for small cars, refrigerators and other small spaces!

These air purifiers have no running costs either – using the natural circulation of air within a controlled area – unlike other more expensive air purifiers that use fans and “air flow rate” as some weird form of evaluation of how effective they are. 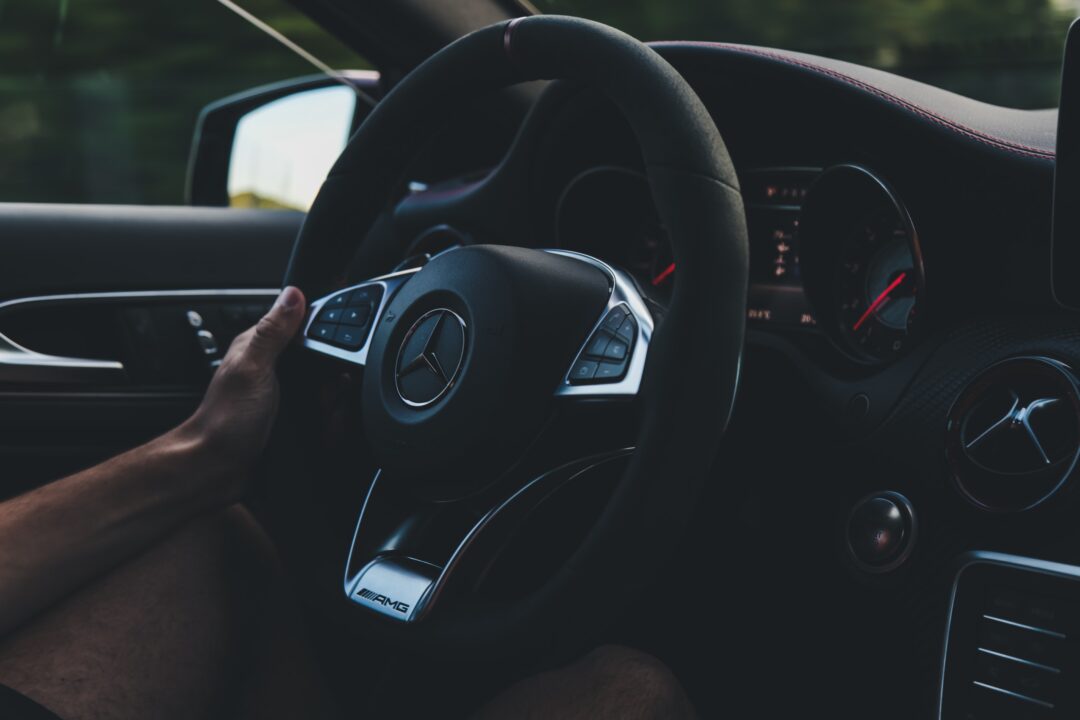 Rate of air-flow has never determined rate of cleaning – there is absolutely no relation between how effective a filtration medium is and how fast the air flow is.

In fact, higher air flow speeds may lead to the release of pollutants already stuck in the filter!

Solving all these issues and educating people about different kinds of air purifiers, their running costs, their filter-types and their effectiveness has been Cair Air Purifiers’ primary motive.

Asit Ganguli is interested in giving people the opportunity to live a better quality of life at an affordable cost.

For those who can afford to spend ₹30000 on an expensive, but effective, air purifier and then spend another ₹30000 a year on electricity bills for each room, there’s no problem at all!

For those who want a cheap and effective solution, which cleans over 200-different chemicals, toxins and carcinogens, removes bad odour; does not require a power-supply; works 24×7; and has no installation or maintenance cost over it’s 3-month life-span, Cair Air Purifiers has an answer! 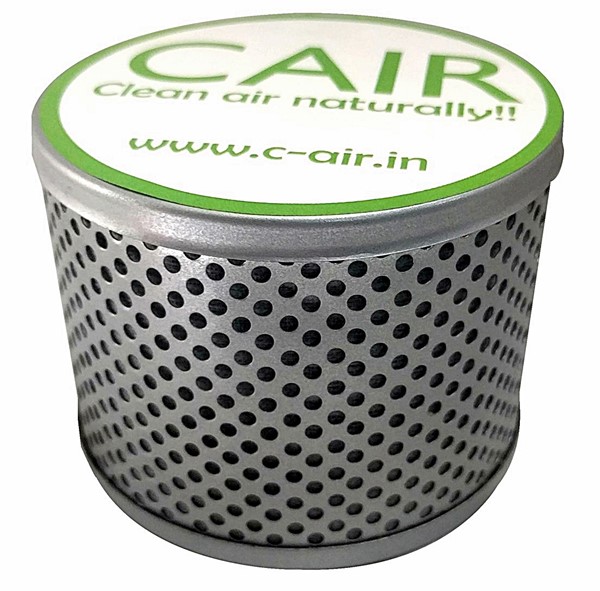 A former professional football player, Asit Ganguli followed up his injury-shortened playing career by working in Public Relations, Event Management and Information Technology industries. After working in two of the largest companies in India from the PR and Event side of things, Asit moved to a small IT firm with the intention of learning the tricks of running a business, in a bid to start his own one day.

He started Cair Air Purifiers in 2018, under the umbrella of the AK Group – where he is a Director.

Asit is a practitioner of the “bootstrap” school of business and has, in every single one of his 7-ventures, focussed on minimal spending with maximum resource utilization. 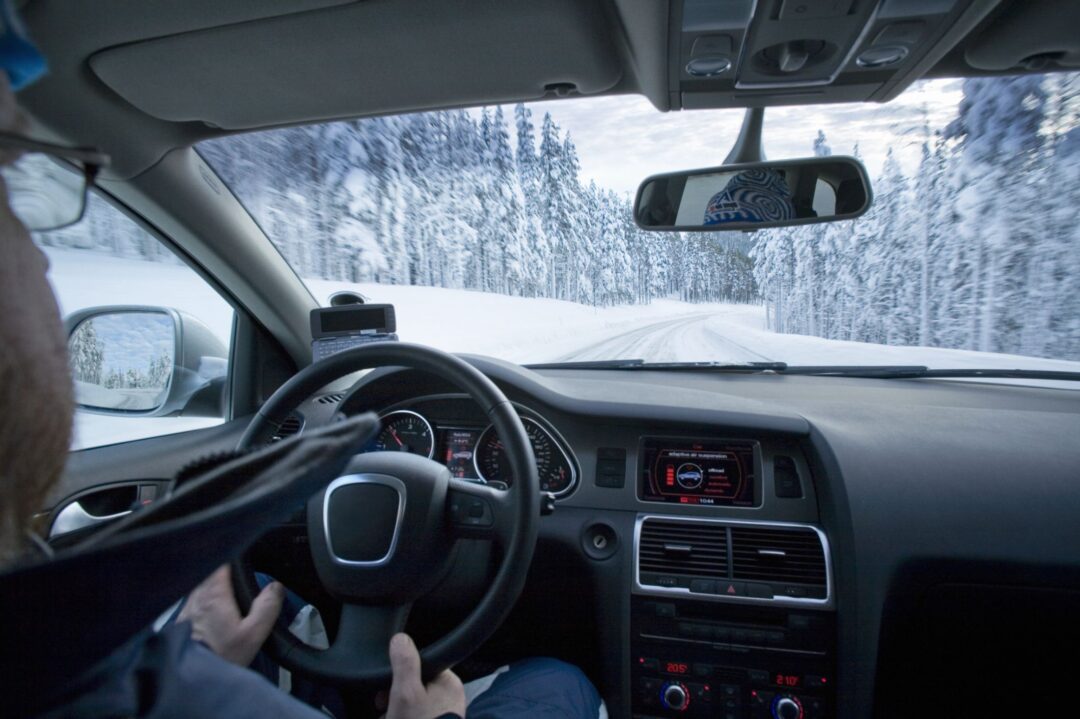 Cair Air Purifiers are a low-cost, all-natural air purification solution that cleans up over 200-different chemicals, toxins and carcinogens, including bad odour, from the air we breathe. Our purifiers do not require electricity to run, have no installation or maintenance costs, and can last up to 3-months while working 24×7 without breaks – ensuring that you can provide yourself, your family, friends and loved ones with clean air to breathe at less than ₹ 3 per day.

Cair Air Purifiers are currently available here on Amazon India. You can also visit our website for more information!

The Greatest Classic Films Everyone Should See

The Greatest Classic Films Everyone Should See