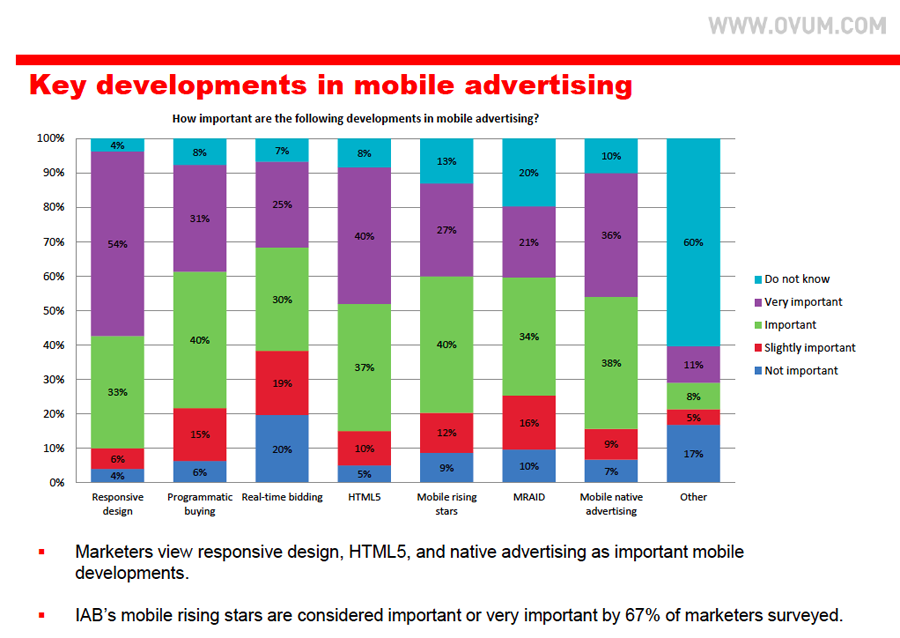 After several false starts, mobile advertising has now truly taken off and is forecast to account for 37% of all growth in global ad expenditure this year, and 31% in 2014, according to a recent report by ZenithOptimedia.

Mobile advertising (defined in the report as internet ads delivered to smartphones and tablets, whatever their format) is still relatively small—with a total spend of $14.3 billion worldwide this year, or 2.8% of total ad expenditure.

However, mobile advertising is skewed in favour of search, despite the fact that use of mobile apps occupies the vast majority of smartphone use. Then, why advertisers prefer search over apps?

Why search is still being consider better at targeting users and tracking ROI?

Few things that go against mobile apps are:

According to the 2013 “Marketer Perceptions of Mobile Advertising” study of 300 top-level brand marketing executives, all of whom are currently using mobile in their media mix, nearly three-quarters (74%) expect that their companies’ mobile advertising spend will increase in the next two years – a similar number to those who anticipated an increase in the two years following the 2011 survey (72%). Moreover, building upon this broad intent to boost mobile spend, almost one in five respondents (19%) to the 2013 survey predict that their mobile budgets will increase by more than 50 percent in the next two years.

Respondents to the survey were also asked to rank the top developments in mobile advertising. Taking the lead were responsive design, HTML5 and mobile native advertising. More than two in three (67%) cited the IAB Mobile Rising Stars ad units as a key driver in the space.

As with the 2011 study, the 2013 survey asked marketers about the key challenges facing mobile advertising. The results clearly demonstrate that while hurdles remain, greater marketer experience and ongoing industry efforts have allowed the earlier urgency to abate. For example, a highly important challenge in 2011 was privacy issues, named by 40 percent of marketers. Surveying marketers in 2013, a year in which the Digital Advertising Alliance released mobile privacy guidelines, that number nearly halved to 22 percent. Back in 2011, 39 percent of respondents said that device/operating system fragmentation was of high concern. Only 23 percent say the same today. In addition, progress has evidently been made in the area of standard mobile metrics, as 31 percent of marketers cited it as a highly important challenge in 2011, with only 13 percent noting it in 2013.

Social Media Marketing: A Must for Every Successful Entrepreneur