The Most Beautiful Roads Of Australia

For all of you, four-wheeler aficionados and connoisseurs out there who are seeking for an unforgettable experience and an adventure od your lifetime, road trip through Australia is absolutely a must.

Even if you’re a case-hardened driver/traveler and you think you’ve seen it all, Australia still has so many extraordinary and uniquely impressive things to offer that you’ll instantly wish that you were there.

We give you a list of destinations that you’ll most certainly enjoy driving along.

This list simply can’t have just one right order, since there are so many great places for road tripping in Australia. We begin with the Oxley Highway, which is probably the most beloved driving road here.

It stretches out from Wauchope to Walcha, and this 165 km ride offers stunning mountain views, and luxuriant, dense rainforest rich in biodiversity.

Other than that, the Oxley Highway is literally a head-spinner: it’s notorious for its many twists and turns – so much so that you can even buy a souvenir T-shirt with ’300 Bends’ on it, to reminisce later about this exceptional drive. 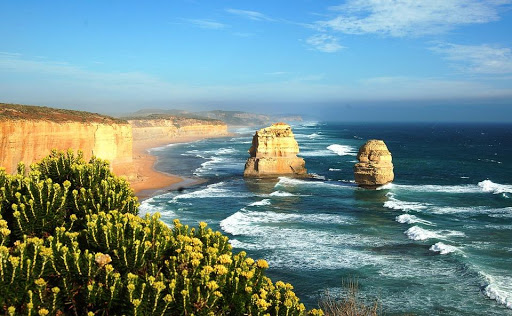 You’d think that the name pretty much sums everything up, right? Well, not exactly. This is one of the most famous and sought-after drives in Australia. No matter how many born and raised Ozzies (who happen to love cars) you ask about which road trips are ’mandatory’, chances are that they’ll all have the Great Ocean Road at the top of their list.

On this 120 km drive from Torquay to Glenaire, you’ll be able to see one of the world’s Seven Wonders – the Twelve Apostles. This smooth asphalt drive along the Victoria coast is unquestionably worth your time. The only downside is that it can be too congested and crowded with tourists sometimes – they’re all here to see the Twelve Apostles.

You can avoid some of the gridlocks by taking alternative back roads which would take you behind the coastal towns. There are much other nature’s hidden gems, that you’ll most certainly appreciate.

The Lions Road is another stunning long-distance drive from Beaudesert to Kyogle (the Scenic Rim region) that’s renowned in the road tripping world. On this 96 km journey you’ll get the chance to visit the local towns, Border Ranges National Park rainforests, as well as Running and Gradys Creeks.

Bonus trivia: this magnificent road is a direct consequence of NSW Government refusing to build a shorter route connecting Kyogle with the northern state, back in the late 1960s. The local Lions Club took matters in its hands and built arguably one of the greatest driving roads in Australia.

Since we had a bonus trivia, there’s also a bonus tip: in all likelihood, you already know that your car needs to be in top condition for these longer itineraries, but it doesn’t hurt reminding. Whether you’re coming from somewhere abroad, or you live in Oz, you can make sure that your car has proper protection and also looks distinguishable with the Schmicko ceramic coating. These longer-distance trips are only fun if your car is also giving you its best.

The entire Putty Road is 177 km long, and it stretches out along Sydney’s western edge. We can recommend two options here: you can either ride the entire route or opt for a significantly shorter sequence than the previous three we’ve mentioned.

The first option gets you to places like Wollemi and Yengo national parks. Both of these are beyond words, but you’d need to be a little more careful here and pay extra attention to the trucks and cars that are sometimes swerving into your lane in order to turn more easily. 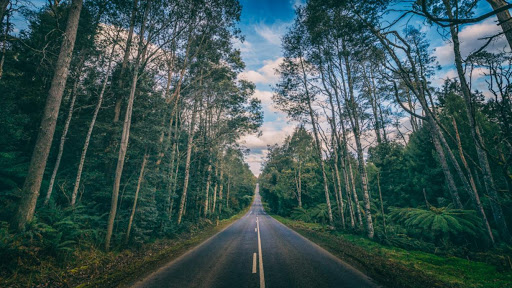 We could’ve literally picked any other road in Tasmania, but this time we chose the Strahan on the west coast, which first goes up to Queenstown on the A10, and then across to Derwent Bridge.

This alone should be enough to lure you to further explore Tasmania, but the ride doesn’t stop here. You’ll also get a chance to see the Hellyer Gorge, Waratah, Savage River, and the Apple Isle. We guarantee that you’ll feel the urge to stop and take some photos or videos here, as the mental images that you create along the way just won’t be sufficient enough.

The Balingup-Nannup Road will take you from the Blackwood River north-west up to the South West Highway. The route is tight and twisty but guarantees so much fun along the way.

This one’s also a bit short, but totally worth it, especially if you’re an adrenaline junkie. Don’t expect to put your mind at ease here, as you’ll need to maintain high concentration levels throughout the whole ride.

So, even if you’re currently residing on the opposite part of the globe, it’s still very well worth it getting to Oz land. As soon as you realize what you’ve been missing out, you’ll definitely forget about any possible hassle that you might experience in the process. On top of that, things and far away places are all within our reach in today’s day and age – more than ever before. Use that to your advantage and visit some of these delightful locations.