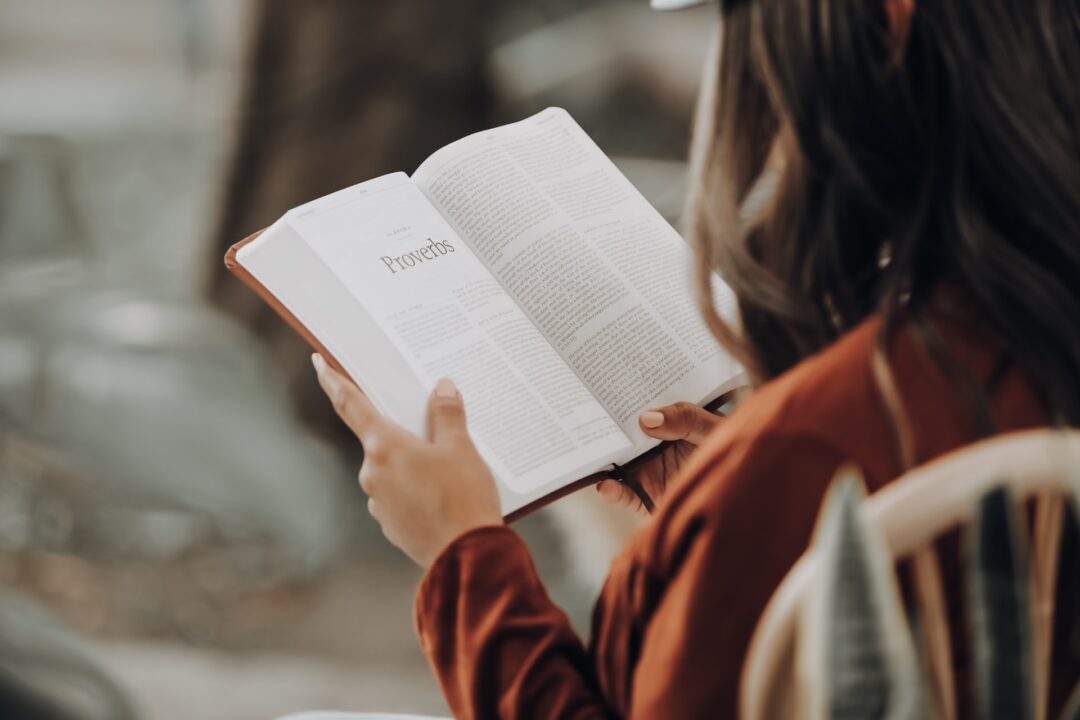 This list of New York Times Best Sellers Hard Cover Non-Fiction is up-to-date and authoritative. These books are most popular in the United States at the moment. The list has 15 hard cover non-fiction books.

1. How I Saved the World 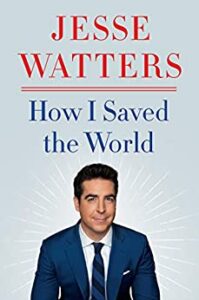 At one of the most chaotic periods in American history, in a time of national distrust and despair, one tanned TV host holds the key to the future. In How I Saved the World, Jesse Watters takes readers on a tour of his life from basement-dwelling Fox minion to pampered champion of right-thinking Americans. He has divined great truths about the nature of our country while stumbling across beaches asking oblivious college students basic political questions and while stumbling out of Air Force One with the President.

2. This Is Your Mind on Plants 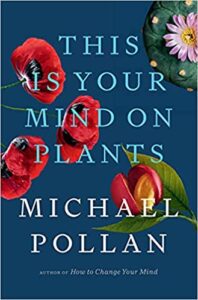 New York Times bestselling author Michael Pollen, a radical challenge to how we think about drugs, and an exploration into the powerful human attraction to psychoactive plants—and the equally powerful taboos. Of all the things humans rely on plants for—sustenance, beauty, medicine, fragrance, flavor, fiber—surely the most curious is our use of them to change consciousness: to stimulate or calm, fiddle with or completely alter, the qualities of our mental experience. Take coffee and tea: People around the world rely on caffeine to sharpen their minds. But we do not usually think of caffeine as a drug, or our daily use as an addiction, because it is legal and socially acceptable. 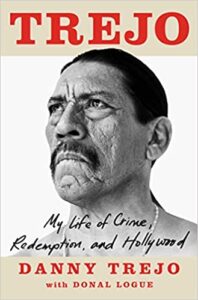 “Danny’s incredible life story shows that even though we may fall down at some point in our lives, it’s what we do when we stand back up that really counts.” —Robert Rodriguez, creator of Spy Kids, Desperado, and Machete. On screen, Danny Trejo the actor is a baddie who has been killed at least a hundred times. He’s been shot, stabbed, hanged, chopped up, squished by an elevator, and once, was even melted into a bloody goo. Off screen, he’s a hero beloved by recovery communities and obsessed fans alike. But the real Danny Trejo is much more complicated than the legend.

4. Killing the Mob: The Fight Against Organized 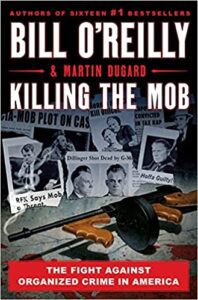 In the tenth book in the multimillion-selling Killing series, Bill O’Reilly and Martin Duggar take on their most controversial subject yet: The Mob.  O’Reilly and co-author Martin Duggar trace the brutal history of 20th Century organized crime in the United States, and expertly plumb the history of this nation’s most notorious serial robbers, conmen, murderers, and especially, mob family bosses. Covering the period from the 1930s to the 1980s, O’Reilly and Duggar trace the prohibition-busting bank robbers of the Depression Era, such as John Dillinger, Bonnie & Clyde, Pretty Boy Floyd and Baby-Face Nelson. 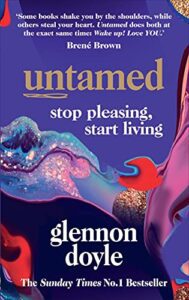 ‘This book will shake your brain and make your soul scream. I am so ready for myself after reading this book!’ Adele
‘Untamed will liberate women – emotionally, spiritually, and physically. It is phenomenal.’ Elizabeth Gilbert, author of City of Girls and Eat Pray Love. Part inspiration, part memoir, Untamed explores the joy and peace we discover when we stop striving to meet the expectations of the world, and instead dare to listen to and trust in the voice deep inside us. From the beloved New York Times bestselling author, speaker and activist Glennon Doyle. 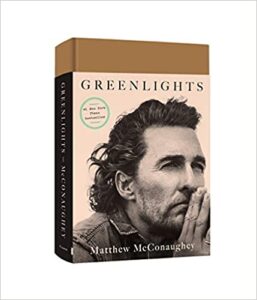 NEW YORK TIMES BESTSELLER • Over two million copies sold! From the Academy Award®–winning actor, an unconventional memoir filled with raucous stories, outlaw wisdom, and lessons learned the hard way about living with greater satisfaction. I’ve been in this life for fifty years, been trying to work out its riddle for forty-two, and been keeping diaries of clues to that riddle for the last thirty-five. Notes about successes and failures, joys and sorrows, things that made me marvel, and things that made me laugh out loud. How to be fair. How to have less stress. How to have fun. 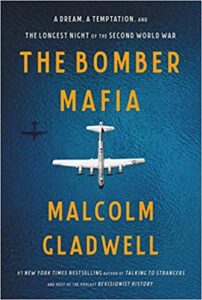 In The Bomber Mafia, Malcolm Gladwell weaves together the stories of a Dutch genius and his homemade computer, a band of brothers in central Alabama, a British psychopath, and pyromaniacal chemists at Harvard to examine one of the greatest moral challenges in modern American history. Things might have gone differently had LeMay’s predecessor, General Haywood Hansell, remained in charge. Hansell believed in precision bombing, but when he and Curtis LeMay squared off for a leadership handover in the jungles of Guam, LeMay emerged victorious, leading to the darkest night of World War II.

8. Caste: The Origins of Our Discontents 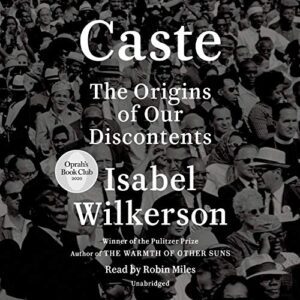 9. What Happened to You?: Conversations on Trauma, Resilience, and Healing 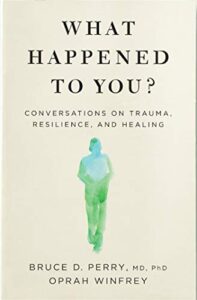 Oprah Winfrey and renowned brain development and trauma expert, Dr Bruce Perry, discuss the impact of trauma and adverse experiences and how healing must begin with a shift to asking ‘What happened to you?’ rather than ‘What’s wrong with you?’. Many of us experience adversity and trauma during childhood that has lasting impact on our physical and emotional health. And as we’re beginning to understand, we are more sensitive to developmental trauma as children than we are as adults.

10. Fox and I: An Uncommon Friendship 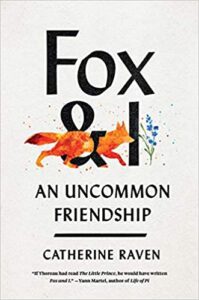 An unforgettable memoir about the friendship between a solitary woman and a wild fox. When Catherine Raven finished her PhD in biology, she built herself a tiny cottage on an isolated plot of land in Montana. She was as emotionally isolated as she was physically, but she viewed the house as a way station, a temporary rest stop where she could gather her nerves and fill out applications for what she hoped would be a real job that would help her fit into society. In the meantime, she taught remotely and led field classes in nearby Yellowstone National Park.

11. Forget the Alamo: The Rise and Fall of an American Myth 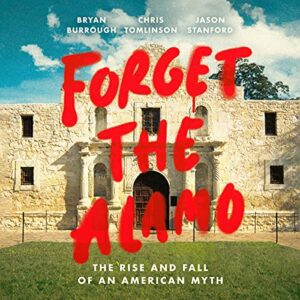 Three noted Texan writers combine forces to tell the real story of the Alamo, dispelling the myths, exploring why they had their day for so long, and explaining why the ugly fight about its meaning is now coming to a head. Every nation needs its creation myth, and since Texas was a nation before it was a state, it’s no surprise that its myths bite deep. There’s no piece of history more important to Texans than the Battle of the Alamo, when Davy Crockett and a band of rebels went down in a blaze of glory fighting for independence from Mexico, losing the battle but setting Texas up to win the war. 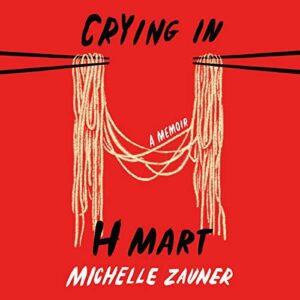 From the indie rock star of Japanese Breakfast fame, and author of the viral 2018 New Yorker essay that shares the title of this book, an unflinching, powerful memoir about growing up Korean American, losing her mother, and forging her own identity. With humor and heart, she tells of growing up one of the few Asian-American kids at her school in Eugene. It was her mother’s diagnosis of terminal cancer, when Michelle was 25, that forced a reckoning with her identity and brought her to reclaim the gifts of taste, language, and history her mother had given her. 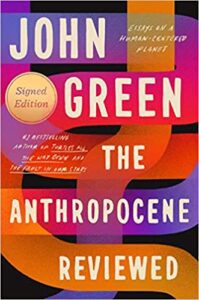 The Anthropocene is the current geologic age, in which humans have profoundly reshaped the planet and its biodiversity. In this remarkable symphony of essays adapted and expanded from his groundbreaking podcast, bestselling author John Green reviews different facets of the human-centered planet on a five-star scale—from the QWERTY keyboard and sunsets to Canada geese and Penguins of Madagascar. Funny, complex, and rich with detail, the reviews chart the contradictions of contemporary humanity.

14. Think Again: The Power of Knowing What You Don’t Know 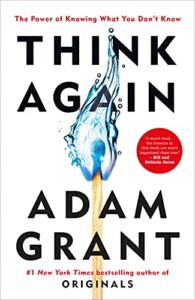 Intelligence is usually seen as the ability to think and learn, but in a rapidly changing world, the most crucial skill may be the ability to rethink and unlearn. Recent global and political changes have forced many of us to re-evaluate our opinions and decisions. Yet we often still favor the comfort of conviction over the discomfort of doubt, and prefer opinions that make us feel good, instead of ideas that make us think hard. Intelligence is no cure, and can even be a curse. The brighter we are, the blinder we can become to our own limitations. Discover the critical art of rethinking: how questioning your opinions can position you for excellence at work and wisdom in life. 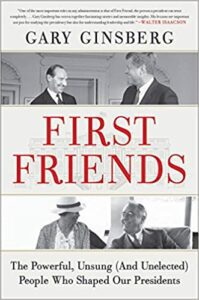 In the bestselling tradition of The Presidents Club and Presidential Courage, White House history as told through the stories of the best friends and closest confidants of American presidents. These and other friendships—including Thomas Jefferson and James Madison, Franklin Pierce and Nathaniel Hawthorne, and Bill Clinton and Vernon Jordan—populate this fresh and provocative exploration of a series of seminal presidential friendships. Publishing history teems with books by and about Presidents, First Ladies, First Pets, and even First Chefs.