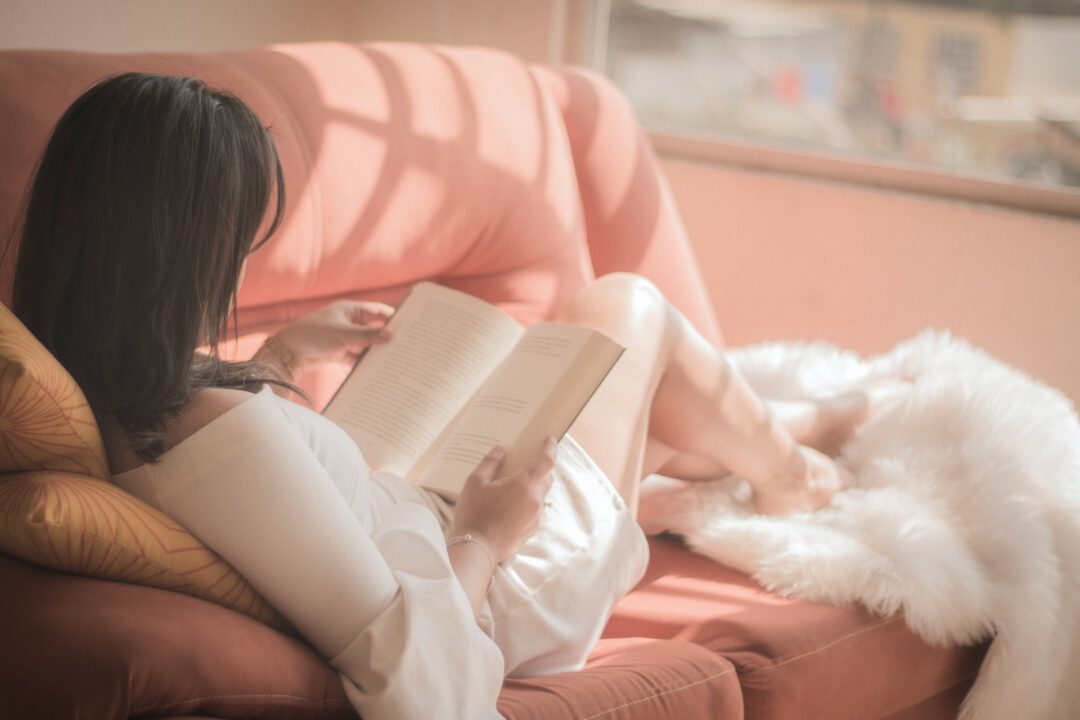 This list of New York Times Best Sellers Paperback Nonfiction is up-to-date and authoritative. These books are most popular in the United States. The list has 15 books.

1. The Body Keeps the Score 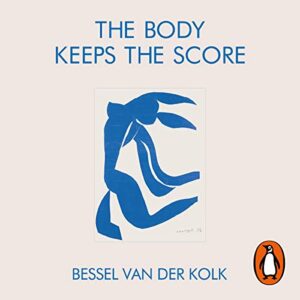 What causes people to continually relive what they most want to forget and what treatments could help restore them to a life with purpose and joy? In this audiobook, Dr Bessel van der Kolk offers a new paradigm for effectively treating traumatic stress. Neither talking nor drug therapies have proven entirely satisfactory. With stories of his own work and those of specialists around the globe, The Body Keeps the Score sheds new light on the routes away from trauma – which lie in the regulation and syncing of body and mind, using sport, drama, yoga, mindfulness, meditation and other routes to equilibrium. 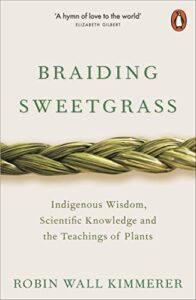 As a botanist, Robin Wall Kimmerer has been trained to ask questions of nature with the tools of science. As a member of the Citizen Potawatomi Nation, she embraces the notion that plants and animals are our oldest teachers. In Braiding Sweetgrass, Kimmerer brings these two ways of knowledge together. Drawing on her life as an indigenous scientist, a mother, and a woman, Kimmerer shows how other living beings – asters and goldenrod, strawberries and squash, salamanders, algae, and sweetgrass – offer us gifts and lessons, even if we’ve forgotten how to hear their voices.

3. Born a Crime: Stories from a South African Childhood 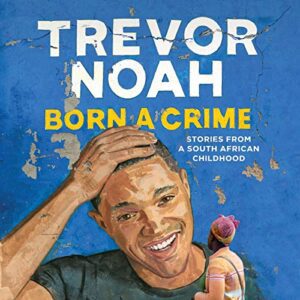 In this award-winning Audible Studios production, Trevor Noah tells his wild coming-of-age tale during the twilight of apartheid in South Africa. It’s a story that begins with his mother throwing him from a moving van to save him from a potentially fatal dispute with gangsters, then follows the budding comedian’s path to self-discovery through episodes both poignant and comical. Noah’s virtuoso embodiment of all the characters from his childhood, and his ability to perform accents and dialects effortlessly in English, Xhosa, and Zulu, garnered the Audie Award for Best Male Narrator in 2018. Nevertheless, Noah’s devoted and uncompromising mother—as voiced by her son—steals the show.

4. The Beauty in Breaking: A Memoir 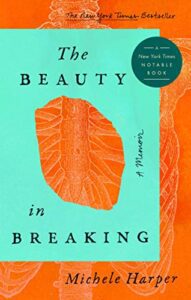 Michele Harper is a female, African American emergency room physician in a profession that is overwhelmingly male and white. Brought up in Washington, D.C., in a complicated family, she went to Harvard, where she met her husband. They stayed together through medical school until two months before she was scheduled to join the staff of a hospital in central Philadelphia, when he told her he couldn’t move with her. Her marriage at an end, Harper began her new life in a new city, in a new job, as a newly single woman. An emergency room physician explores how a life of service to others taught her how to heal herself.

5. Outliers: The Story of Success 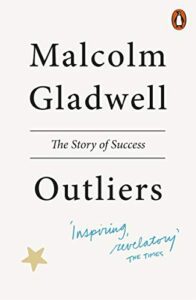 From the bestselling author of Blink and The Tipping Point, Malcolm Gladwell’s Outliers: The Story of Success overturns conventional wisdom about genius to show us what makes an ordinary person an extreme overachiever. In this provocative and inspiring book, Malcolm Gladwell looks at everyone from rock stars to professional athletes, software billionaires to scientific geniuses, to show that the story of success is far more surprising, and far more fascinating, than we could ever have imagined. He reveals that it’s as much about where we’re from and what we do, as who we are – and that no one, not even a genius, ever makes it alone.

6. Sapiens: A Brief History of Humankind 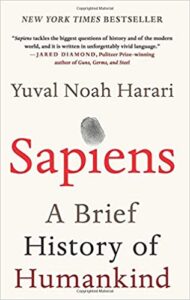 A Summer Reading Pick for President Barack Obama, Bill Gates, and Mark Zuckerberg. From a renowned historian comes a groundbreaking narrative of humanity’s creation and evolution—a #1 international bestseller—that explores the ways in which biology and history have defined us and enhanced our understanding of what it means to be “human.” Most books about the history of humanity pursue either a historical or a biological approach, but Dr. Yuval Noah Harari breaks the mold with this highly original book that begins about 70,000 years ago with the appearance of modern cognition.

7. White Fragility: Why It’s So Hard 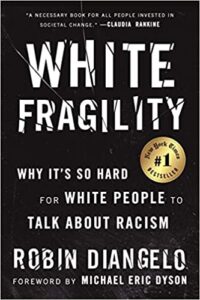 The New York Times best-selling book exploring the counterproductive reactions white people have when their assumptions about race are challenged, and how these reactions maintain racial inequality. In this “vital, necessary, and beautiful book”, antiracist educator Robin Di Angelo deftly illuminates the phenomenon of white fragility and “allows us to understand racism as a practice not restricted to ‘bad people’. Referring to the defensive moves that white people make when challenged racially, white fragility is characterized by emotions such as anger, fear, and guilt, and by behaviors including argumentation and silence.

8. Just Mercy: A Story of Justice 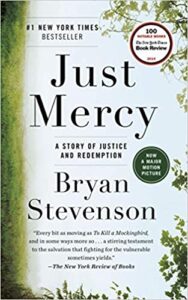 A powerful true story about the potential for mercy to redeem us, and a clarion call to fix our broken system of justice—from one of the most brilliant and influential lawyers of our time. Bryan Stevenson was a young lawyer when he founded the Equal Justice Initiative, a legal practice dedicated to defending those most desperate and in need: the poor, the wrongly condemned, and women and children trapped in the farthest reaches of our criminal justice system. One of his first cases was that of Walter McMillian, a young man who was sentenced to die for a notorious murder he insisted he didn’t commit.

9. Killers of the Flower Moon 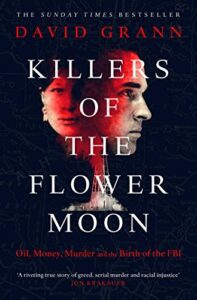 In the 1920s, the richest people per capita in the world were members of the Osage Indian nation in Oklahoma. After oil was discovered beneath their land, they rode in chauffeured automobiles, built mansions and sent their children to study in Europe. Then, one by one, the Osage began to be killed off. As the death toll climbed, the FBI took up the case. But the bureau badly bungled the investigation. In desperation, its young director, J. Edgar Hoover, turned to a former Texas Ranger named Tom White to unravel the mystery. Together with the Osage he and his undercover team began to expose one of the most chilling conspiracies in American history. 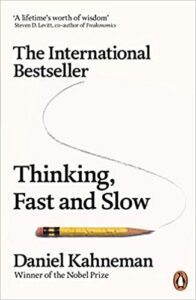 The phenomenal international bestseller – 2 million copies sold – that will change the way you make decisions. Why is there more chance we’ll believe something if it’s in a bold type face? Why are judges more likely to deny parole before lunch? The answer lies in the two ways we make choices: fast, intuitive thinking, and slow, rational thinking. This book reveals how our minds are tripped up by error and prejudice, and gives you practical techniques for slower, smarter thinking. It will enable to you make better decisions at work, at home, and in everything you do.

11. How to Change Your Mind 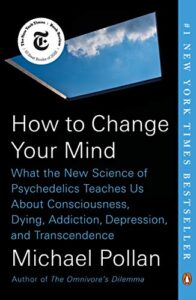 When Michael Pollen set out to research how LSD and psilocybin are being used to provide relief to people suffering from difficult-to-treat conditions such as depression, addiction and anxiety, he did not intend to write what is undoubtedly his most personal book. But upon discovering how these remarkable substances are improving the lives not only of the mentally ill but also of healthy people coming to grips with the challenges of everyday life, he decided to explore the landscape of the mind in the first person as well as the third.

12. The Warmth of Other Suns 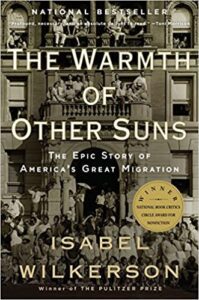 In this beautifully written masterwork, the Pulitzer Prize–winning author chronicles one of the great untold stories of American history: the decades-long migration of black citizens who fled the South for northern and western cities, in search of a better life. From 1915 to 1970, this exodus of almost six million people changed the face of America. Wilkerson compares this epic migration to the migrations of other peoples in history. She interviewed more than a thousand people, and gained access to new data and official records, to write this definitive and vividly dramatic account of how these American journeys unfolded, altering our cities, our country, and ourselves. 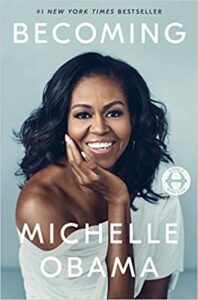 In a life filled with meaning and accomplishment, Michelle Obama has emerged as one of the most iconic and compelling women of our era. As First Lady of the United States of America—the first African American to serve in that role—she helped create the most welcoming and inclusive White House in history, while also establishing herself as a powerful advocate for women and girls in the U.S. and around the world, dramatically changing the ways that families pursue healthier and more active lives, and standing with her husband as he led America through some of its most harrowing moments.

14. Hillbilly Elegy: A Memoir of a Family 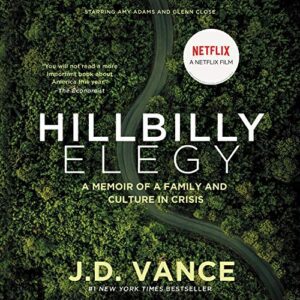 From a former marine and Yale Law School graduate, a powerful account of growing up in a poor Rust Belt town that offers a broader, probing look at the struggles of America’s white working class. The decline of this group, a demographic of our country that has been slowly disintegrating over 40 years, has been reported on with growing frequency and alarm but has never before been written about as sparingly from the inside. J. D. Vance tells the true story of what a social, regional, and class decline feels like when you were born with it hung around your neck.

15. Grit: The Power of Passion and Perseverance 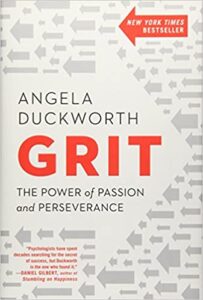 In this instant New York Times bestseller, pioneering psychologist Angela Duckworth shows anyone striving to succeed—be it parents, students, educators, athletes, or business people—that the secret to outstanding achievement is not talent but a special blend of passion and persistence she calls “grit.” Drawing on her own powerful story as the daughter of a scientist who frequently noted her lack of “genius,” Duckworth, now a celebrated researcher and professor, describes her early eye-opening stints in teaching, business consulting, and neuroscience.

These 25 Best Books Of 2020 Cover Everything From Romance, Love, Life To Memory And Losses