70 Famous Quotes About Work Ethics That’ll Lift You Up

When we start our careers, we know that we have to put in our best. However, pretty soon, the limits of good and bad start dimming. There are some people who just do not follow any ethics, and there is no explanation behind their behaviour.

That may lead you to get confused over what is right and wrong. To help you, we have compiled some work ethic quotes. They will guide you when you are in distress.

These quotes show whether you are doing the right thing. Read them and share if you feel others do not agree with you.

Quotes About Work Ethic And Integrity 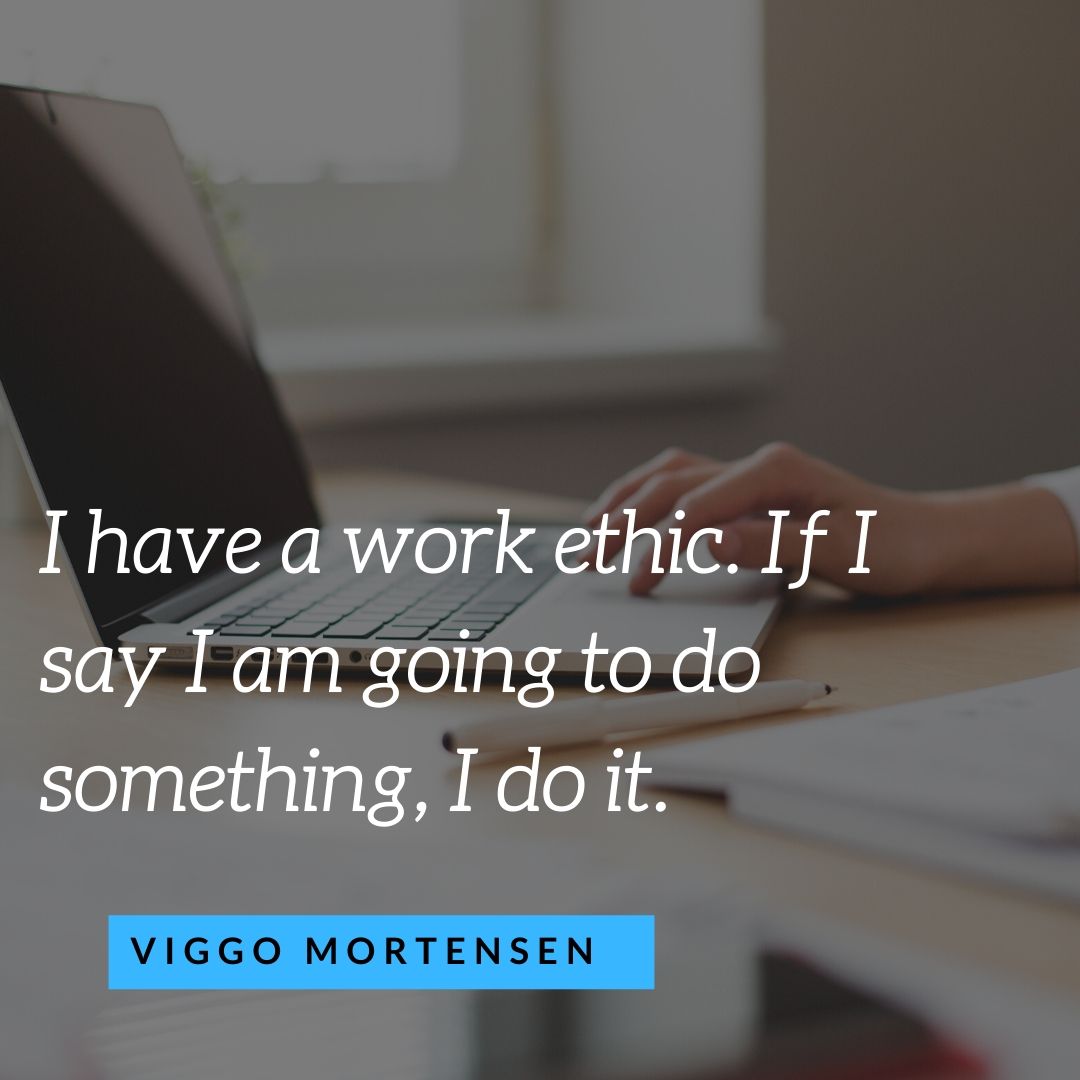 3. “Nobody ever drowned in his own sweat.” ― Ann Landers

4. “Ethics is not definable, is not implementable, because it is not conscious; it involves not only our thinking but also our feeling.” ― Valdemar W. Setzer

5. “The difference between try and triumph is just a little umph!” ― Marvin Phillips 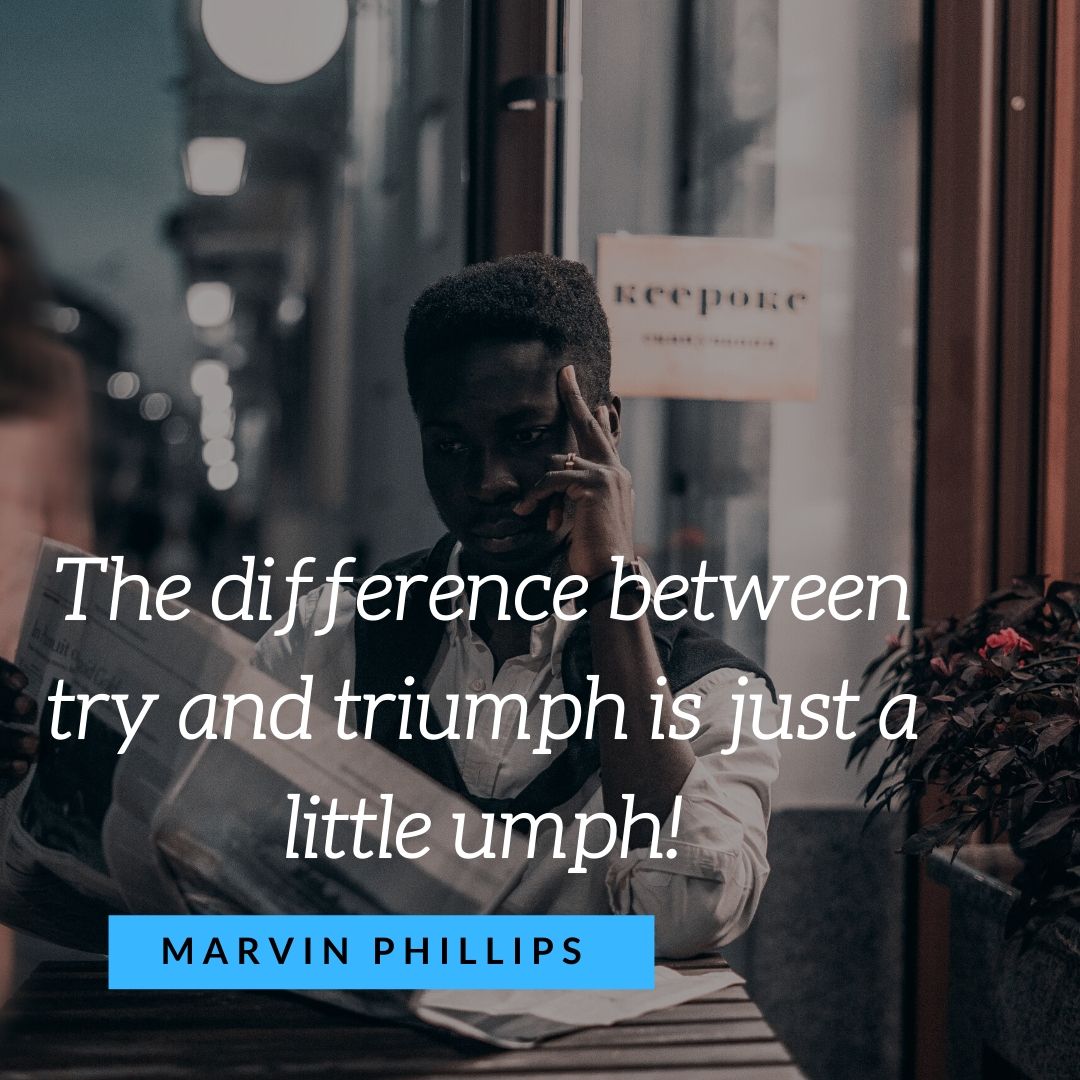 6. “Success is dependent upon the glands – sweat glands.” ― Zig Ziglar

7. “Striving for success without hard work is like trying to harvest where you haven’t planted.” ― David Bly

8. “A dream does not become reality through magic; it takes sweat, determination, and hard work.” ― Colin Powell

9. “I would rather risk wearing out than rusting out.” ― Theodore Roosevelt

Quotes About Work Ethic In Sports

10. “Talent is cheaper than table salt. What separates the talented individual from the successful one is a lot of hard work.” ― Stephen King 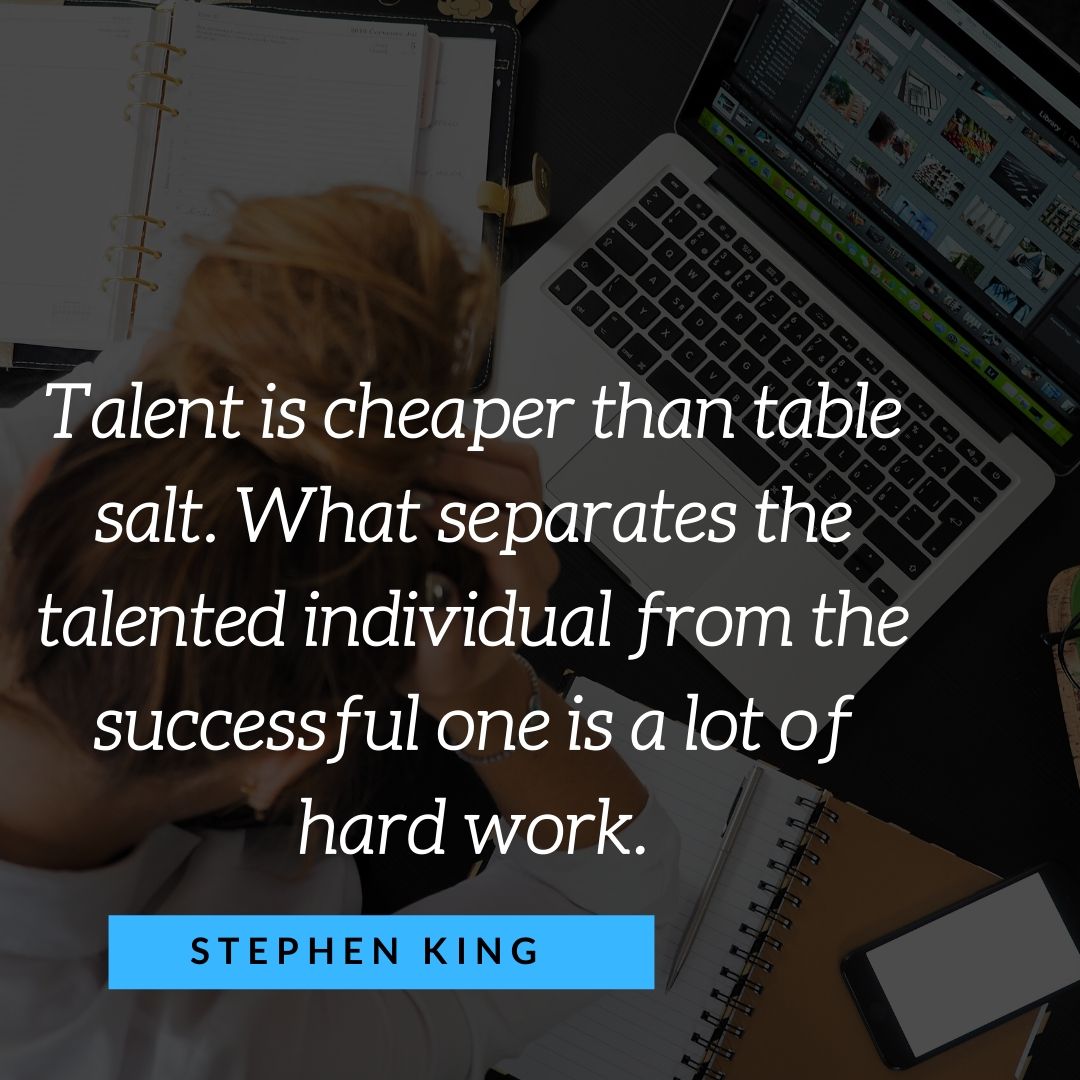 12. “When you play, play hard; when you work, don’t play at all.” –Theodore Roosevelt

13. “Make every detail perfect and limit the number of details to perfect.” ― Jack Dorsey 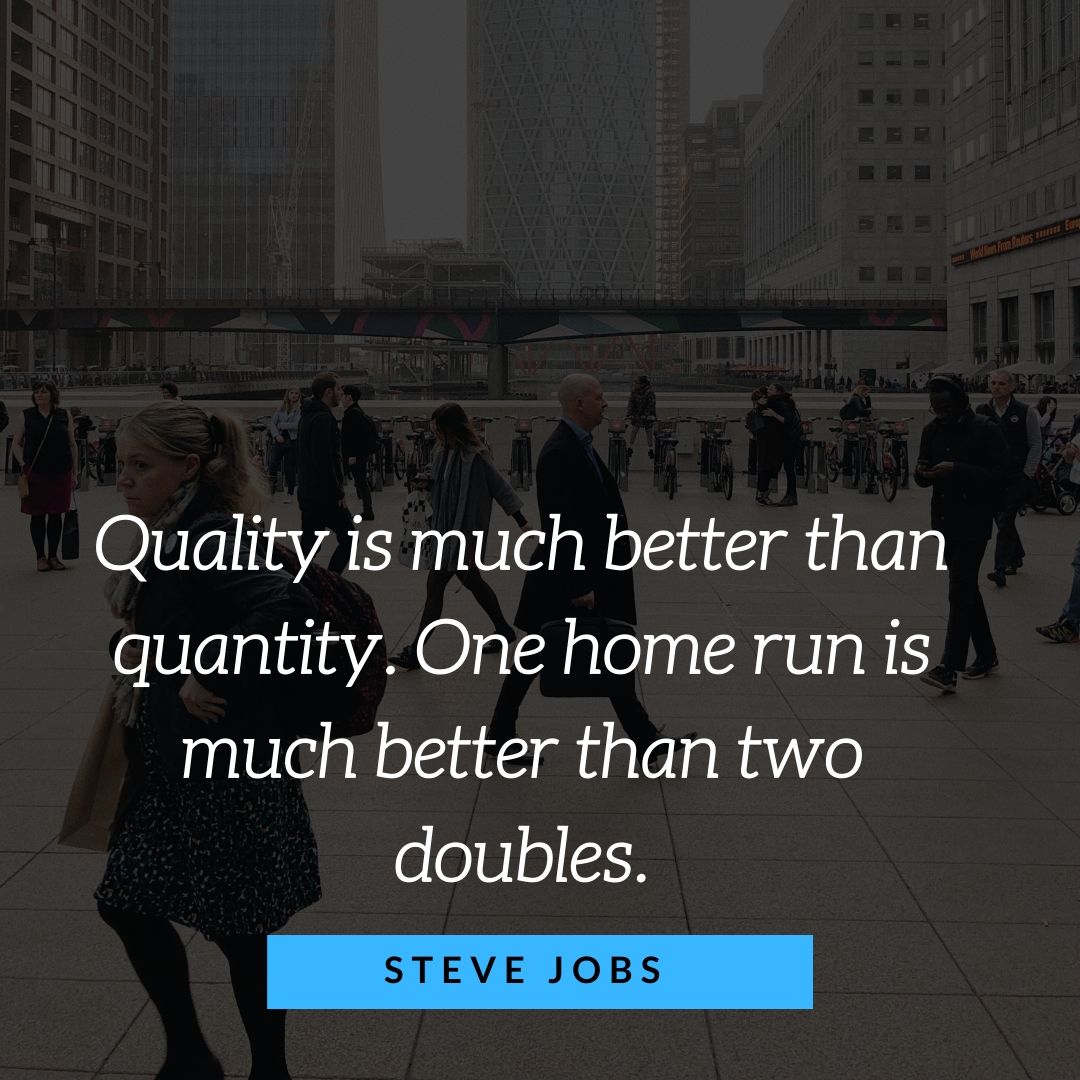 17. “All roads that lead to success have to pass through hard work Boulevard at some point.” ― Eric Thomas

20. “Opportunities are usually disguised as hard work, so most people don’t recognize them.” ― Ann Landers 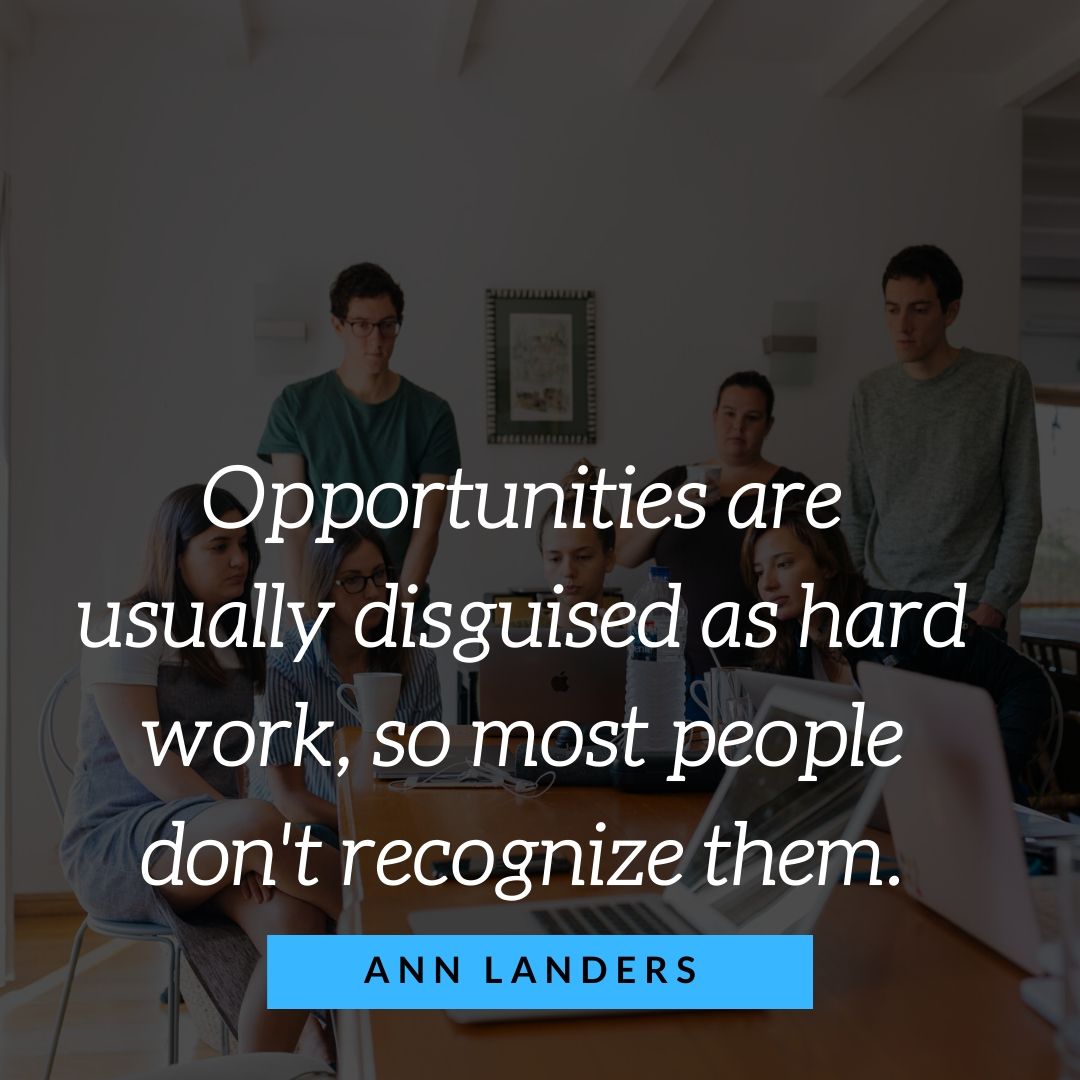 21. “I’m a greater believer in luck, and I find the harder I work the more I have of it.” ― Thomas Jefferson

23. “Satisfaction lies in the effort, not in the attainment. Full effort is a full victory.” ― Mohandas Gandhi

24. “Happiness is not in the mere possession of money; it lies in the joy of achievement, in the thrill of creative effort.” ― Franklin D. Roosevelt 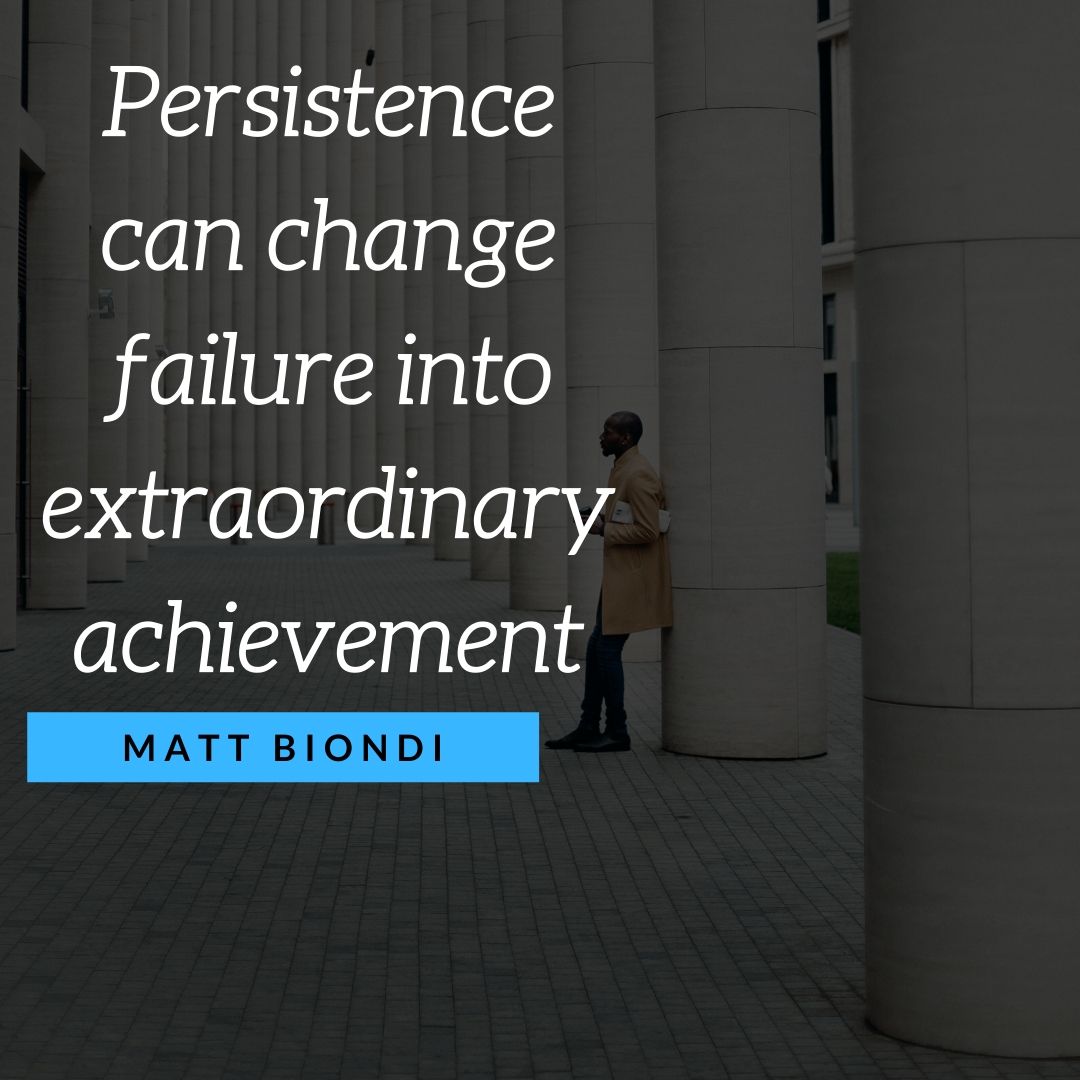 26. “Be a yardstick of quality. Some people aren’t used to an environment where excellence is expected.” ― Steve Jobs

27. “All growth depends upon activity. There is no development physically or intellectually without effort, and effort means work.” ― Calvin Coolidge

28. “Nobody who ever gave his best regretted it.” ― George Halas

30. “No one understands and appreciates the American Dream of hard work leading to material rewards better than a non-American.” ― Anthony Bourdain 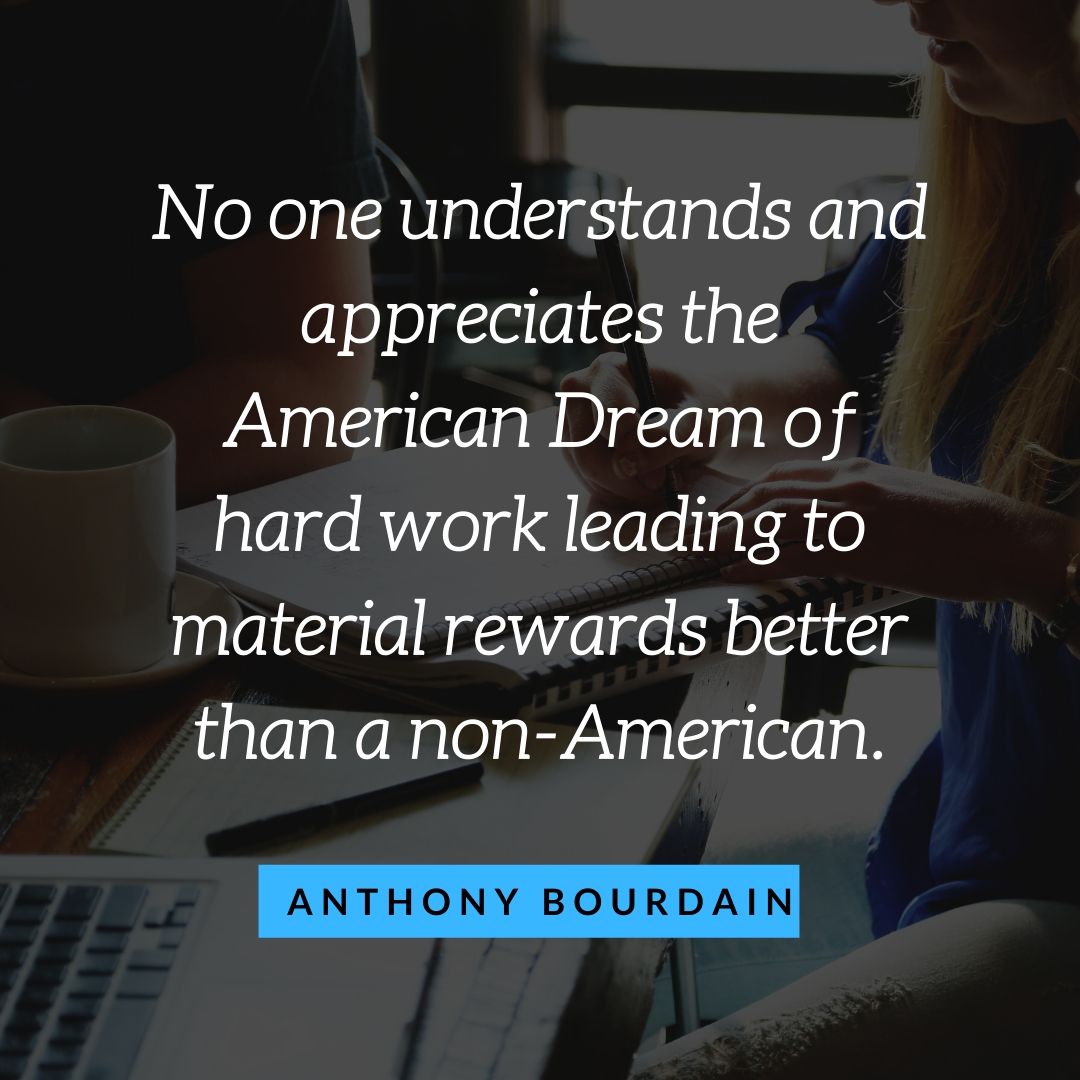 32. “If you work hard enough and assert yourself, and use your mind and imagination, you can shape the world to your desires.” ― Malcolm Gladwell

33. “There is simply no substitute for hard work when it comes to achieving success.” ― Heather Bresch

35. You can’t wait for inspiration. You have to go after it with a club.” —Jack London 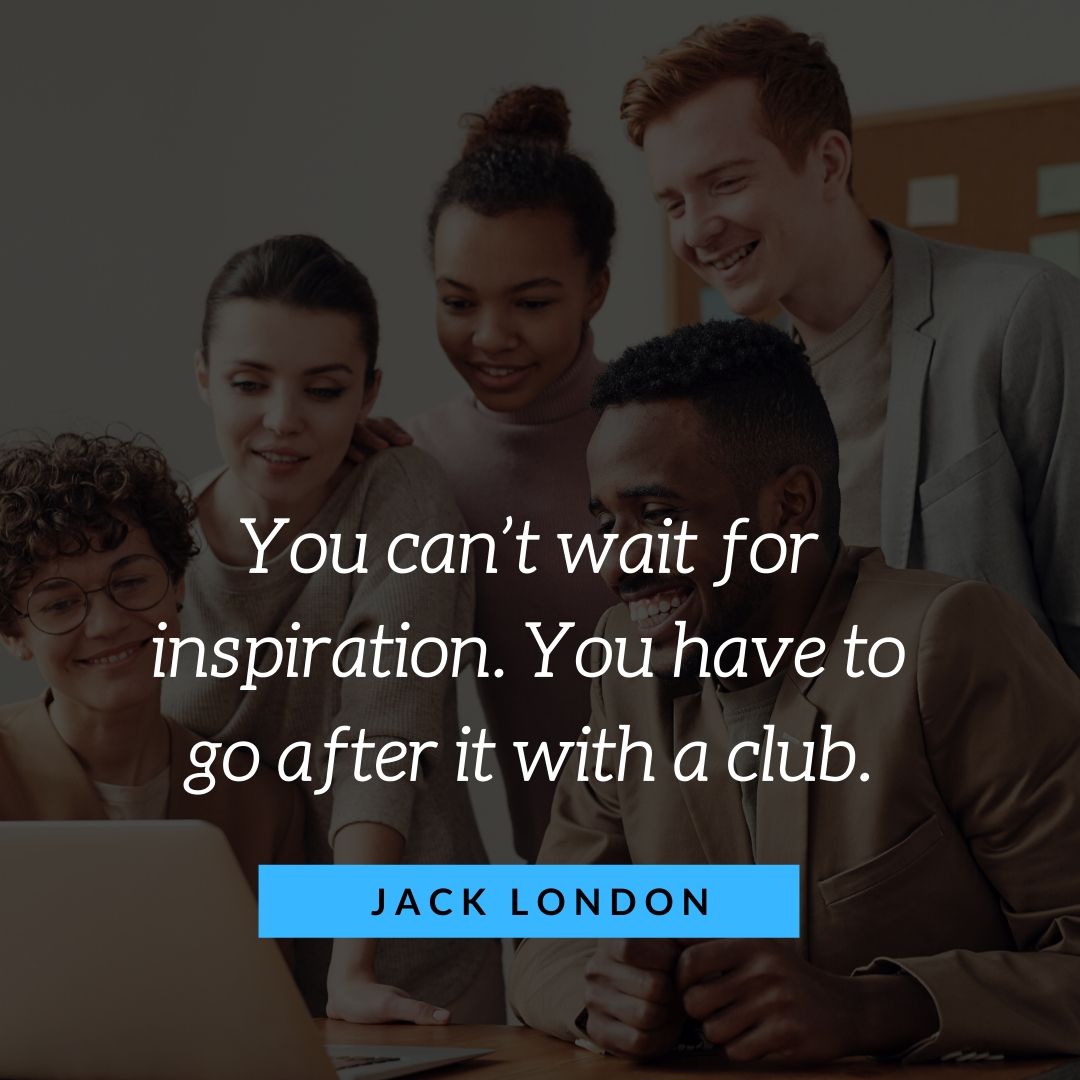 36. “Good, better, best. Never let it rest. Until your good is better and your better is best.” ― Tim Duncan

37. “Life is like art. You have to work hard to keep it simple and still have meaning.” ― Charles de Lint

38. “The dictionary is the only place that success comes before work. Work is the key to success, and hard work can help you accomplish anything.” ― Vince Lombardi

39. “You will never plow a field if you only turn it over in your mind.” ― Irish Proverb

40. “If you have built castles in the air; your work need not be lost; that is where they should be. Now put the foundations under them.” ― Henry David Thoreau 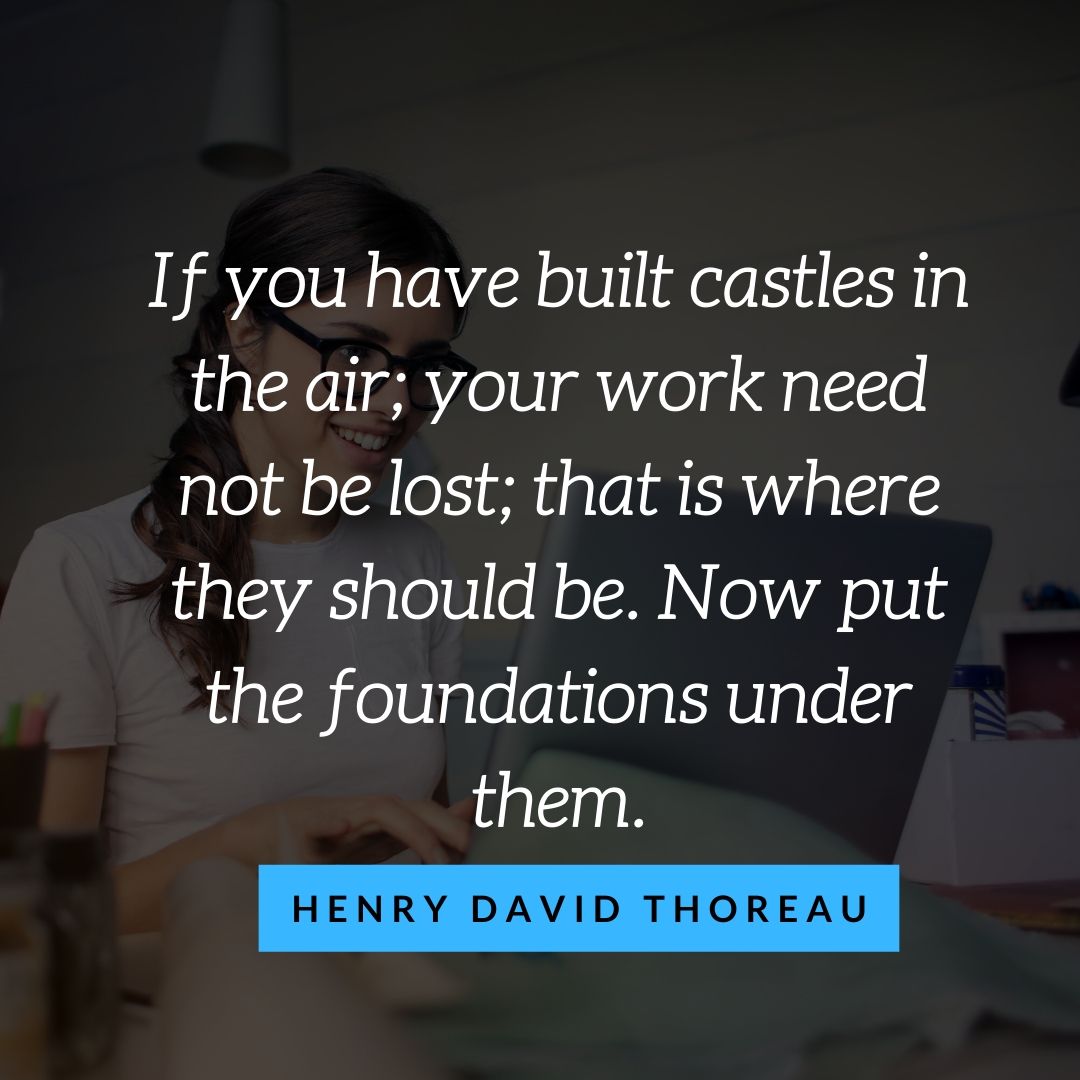 41. “The only way to achieve the impossible is to believe it is possible.” — Charles Kingsleigh

42. “The difference between try and triumph is just a little umph!” ― Marvin Phillips 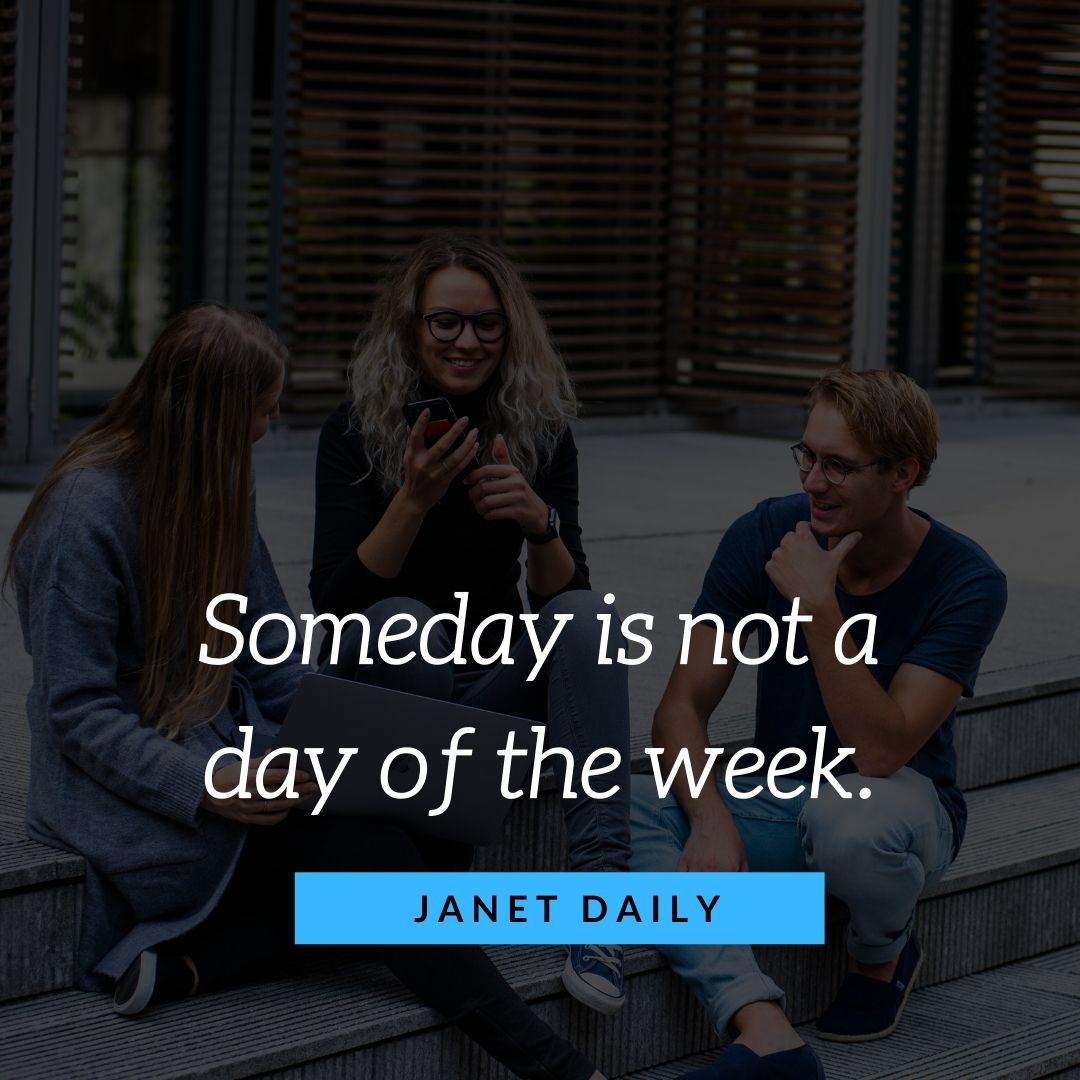 46. “I’m convinced that about half of what separates the successful entrepreneurs from the non-successful ones is pure perseverance.” ― Steve Jobs

47. “Success is the result of perfection, hard work, learning from failure, loyalty, and persistence.” ― Colin Powell

50. “Plan your work for today and every day, then work your plan.” ― Margaret Thatcher 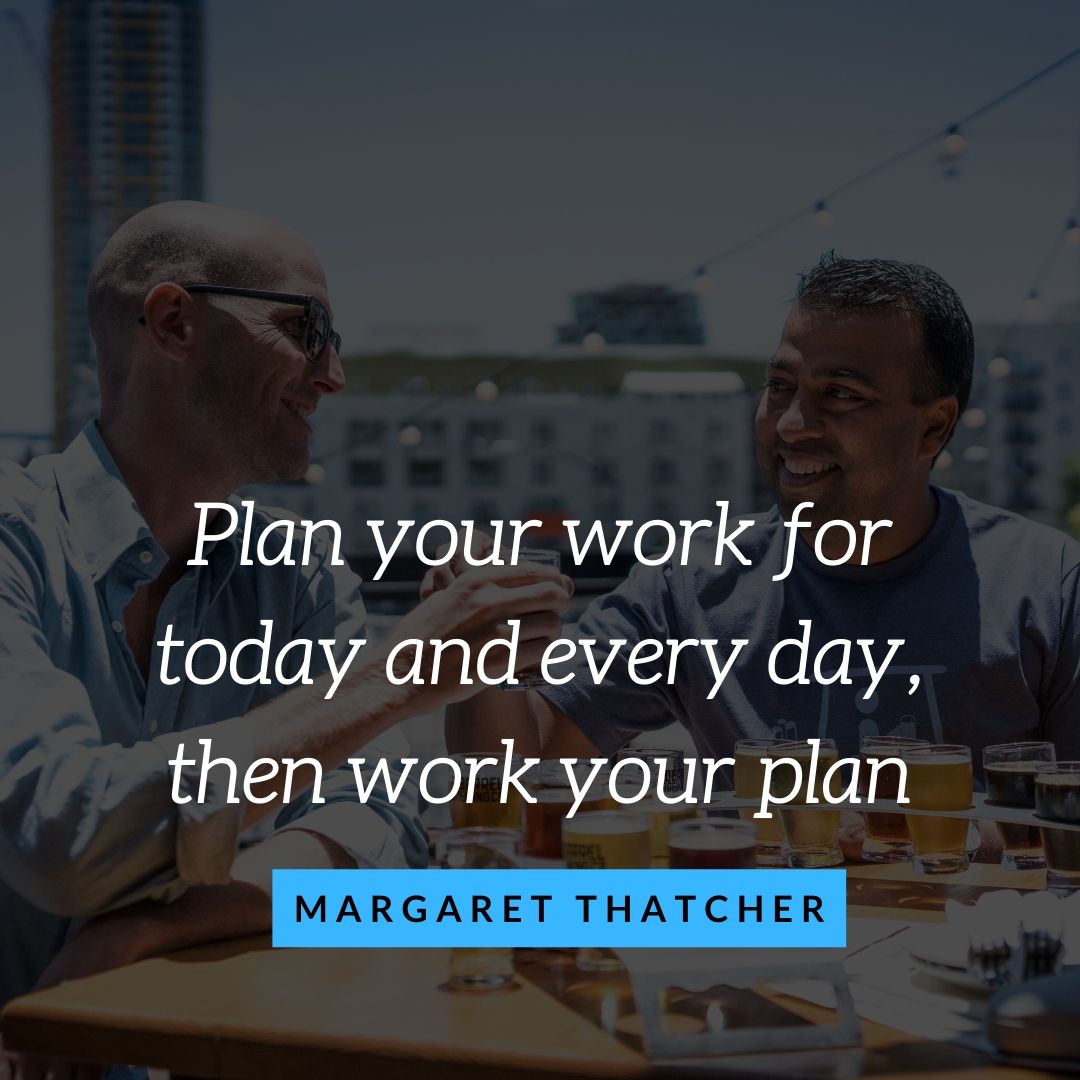 51. “Plans are only good intentions unless they immediately degenerate into hard work.” – Peter Drucker

53. “If people knew how hard I had to work to gain my mastery, it would not seem so wonderful at all.” – Michelangelo

59. “All growth depends upon activity. There is no development physically or intellectually without effort, and effort means work.” – Calvin Coolidge

61. “Diamonds are nothing more than chunks of coal that stuck to their jobs.” – Malcolm Forbes

62. “Success is dependent upon the glands – sweat glands.” – Zig Ziglar

63. “The highest reward for a man’s toil is not what he gets for it but what he becomes by it.” – John Ruskin

64. “I would rather risk wearing out than rusting out.” – Theodore Roosevelt

65. “There may be people that have more talent than you, but there’s no excuse for anyone to work harder than you do.” – Derek Jeter

66. “Be humble. Be hungry. And always be the hardest worker in the room.” – Dwayne Johnson

67. “I’m a great believer in luck, and I find the harder I work the more I have of it.” – Thomas Jefferson

69. “Nobody can think straight who does not work. Idleness warps the mind.” – Henry Ford

You have read all the quotes about work ethic. This should help you make your work decisions correctly. When in a dilemma, go through these quotes, which will show you the right path. You can also treat them as your guiding light when nothing seems right.