Neil Gaiman is a well-known English author, who is most famous for the comic book series. He has written many popular fiction, novels, graphic novels, audio theatre and films. Gaiman also wrote episodes of the BBC science fiction series Doctor Who. Here are the top 50 Neil Gaiman quotes that will motivate you to get through your existential crisis.

2. “Have you ever been in love? Horrible isn’t it? It makes you so vulnerable. It opens your chest and it opens up your heart and it means that someone can get inside you and mess you up.”-Neil Gaiman

3. “I lived in books more than I lived anywhere else.” — Neil Gaiman

6. “Sometimes you wake up. Sometimes the fall kills you. And sometimes, when you fall, you fly.”-Neil Gaiman

7. “May your coming year be filled with magic and dreams and good madness. I hope you read some fine books and kiss someone who thinks you’re wonderful, and don’t forget to make some art — write or draw or build or sing or live as only you can. And I hope, somewhere in the next year, you surprise yourself.”-Neil Gaiman

8. “I hope that in this year to come, you make mistakes. Because if you are making mistakes…you’re Doing Something.”-Neil Gaiman

9. “Have you ever been in love? Horrible isn’t it? It makes you so vulnerable. It opens your chest and it opens up your heart and it means that someone can get inside you and mess you up. -Neil Gaiman

10. You build up all these defenses, you build up a whole suit of armor, so that nothing can hurt you, then one stupid person, no different from any other stupid person, wanders into your stupid life…You give them a piece of you. -Neil Gaiman

11. They didn’t ask for it. They did something dumb one day, like kiss you or smile at you, and then your life isn’t your own anymore. -Neil Gaiman

12. Love takes hostages. It gets inside you. It eats you out and leaves you crying in the darkness, so simple a phrase like ‘maybe we should be just friends’ turns into a glass splinter working its way into your heart. It hurts. Not just in the imagination. Not just in the mind. It’s a soul-hurt, a real gets-inside-you-and-rips-you-apart pain. I hate love.”-Neil Gaiman

13. “Life is a disease: sexually transmitted, and invariably fatal.”-Neil Gaiman

14. “Everybody has a secret world inside of them. I mean everybody. All of the people in the whole world, I mean everybody ” no matter how dull and boring they are on the outside. Inside them they’ve all got unimaginable, magnificent, wonderful, stupid, amazing worlds… Not just one world. Hundreds of them. Thousands, maybe.”-Neil Gaiman

15. “What I say is, a town isn’t a town without a bookstore. It may call itself a town, but unless it’s got a bookstore, it knows it’s not fooling a soul.”-Neil Gaiman 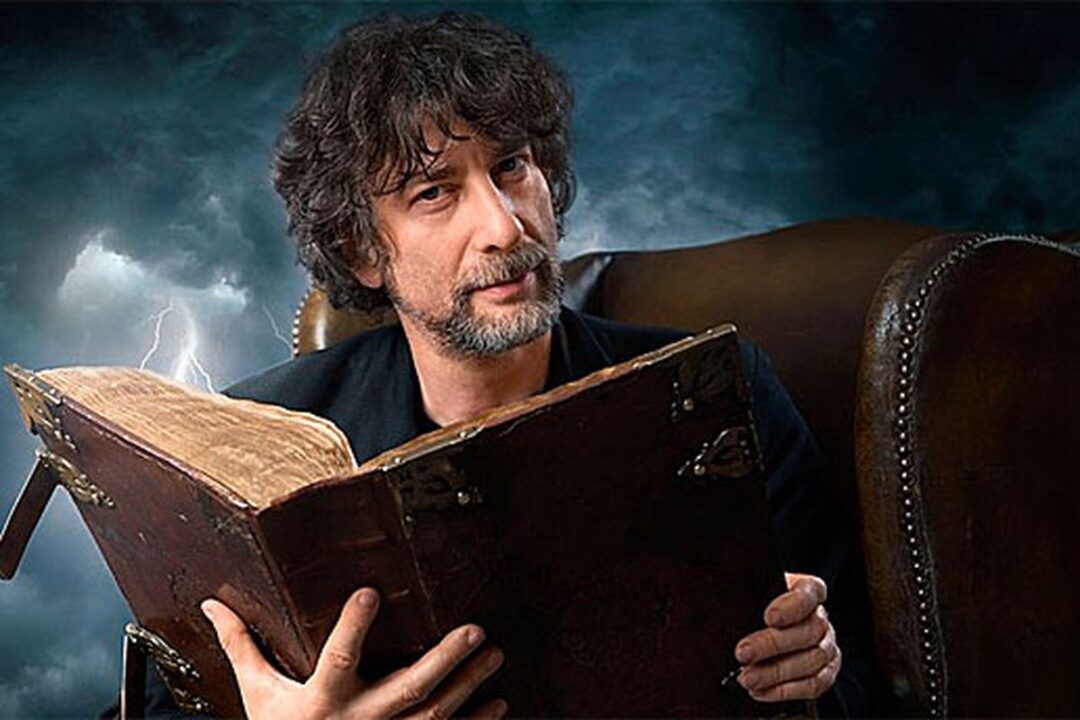 16. “People think dreams aren’t real just because they aren’t made of matter, of particles. Dreams are real. But they are made of viewpoints, of images, of memories and puns and lost hopes.”-Neil Gaiman

17. “Stories may well be lies, but they are good lies that say true things, and which can sometimes pay the rent.”-Neil Gaiman

18. “There are so many fragile things, after all. People break so easily, and so do dreams and hearts.”-Neil Gaiman

19. “When I was a child, adults would tell me not to make things up, warning me of what would happen if I did. As far as I can tell so far, it seems to involve lots of foreign travel and not having to get up too early in the morning.”-Neil Gaiman

21. “She seems so cool, so focused, so quiet, yet her eyes remain fixed upon the horizon. You think you know all there is to know about her immediately upon meeting her, but everything you think you know is wrong. Passion flows through her like a river of blood.

22. “She only looked away for a moment, and the mask slipped, and you fell. All your tomorrows start here.”-Neil Gaiman

24. “Being a writer is a very peculiar sort of a job: it’s always you versus a blank sheet of paper (or a blank screen) and quite often the blank piece of paper wins.”-Neil Gaiman

27. “Things need not have happened to be true. Tales and dreams are the shadow-truths that will endure when mere facts are dust and ashes, and forgot.”-Neil Gaiman 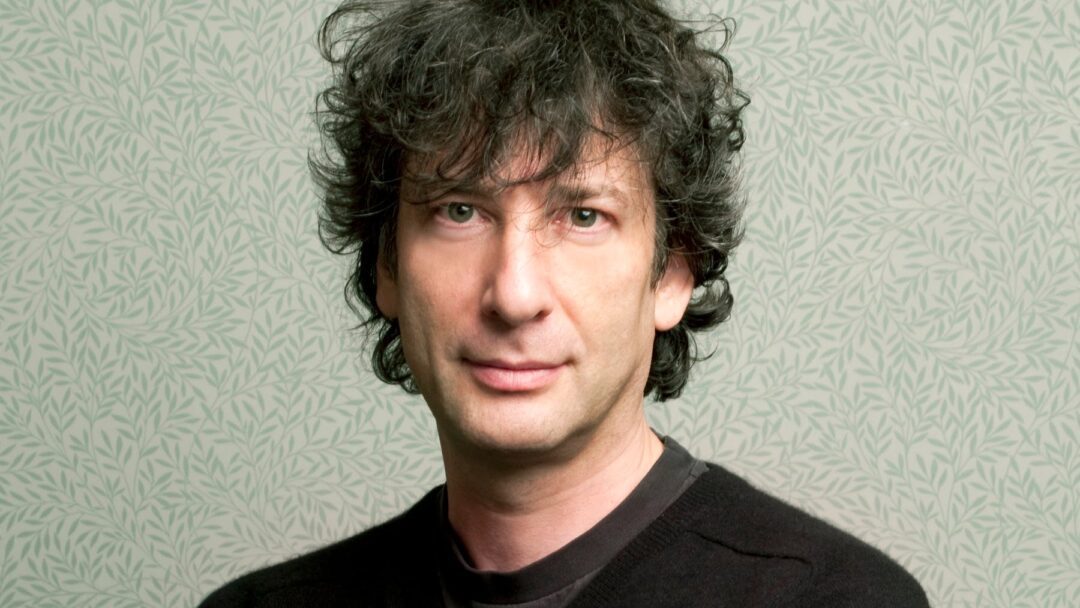 29. And, most importantly (because I think there should be more kindness and more wisdom in the world right now), that you will, when you need to be, be wise, and that you will always be kind.”-Neil Gaiman

30. “This is how you do it: you sit down at the keyboard and you put one word after another until its done. It’s that easy, and that hard.”-Neil Gaiman

31. “I hope that in this year to come, you make mistakes.

33. So that’s my wish for you, and all of us, and my wish for myself. Make New Mistakes. Make glorious, amazing mistakes. Make mistakes nobody’s ever made before. Don’t freeze, don’t stop, don’t worry that it isn’t good enough, or it isn’t perfect, whatever it is: art, or love, or work or family or life.

34. Whatever it is you’re scared of doing, Do it.Make your mistakes, next year and forever.”-Neil Gaiman

35. “Grown-ups don’t look like grown-ups on the inside either. Outside, they’re big and thoughtless and they always know what they’re doing. Inside, they look just like they always have. Like they did when they were your age. Truth is, there aren’t any grown-ups. Not one, in the whole wide world.”-Neil Gaiman

36. “You get what anybody gets – you get a lifetime.”-Neil Gaiman

37. “You have to believe. Otherwise, it will never happen”. — Neil Gaiman, Stardust

38.“Stories you read when you’re the right age never quite leave you. You may forget who wrote them or what the story was called. Sometimes you’ll forget precisely what happened, but if a story touches you it will stay with you, haunting the places in your mind that you rarely ever visit.”-Neil Gaiman

40. “There’s none so blind as those who will not listen.”— Neil Gaiman

41. Life is life, and it is infinitely better than the alternative, or so we presume, for nobody returns to dispute it.” — Neil Gaiman

42. “I was kidnapped by aliens, they came down from outer space with ray guns, but I fooled them by wearing a wig and laughing in a foreign accent, and I escaped.”-Neil Gaiman

43. “Fear is contagious. You can catch it. Sometimes all it takes is for someone to say that they’re scared for the fear to become real. — Neil Gaiman

44.“I felt very much like a hooker who had just been told she was a lady of the evening.”-Neil Gaiman

45. “The cartoon me writes the book’s cartoon people read in the cartoon world, because they need things to read there too.”-Neil Gaiman

46. “Then she looked at the man on the tree and she smiled wryly. “They just aren’t as interesting naked,” she said. “It’s the unwrapping that’s half the fun. Like with gifts, and eggs.”-Neil Gaiman

47. “You don’t need princes to save you. I don’t have a lot of patience for stories in which women are rescued by men.”— Neil Gaiman

48. “The future came and went in the mildly discouraging way that futures do.” — Neil Gaiman

49. “I have always felt that violence was the last refuge of the incompetent, and empty threats the last sanctuary of the terminally inept.” — Neil Gaiman

Other Author and Books Related Posts:

65 Best Oscar Wilde Quotes On Love, Life That You Will Never Forget

What Are The Biggest Lessons You Have Learned In The Corporate World?

What Are The Biggest Lessons You Have Learned In The Corporate World?