70 Regret Quotes And Sayings Which Should Motivate You

These quotes are for people who have experienced regret. They were upset with what they had done and the choices they had made in the past. After a while, however, they were able to muster the strength they needed to overcome the guilt in their hearts.

Have you ever regretted a decision or action you made in the past? Most of us have been there and it’s hard to remember an important or wrong decision. However, it is important not to get hung up on past mistakes and regrets. Letting go and forgiving yourself is the first step to healing. Therefore, knowing some quotes about regret might help you when trying to get out of a broken relationship.

Everyone has regrets in their lives. But what matters is how you deal with mistakes. It’s important to take responsibility for continuing and learning from your mistakes so you don’t repeat them. Regret quotes help you make peace with the mistakes you have made. Relationships are great, but sometimes you have regrets, especially after a breakup.

Relationship Regret Quotes To Help You Get Out Of A Broken Relationship. Always practice self-forgiveness and forget the past. We have all made mistakes in life that we regret. Dealing with regrets for past mistakes can make the difference between helping you and overcoming them. You need to own yourself, express your feelings, and learn from your mistakes. It’s okay to be hesitant or scared to end a relationship that you know isn’t working. Especially if you and your partner know you have already hurt each other. 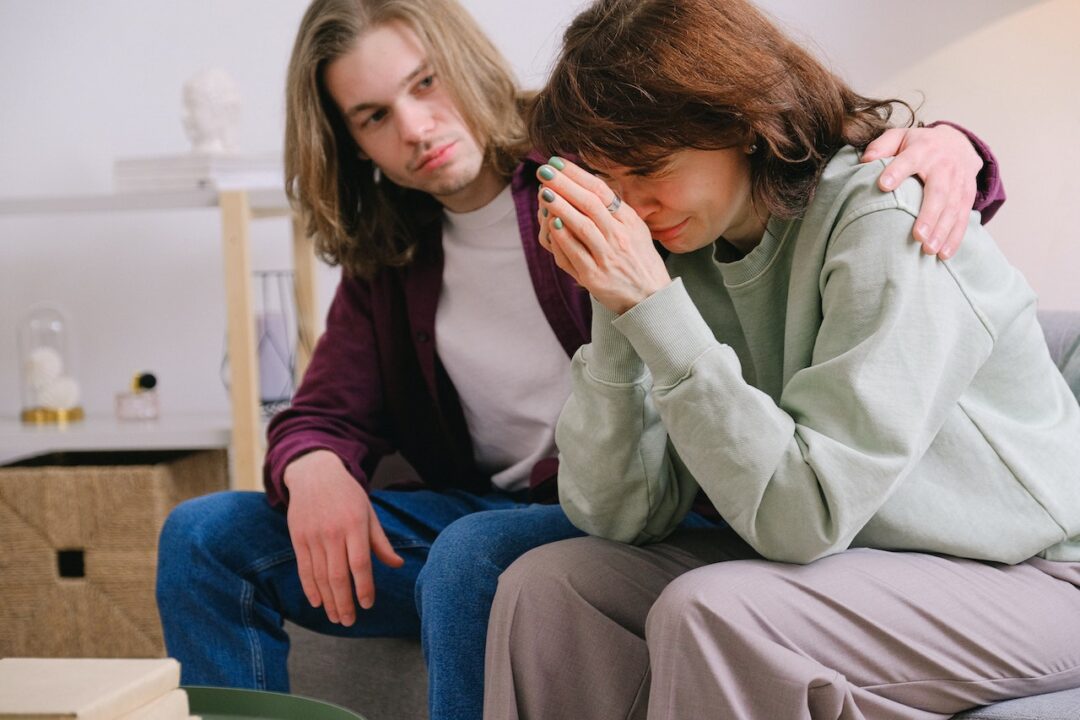 1. “One of the greatest regrets in life is being what others would want you to be, rather than being yourself.”― Shannon L. Alder

3. “There are two kinds of guilt: the kind that drowns you until you’re useless, and the kind that fires your soul to purpose.”― Sabaa Tahir

4. “Have you ever hoped for something? And held out for it against all the odds? Until everything you did was ridiculous? – Ali Shaw

5. “Regret is mostly caused by not having done anything.”― Charles Bukowski

6. “The past could always be annihilated. Regret, denial, or forgetfulness could do that. But the future was inevitable.”― Oscar Wilde

7. “Living with regrets was like driving a car that only moved in reverse.”― Jodi Picoult

9. “Of all the words of mice and men, the saddest are, ‘It might have been.”― Kurt Vonnegut

10. “Heartbreak could be lived with if it weren’t accompanied by regret.”― Laura Kasischke

Regret Quotes For Her 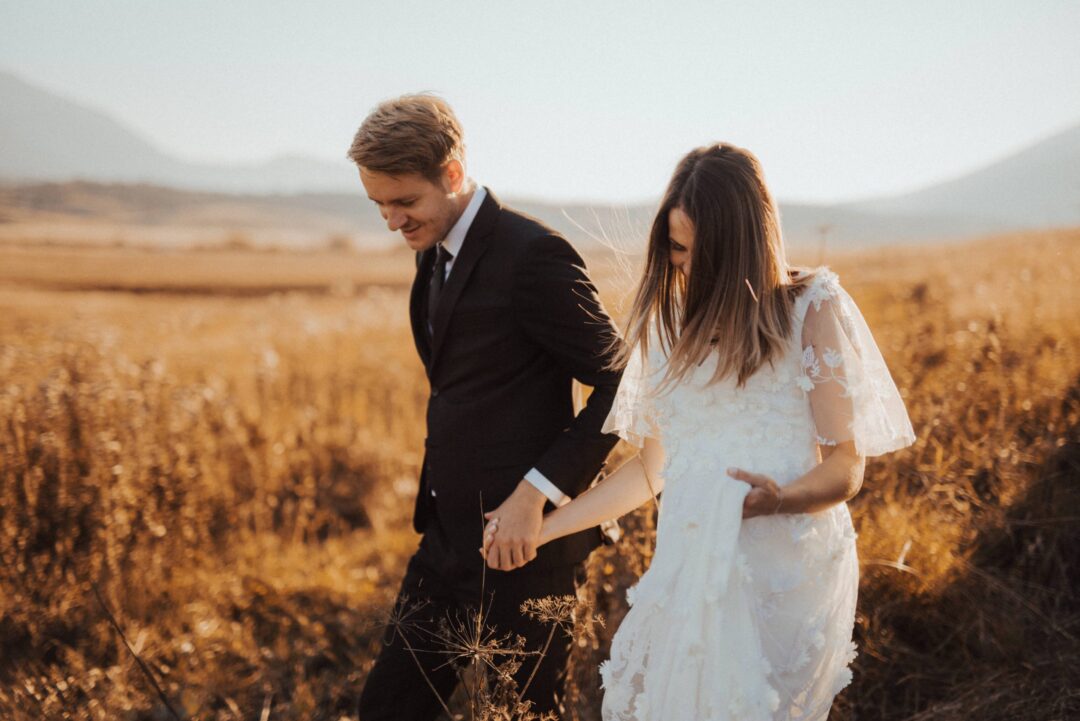 11. “If I’m sincere today, what does it matter if I regret it tomorrow? – José Saramago

12. “Maybe all one can do is hope to end up with the right regrets.”― Arthur Miller

13. “The mistakes I’ve made are dead to me. But I can’t take back the things I never did.”― Jonathan Safran Foer

14. “Forget regret, or life is yours to miss. No other path, no other way, no day but today.”― Jonathan Larson

16. “Four things do not come back: the spoken word, the sped arrow, the past life, and the neglected opportunity.”― Ted Chiang

17. “If only. Those must be the two saddest words in the world.”― Mercedes Lackey

18. “In that moment I understood that the cruelest words in the universe are if only.”― Lisa See

19. “I say things I regret constantly, and I just can’t help it.”― Kathy Griffin

20. “Sensitive people either love deeply or they regret deeply. There really is no middle ground because they live in passionate extremes.”― Shannon L. Alder

Regret Quotes For Him 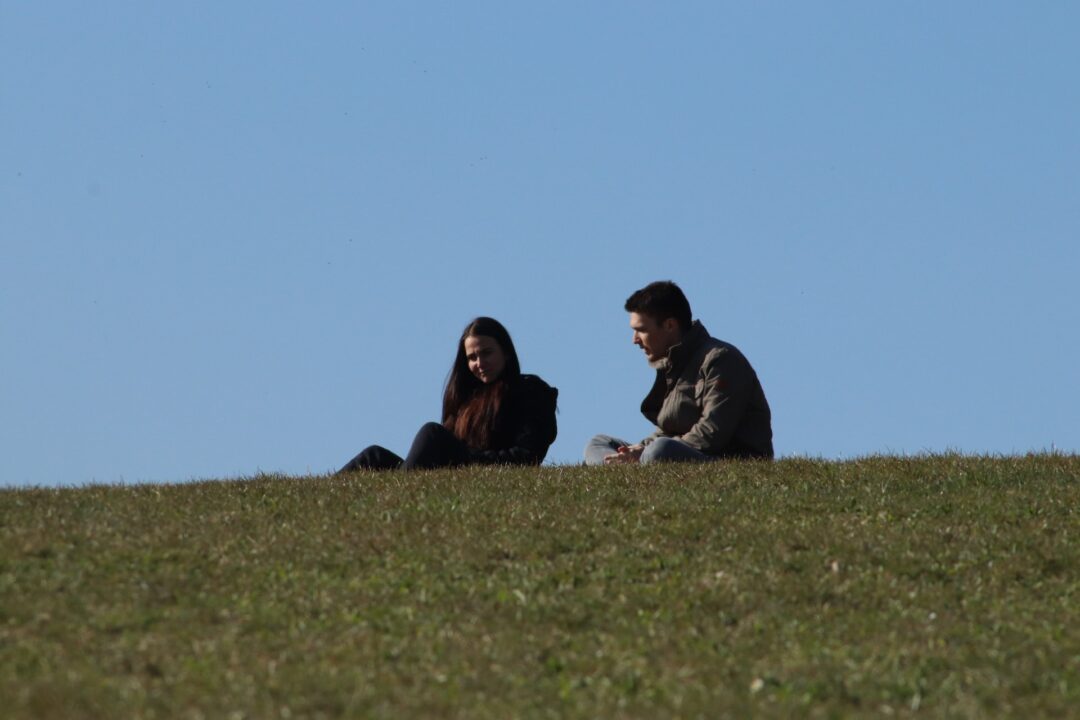 21. “Regrets are pointless. It’s too late for regrets. You’ve already done it, haven’t you? You’ve lived your life. No point wishing you could change it.”― Lemmy Kilmister

22. “A thousand times I was ready to regret and take back my rash statement, yet it had been the truth.”― Hermann Hesse

24. “There is no more disastrous mania, no more dangerous whim, than the speculation over roads not taken.”― Juan Gabriel Vásquez

25. “I’m too old to recover, too narrow to forgive myself.”― Lillian Hellman

26. “The advance of regret can be so gradual that it is impossible to say ‘Yesterday I was happy, Today I am not.”― E.M. Forster

27. “For of all sad words of tongue or pen, The saddest are these: ‘It might have been! – John Greenleaf Whittier

28. “Sometimes I wish life was written pencil so we could erase it and write it all over again.”― Thisuri Wanniarachchi

29. “We should have taken our chances back then when we were young and beautiful and didn’t even know it.”― Lois McMaster Bujold 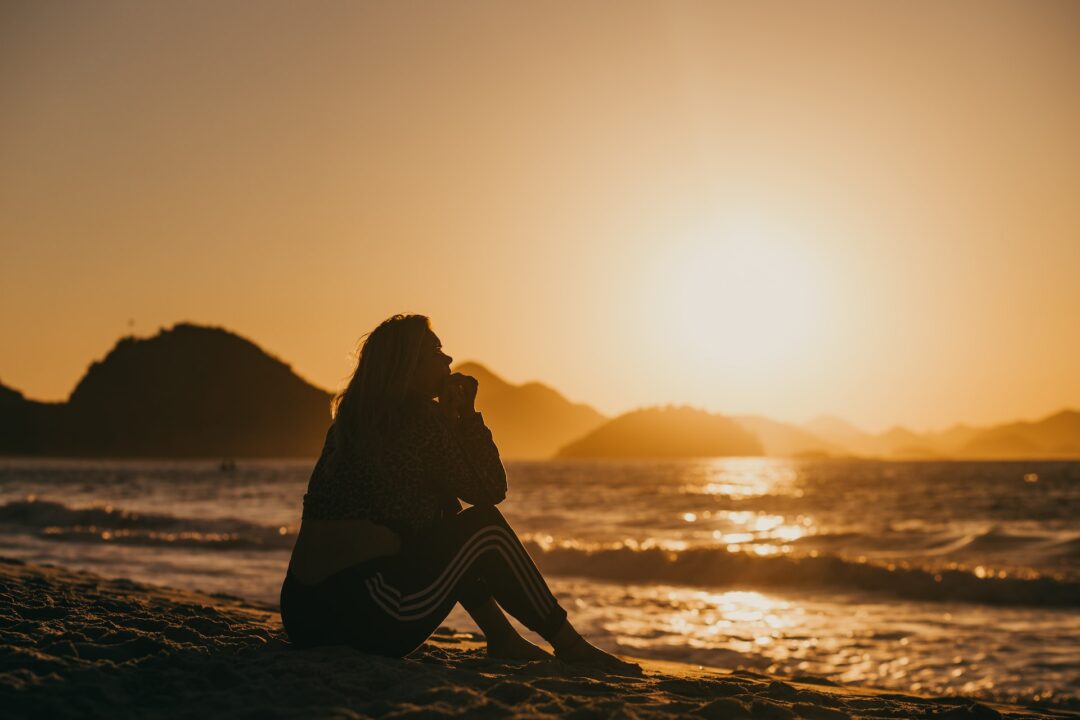 33. “We all do things we desperately wish we could undo. Those regrets just become part of who we are, along with everything else. To spend time trying to change that, well, it’s like chasing clouds.” – Libba Bray

34. “We don’t have to be defined by the things we did or didn’t do in our past. Some people allow themselves to be controlled by regret. Maybe it’s a regret, maybe it’s not. It’s merely something that happened. Get over it.” – Pittacus Lore

35. “If only. Those must be the two saddest words in the world.” – Mercedes Lackey

36. “Make it a rule of life never to regret and never to look back. Regret is an appalling waste of energy; you can’t build on it; it’s only good for wallowing in.” – Katherine Mansfield

39. “Don’t allow yourself to become one who, nearing death, regrets what you might have done if only you had taken a few risks We each have a purpose in life.” – Gillian Stokes

40. “Never regret anything from your past because one day, you’ll look back and thank it for hurting you so much that you decided to become a stronger human being.” – Faith Star 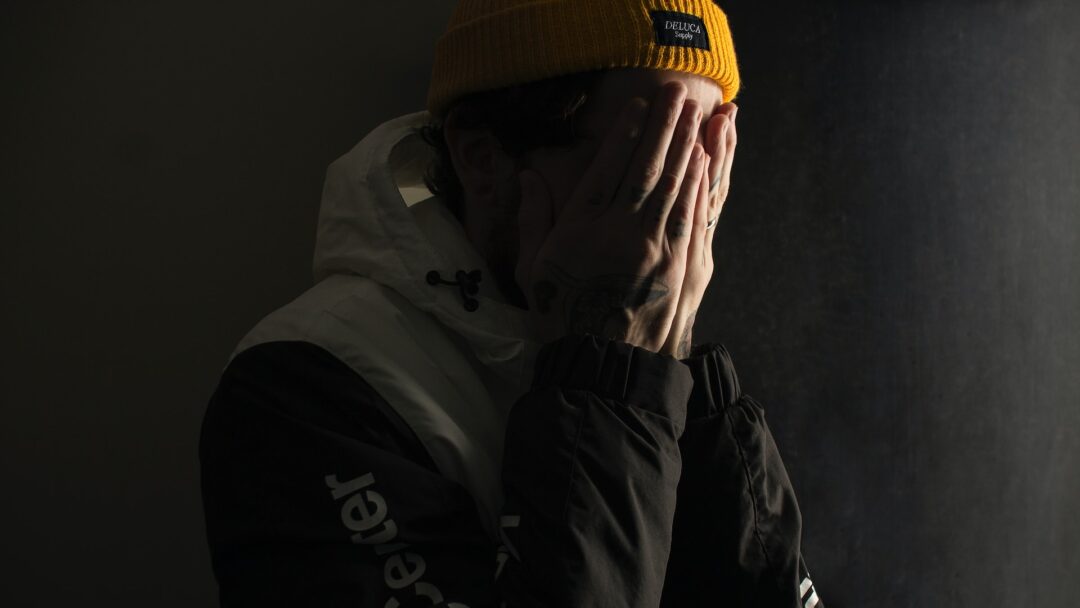 41. “Have no regrets. The elderly usually don’t have regrets for what we did, but rather for things we did not do. The only people who fear death are those with regrets.” – Unknown

42. “A great source of calamity lies in regret and anticipation; therefore a person is wise who thinks of the present alone, regardless of the past or future.” – Oliver Goldsmith

43. “We cannot always change what has happened to us, but we can change how we react and how we live in the future. Living with no regrets is living successfully.” – Dr. Ellen Taricani

45. “Stop fretting about past decisions. They have provided valuable wisdom. Go forward without fear or regret.” – Paul Martens

47. “Regret is an odd emotion because it comes only upon reflection. Regret lacks immediacy, and so its power seldom influences events when it could do some good.” – William O’Rourke

49. “There is no point in regretting for things that have happened but it makes a big difference to think about a solution or idea to change the unexpected outcome or effects of the choices made.” – Lindsay Hallie

50. “When one door closes another door opens; but we so often look so long and so regretfully upon the closed door, that we do not see the ones which open for us.” – Alexander Graham Bell 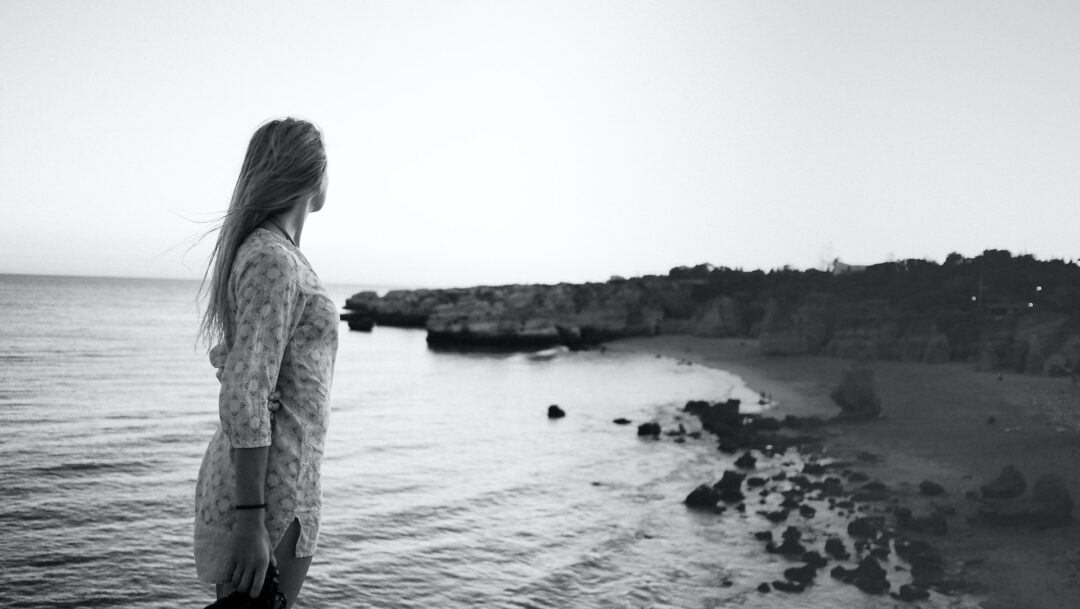 51. “I don’t dwell in the past; I don’t wallow in old events and emotions. I don’t waste time on regret. No use going over and over the details of what already happened.” – Yanni

52. “We must all suffer from one of two pains: the pain of discipline or the pain of regret. The difference is discipline weighs ounces while regret weighs tons.” – Jim Rohn

53. “If we don’t deal with the roots of our regrets, if we don’t make the choice to start over, the costs of what we’re missing out on can be enormous and will accrue exponentially over time.” – Dave Ferguson

54. “There is no need to lament on the bygone failures, instead concentrate on things that you can change and let other things take their own course.” – Robert Gallagher

55. “The longer our trail of regrets, the more we tend to value the importance of making wise decisions.” – Bob Santos

57. “When someone you love says goodbye you can stare long and hard at the door they closed and forget to see all the doors God has open in front of you.” – Shannon Adler

59. “In the end, we only regret the chances we didn’t take, the relationships we were afraid to have, and the decisions we waited too long to make.” – Lewis Carroll

60. “Ever has it been that love knows not its own depth until the hour of separation.” – Kahlil Gibran

The Pain Of Regret Quotes 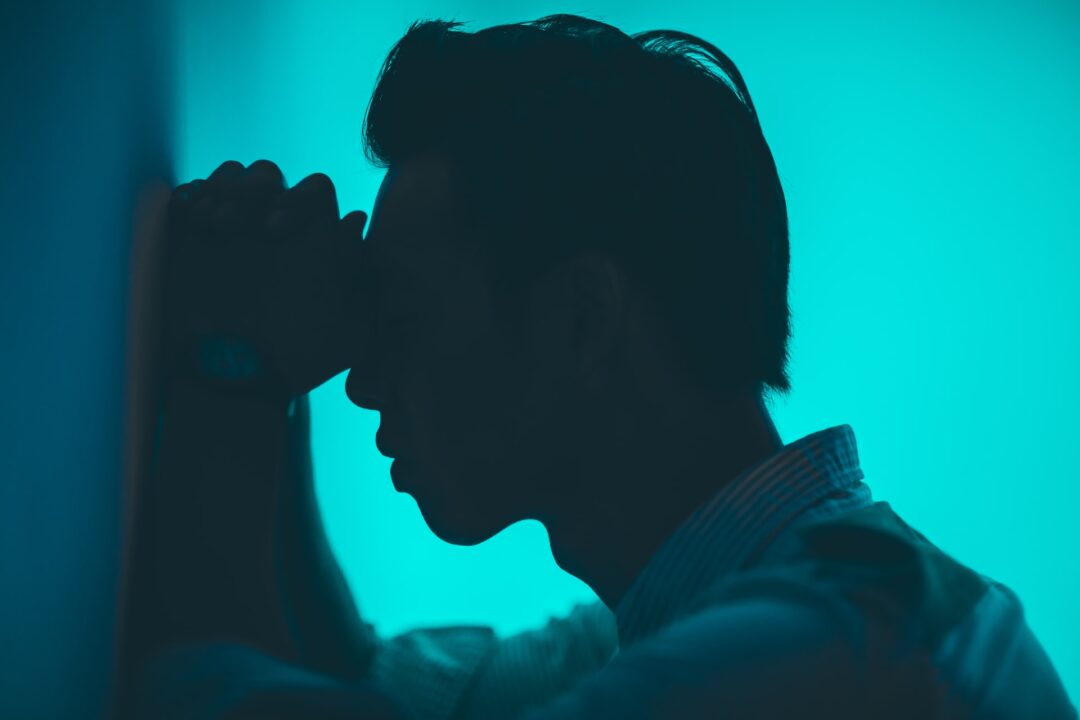 61. “There was once a love which I did not learn to cherish, it was only when I lost it that I felt extreme regret. There is no worse experience than such feeling.” – Unknown

62. “Don’t make my mistake. Don’t let yourself be so angry that you stop loving. Because one day you’ll wake up from that anger, and the person you love will be gone.” – Dawson’s Creek

64. “When you loved someone and had to let them go, there will always be that small part of yourself that whispers, “What was it that you wanted and why didn’t you fight for it?” – Shannon Alder

65. “Sadly enough, the most painful goodbyes are the ones that are left unsaid and never explained.” – Johnathan Harnisch

67. “Never ignore a person who loves and cares for you, because one day you may realize that you’ve lost the moon while counting the stars.” – Anonymous

68. “Never regret anything you have done with a sincere affection; nothing is lost that is born of the heart.” – Basil Rathbone

70. “Hurting people you love is the heaviest kind of regret.” ― Charlotte Eriksson

After all, you can’t help but regret it. After all, life isn’t always about making the right decisions. Otherwise, everything becomes stagnant, boring, and stuck. Making wrong decisions and making mistakes are all part of the process of personal development. If you loved these quotes please share them with your friends and loved ones and do visit us again.

Other Posts on Attitude and Happiness Related Quotes