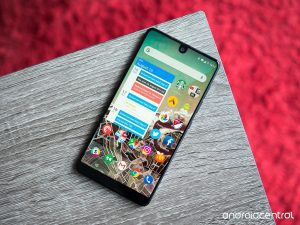 Essential Products Inc., co-founded by Android creator Andy Rubin, will reportedly go up for sale, and has even received interest from one potential buyer.

According to Bloomberg, the company has hired Credit Suisse Group AG to advise on a potential sale.

The startup, part of Rubin’s incubator Playground Global, has raised about $300 million from investors that included Amazon, Tencent and Redpoint Ventures. It was valued at $900 million to $1 billion last year. 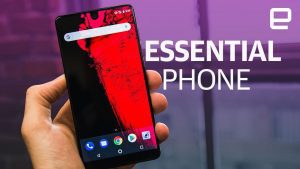 The original Essential Phone launched last August with a nearly all-screen front, unique ceramic casing and Android software that is almost identical to the stock version running on Google’s Pixel phones. Sprint released a large marketing campaign for the device, which was priced at $699.

At the time of the launch, Rubin explained that although the company was “up against industry giants that employ tens of thousands of workers to develop and deploy smartphones around the world,” Essential is focused on the consumer. 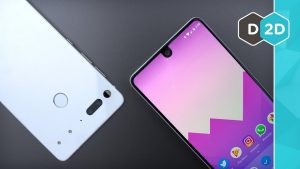 “Our 100-person team is made up of people who believe in putting the best experience for you above all else. That’s why we’re working around the clock to create products designed to fit your life — never the other way around — with the spirit of American innovation and craftsmanship imbued in every part we design,” Rubin wrote in a blog post.

The startup has spent more than $100 million on developing its first products, and had been working on a new smartphone model. That plan has since been canceled. 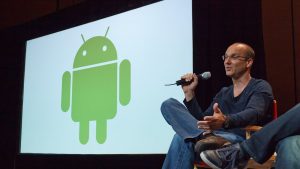 While no final decisions have been made, sources say that Essential is interested in selling the entire company, including its patent portfolio, hardware products like the original smartphone, an upcoming smart home device and a camera attachment for the phone. Essential’s engineering talent, including those hired from Apple and Google, would also be expected to be part of the deal.

18 Swimsuits That Will Make Absolutely Every Woman Look Freaking Hot

18 Swimsuits That Will Make Absolutely Every Woman Look Freaking Hot