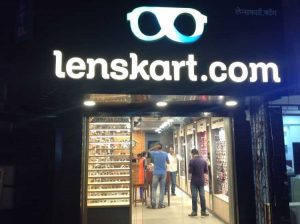 Online eyewear retailer Lenskart Solutions Pvt. Ltd. has picked up a minority stake in US-based 3D virtual try-on and frame recommendation tech startup Ditto for $1 million, reports PTI. Lenskart is already a client of Ditto and has integrated its 3D virtual frame try-on feature on its website and app. The company’s founder and CEO Peyush Bansal told the publication that currently they witness over 10,000 trials of the 3D try-on feature.

Following this deal, Lenskart will further integrate other Ditto features on its platform, including allowing users to share images of themselves wearing different frames on social media.

Ditto claims that its frame recommendation technology employs facial analysis, including shape of the face, features, measurements, skin tone, hair and eye color among others, before making a recommendation. While the 3D try-on feature lets users see themselves with the eyewear on in 180-degree.

The company also offers in-store iPad apps that allow customer service representatives at a physical store to capture a video of the customers’ face and then virtually display the selection of frames available. Given that Lenskart has been emphasising on expanding its offline footprint, this could be a feature that will soon make its way to Lenskart stores around the country. 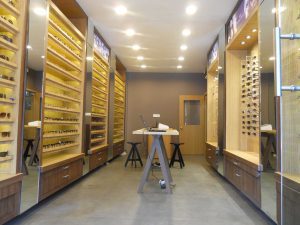 Lenskart financials:
In FY17, Lenskart posted losses of Rs 100 crore, down 12% from losses of Rs 113 crore in the previous fiscal year, according to this Financial Express report. However, it’s total revenues for FY17 stood at Rs 290 crore, nearly three times the Rs 100 crore revenues recorded in FY16. In FY15, the company’s losses stood at Rs 63.5 crore and total revenues reported was Rs 61 crore.

At present, Lenskart operates 350 physical stores across 80 cities and is expected to add a further 150 stores by the end of the current fiscal (March 2018). It’s worth noting that all Lenskart offline stores are operated under the franchise model. It also offers home services, including eye check-up, for which it has a team of 200 opticians. The company claims that thus far in this fiscal it has been witnessing about 2.8 lakh orders per month.

Funding:
In May last year, Lenskart had raised Rs 400 crore in a series D round of funding from the International Finance Corporation (IFC), an investment arm of the World Bank. The company had said that the funds will be used for strengthening its technology, supply chain, and lens manufacturing. As of now, Lenskart manufactures lenses and assembles frames at its unit in Okhla, Delhi, but is expected to move to a new manufacturing unit in Manesar, Haryana for which they will be investing Rs 60 crore.

In January 2015, the company had raised Rs 135 crore investment led by TPG Growth, with participation from Hong Kong based TR Capital and existing investor IDG Ventures for a significant minority stake.

How To Connect With The Most Influential People On LinkedIn