Bill Gross has founded a lot of startups, and incubated many others — and he got curious about why some succeeded and others failed. So he gathered the data from hundreds of companies, his own and other people’s, and ranked each company on five key factors. He found one factor that stands out from the others — and that surprised even him. 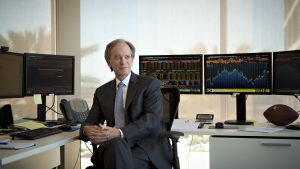 Then Bill Gross founded Idealab, an incubator of new inventions, ideas and businesses.

Bill Gross is the founder of Idealab, a business incubator focused on new ideas. (He’s now the chair and CEO.) He helped create GoTo.com, the first sponsored search company. He also created the Snap! search engine, which allows users to preview hyperlinks.

Gross has been an entrepreneur since high school, when he founded a solar energy company. In college, he patented a new loudspeaker design, and after school he started a company that was later acquired by Lotus, and then launched an educational software publishing company. Now, he serves on the boards of companies in the areas of automation, software and renewable energy.