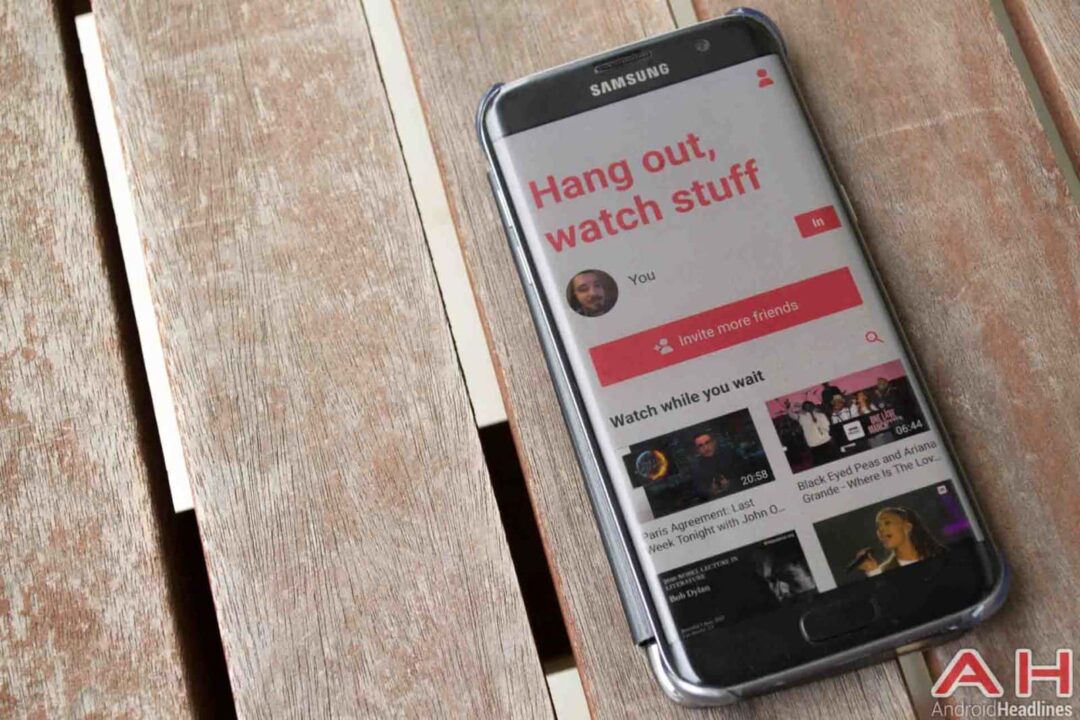 Tumblr has launched a new app, called Cabana, which allows a group of friends to video chat and watch videos together, in real time. The app is being introduced under the Tumblr brand, and will cater to the type of users who frequent Tumblr’s blogging service – teens and young adults – but it’s not currently designed to inter-operate with Tumblr’s product or take advantage of the existing relationships between fellow Tumblr users.

Instead, Cabana came about more through happenstance than strategic direction.

Tumblr founder and CEO David Karp ran into Jason Lee, Director of Product Management at Polyvore Labs, at a Yahoo leadership offsite earlier this year, where Lee was demonstrating the product.

Polyvore Labs is an internal incubator inside Yahoo – the company that acquired both Tumblr and the fashion site Polyvore in years past. (Yahoo is also in the process of being acquired by Verizon, which owns TechCrunch’s parent company, AOL.) The Labs group includes engineers, designers and product managers from the Polyvore team.

It has developed other products in the social and lifestyle space, but none have ever made it to a public launch, until Cabana. 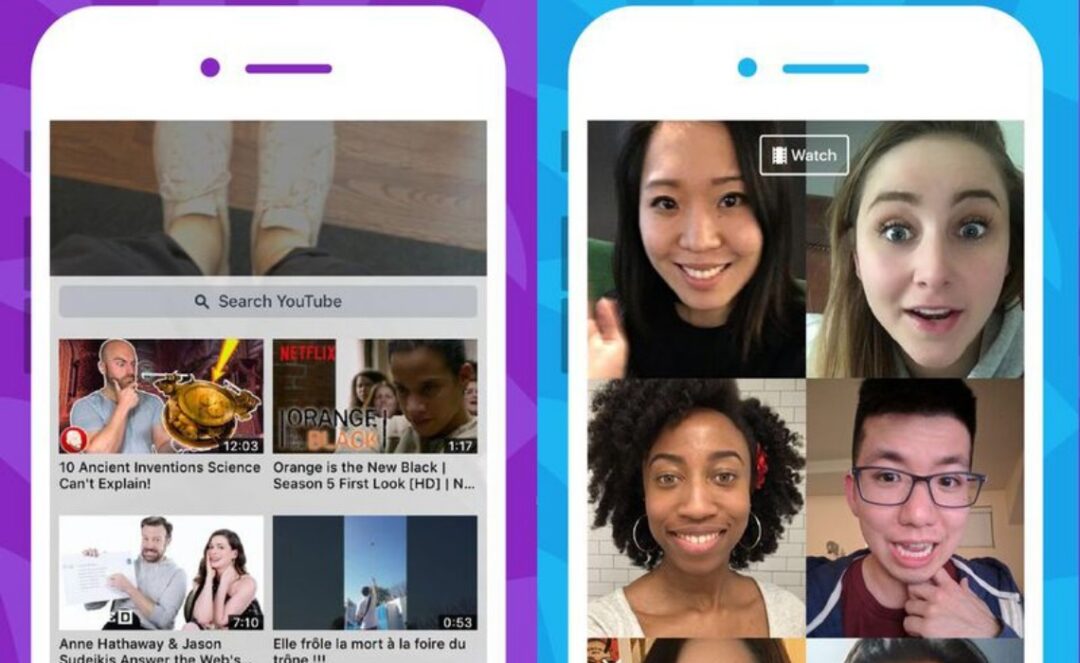 “It just immediately clicked for me as this experience that every internet-connect human has had at this point,” explains Karp, of having watched the Cabana demo. “You find something incredible on the internet – that latest viral video that’s hilarious or profound, or that obscure thing that means a ton to you – and then you’re dragging your friends over to your computer to watch it,” he says.

That same sort of thing also happens on Tumblr to some extent – people find interesting content and share it with others.

However, the difference between the two products is that Tumblr is essentially a network of strangers who share your interests – perhaps in anime, or art, or some TV show fandom – but Cabana is meant to be used with a group of real-life friends.

If this sort of co-watching experience sounds familiar, it’s because there’s quite a bit of action in this space already.

The recently funded iMessage-based video chat app Fam has plans to move into the area of group video viewing, but there are existing apps from others who are doing this as well. We recently covered one of those efforts called Let’s Watch It!, an app for watching YouTube or Twitch videos with friends.

But truthfully, there are a slew of services for group video viewing, including Gaze, MyCircleTV, ShareTube, Togethr TV, Rabbit, Rave, and many, many more. Even YouTube is experimenting in this space with an app called Uptime.

The co-viewing experience is also more broadly part of the appeal of the newer live-streaming video services, like those from Twitter’s Periscope and Facebook Live.

So the question is not really whether co-watching is going to be a thing – it’s a thing – but, rather it’s who will win this thing if this is a thing that is to be won. 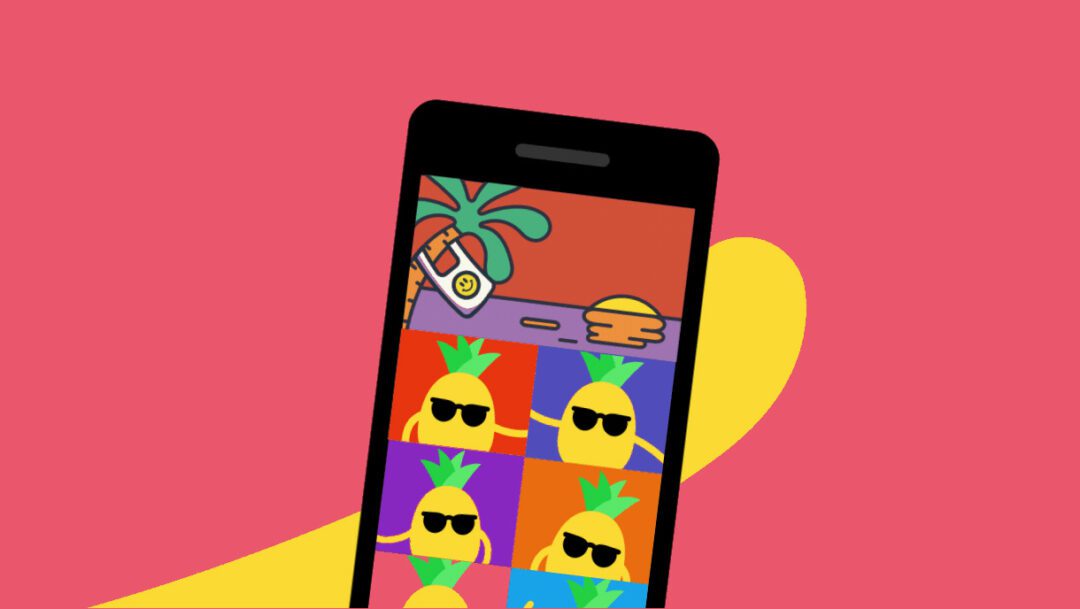 In Cabana, up to six friends can hang out in a “room” in the app, where they share videos from YouTube that they watch together, in real-time and in sync. You can participate in only one room at a time, but you can leave and rejoin rooms freely.

You can add friends by username or upload your address book from your phone to find your friends, then either create a room to hang out in, or join an existing one. These rooms can be public or private – the latter by “locking” the room – and you can invite friends to come in by tapping “Hey!”

Once you’re in a room, you’ll find the tools to lock the room, flip your camera around, mute your mic, add friends, as well as search for videos and share them with the group. Friends can even swap out the currently playing video for another at any time. You can also exit the room to browse your phone while the conversation continues, which puts you on “Pause.”

The app was built in just two months’ time, says Lee, and was designed to offer a spontaneous feeling and experience.

“In Cabana, we try to blend the experience of hanging out and watching,” says Lee. “We keep your face front-and-center along with the video. Instead of focusing on text-based on emoji-based conversations, we give you friends’ full face and range of emotions…we think that’s pretty unique and differentiating feature that allows you to really recreate the experience of being together while you’re apart.”

“The thing I thought was so cool when Jason demoed this is that just it seems so human…they captured this type of hanging out that so many of us do,” adds Karp. 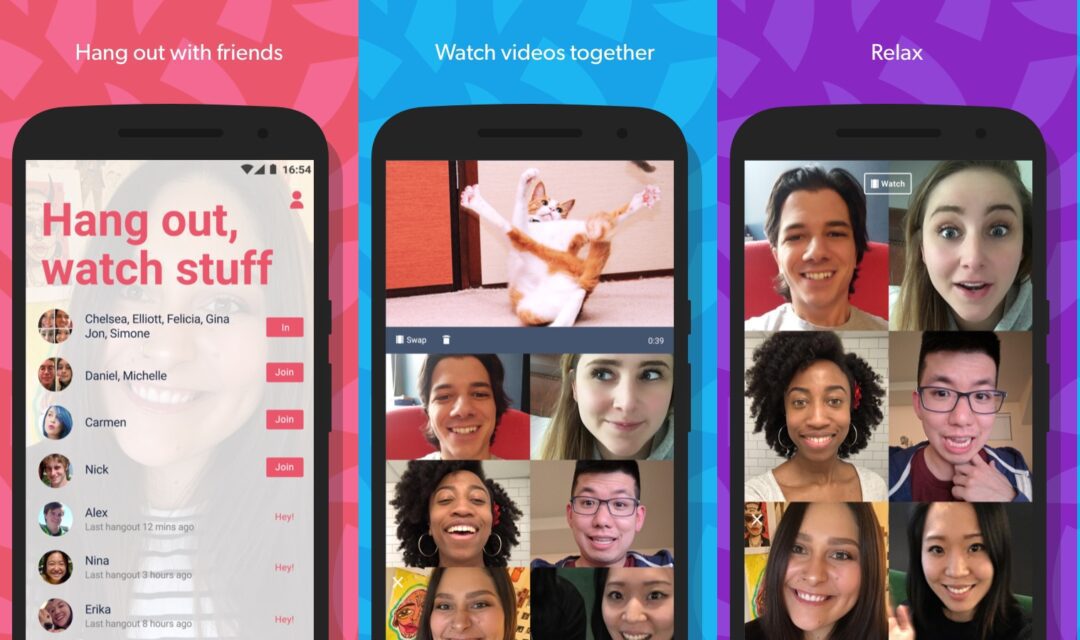 A new home for brands ads

YouTube’s videos are available through an API integration in Cabana, not an official partnership, to be clear.

But assuming this proves popular, Cabana could expand to include videos from other social sources in the future.

Karp sees a path for this, having taken a similar position with regard to live video on Tumblr. The company had originally considered building out its own video platform and publishing tools, but later decided it made more sense to work with partners, like YouTube, YouNow, and others when it came time to move into the live video space itself. Cabana could eventually do the same.

There’s also overlap with Tumblr when it comes to brand advertisements, Karp believes. The brands currently advertising on Tumblr may want to reach a similar, young demographic – those aged 13 through 18 – through the Cabana app. (Over half of Tumblr today is teens and millennials, ages 13-34).

But there is not advertising in Cabana at launch, nor a definitive plan as to how it would be integrated in the future.

While Cabana is the first standalone social app to emerge from Tumblr, it’s not the first time Tumblr has tried to branch out into other mobile apps . Back in 2012, it launched Photoset, a separate app for posting photos to the social web, including Tumblr. (This app was later shut down.)

But though it’s a separate product, it’s not a pivot for Tumblr itself. The site today is still active, with over 340 million blogs on its platform. The company declined to share its active user base, but one third-party report from early 2016 pegged Tumblr as having 23.2 million users here in the U.S. Tumblr is available worldwide so this is not the full picture, though the report did claim that it would add fewer users over the next few years than rivals like Facebook, Instagram, and Pinterest.

The issue for Tumblr is that the way users are connecting today on mobile is changing – we’re more likely to message and chat, than share blog posts. But Tumblr claims it has made the mobile transition, saying over 80% of its users access its service on mobile. Still, Cabana could help Tumblr enter the new era of video chatting, if it succeeds

Top 8 Smartphones Under Rs 15,000 That Are Truly Pocket Friendly!!