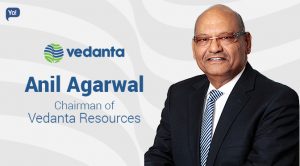 Anil Agarwal, the founder, and chairperson of Vedanta Group is set to launch a $1 bn venture capital fund to invest in startups. Reportedly, the fund seeks to invest majorly in potential startups operating in the space of natural resources. It is probably the first natural resources-focused venture fund established by an Indian industrialist.

Anil Agarwal controls Vedanta Resources Plc through Volcan Investments, a holding vehicle with a 61.7% stake in the business. He started in the mid-70s by trading scrap metal collecting it from cable companies in other states and selling it in Mumbai. He is now counted among the prominent business tycoons globally. 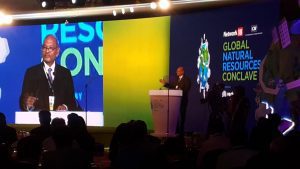 The Vedanta Group’s portfolio of mining businesses includes precious metals and minerals, base metals and minerals – copper, nickel, niobium and phosphates and bulk commodities – iron ore and manganese, metallurgical coal and thermal coal. The company is headquartered in London and is claimed to have revenues worth $15 Bn. As shared in a media statement by the firm, more than two-thirds of the Vedanta Group’s revenues come from India and the rest flow from outside.

With the new venture capital fund, the average ticket size for the investment can be expected between $769K – $30.75 Mn (INR 5 Cr – INR 200 Cr). The platform will assist entrepreneurs whose ventures are connected with his diverse commodity businesses. “I only know my (natural resources) sector well and so a partnership will help these ventures blossom in and around Vedanta Group,” as stated by Anil Agarwal To ET. 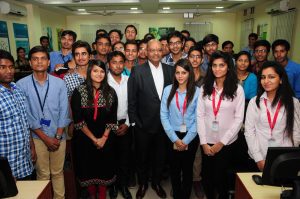 As per media reports, Anil Agarwal finds Indians to be one of the most enterprising when it comes to setting up new businesses and one of the most intelligent ones globally. Thus, he wants to tap young entrepreneurs from IITs and IIMs, where most top Indian talents study, and fund them. He also revealed that the structure under which the fund will be set up is yet to be decided. “We are still debating if the fund will be through the company (Vedanta Ltd) or in an individual capacity,” he said.

At the same time, reports also surfaced that Ratan Tata will soon launch a venture capital fund with a corpus of around $100-150 Mn. Ratan Tata is already an active angel investor and is running the investment firm, RNT Associates. His investments include stakes in three of India’s unicorns including Ola, Snapdeal, and Paytm. He has also invested in Teabox, First Cry, Urban Ladder, Zivame, Kyazoonga, MUrgency, etc. Also, Sajjan Jindal’s JSW Group has set up a $15 Mn(INR 100 Cr) venture capital fund to provide financial assistance to early-stage companies. Babbel apžvalga ir įvertinimas

Anil Agarwal, in a June 2017 interview with Money Control stated that he expects more and more entrepreneurs to open hundreds of mines. He particularly sees Rajasthan as a flourishing area in the respect. As compared to global 10%, in India only 2-2.5% explorations happen currently. Thus, with his new venture capital fund for startups, he certainly eyes a new future for the startups in the space of natural resources as well as for Vedanta Group.

The Chatbot Revolution Will Change Everything

The Chatbot Revolution Will Change Everything